Set in an American foster care facility, Short Term 12 was this year's narrative feature Grand Jury Winner at SxSW in Austin, Texas, and has since gone on to because one of 2013's big indie darlings. In the film, Grace (Brie Larson, a name to remember) witnesses her own troubled past emerging in the lives of the neglected children in her unit (and make you you don't call them "underprivileged"). The drama pretty high-strung, but it lets you feel good in the end, and it's not difficult to see why this is winning over critics and audiences alike.

What to say to promote a programme of Bette Davis films? Surely nothing is really required, what with her name looming, monolithically, over even the directors' credits for these titles. William Wyler? Robert Aldrich? King Vidor? These pictures have Bette Davis in them. They're Bette Davis films. Credited in the programme notes as "the only actress to vie with Barbara Stanwyck as the greatest to emerge from the studio system" - here I was thinking it was no contest. "I will never be below the title." Precisely.

MDFF, the production company that's brought us films like Tower and East Hastings Pharmacy, continues their exciting screening series of buzzed-about films by DIY filmmakers. This time they're presenting a double feature by two young female directors, with both films having Canadian connections. Ma belle gosse (My Blue-Eyed Kid), by native Torontonian Shalimar Preuss, concerns seventeen-year-old Maden, who spends the summer in France at her family's holiday home with her siblings and slowly becomes involved in a romantic correspondence with an older male inmate at the nearby prison. Fogo is set on Fogo island off the coast of Newfoundland, is directed by Mexican filmmaker Yulene Olaizola. The hour-long doc-fiction hybrid is languid, austere, and incredibly haunting. 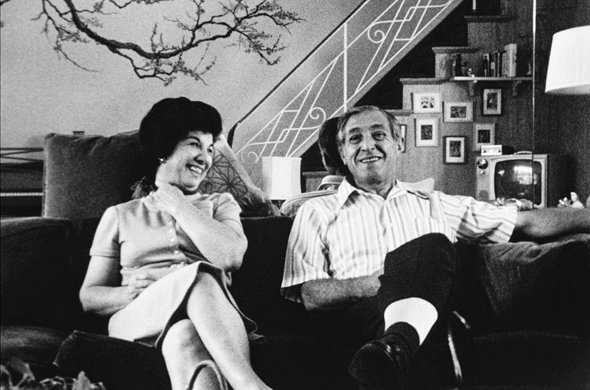 Guest-programmed by Derek Jenkins, this special edition of the Early Monthly Segments series delivers a 16mm print of Alfred Guzzetti's delightful 1975 document of his own family, who recount their lives in both Italy and the US. "In Family Portrait Sittings, [Guzzetti] offers nested removes: a rememberer speaks, a still image floats, a film bleeps and crackles out--the relationship between these objects never direct, only phenomenal and continuous. His subjects discover and encounter questions of radical politics, of reproduction, of labour (aesthetic, domestic, provisional) stowed in the shoebox of practical history." Donations of $5-10 graciously accepted at the door.