This Week in Film: Watermark, Burning Down the Suburbs, Kevin Jerome Everson, and the Toronto Palestine Film Festival

A Special Presentation at TIFF early this month, Canadian docmaker Jennifer Baichwal once again joins forces with Edward Burtynsky (whose work was featured in her landmark Manufactured Landscapes) to show the world just how dependent we are on the not-as-unlimited-as-we-think resource known as water. With crisp, professional-grade photography of both natural and man-made structures, it ought to look awful pretty up on a big screen. 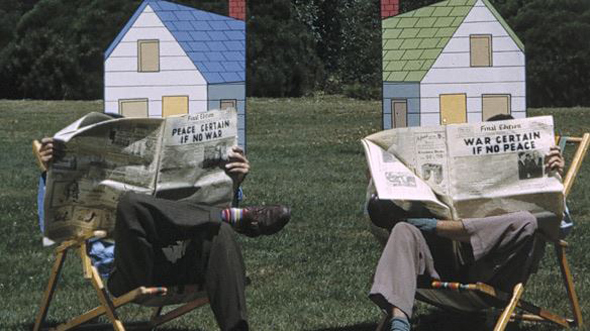 This is the first of three screenings in the Land|Slide series, which will run for the next three Saturdays at the Transportation Hall in the Markham Museum. Curated by Scott Birdwise & Clint Enns, "Burning Down the Suburbs" is a six-film program dealing with the "realities and imaginaries, the facts and mythologies of the suburbs." Including 16mm prints of films by Norman McClaren and Diane Bonder, as well as more recent videos by Chris Chan Fui Chong and Clive Holden, among others. There are free shuttles running between MOCCA (leaving at 2PM and 5PM) and Markham Museum (6:30PM and 10PM), so no transportation excuses!

The Free Screen - All Down the Line: Films by Kevin Jerome Everson (Thursday, October 3 at 6:30PM; TIFF Bell Lightbox) 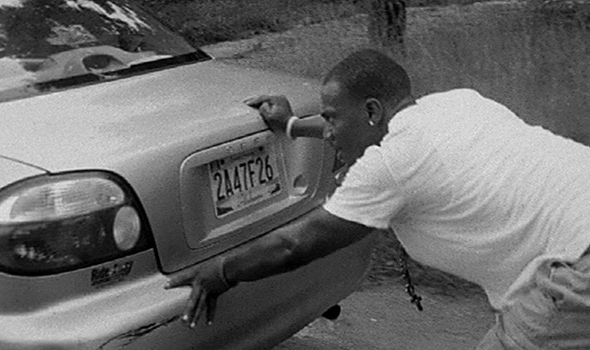 The first of a two-night Kevin Jerome Everson binge at the Lightbox, this first Fall edition of The Free Screen compiles some of the highlights from the last six years of the Ohio native's short film work, which amasses to form one of the purest and most fascinating portraits of African American life and labour in avant-garde (or any) cinema. Everson will be present to introduce his films both for this program and the next evening's screening of his most recent feature, The Island of St. Matthews.

"The Toronto Palestine film festival is ready for anyone who didn't get enough of a film fix from TIFF. Only in its 6th year, this festival has quickly established a strong audience for its selection of Palestinian film and music. In addition to highlights from the year's best Palestinian films, there is also an annual art show and the very popular Palestinian Brunch, one of the hottest tickets of the festival." To purchase tickets online, go here.