Woody Allen is one of the most erratic filmmakers working today; this is in large part, no doubt, due to the fact that he directs at a rate of one film per year. And each year, when his latest is unveiled, it's always met with critical hyperbole, designating it as either his best or his worst film in decades. This tradition has held up for Blue Jasmine, loosely adapted from Tennessee Williams' play A Streetcar Named Desire and Allen's first's film to be set in San Fransciso. The good news is that the critics' cries this time are on the positive side, and the really good news is that they're mostly correct. Not exactly his best in decades, it is at least Allen's best film since Vicky Cristina Barcelona.

Blue Jasmine finds Cate Blanchett as the titular Jasmine (a character whose name, in the original play, was Blanche; Blanchett actually performed the part on stage in Sydney in 2009 as Blanche, but I guess Allen was unamused by the approximate synchronicity in nomenclature). She's left New York to live with her sister (by adoption) in the Bay Area, to get back on her feet after a financial scandal wiped her now-ex-husband (Alec Baldwin), and therefore her, clean. Bitingly funny in parts with a wonderfully neurotic tone, the film is ultimately a fundamentally feminist portrait of a woman who makes herself so subservient men that she renders herself useless to society beyond her role as a consumer. Jasmine's awakening to this reality is depicted with unflinching brutality.

The plot is fairly thin: a British man (Toby Jones) arrives at an Italian Giallo production studio to generate a post-dubbed soundtrack for a sleazy horror film. While watching Peter Strickland's sophomore feature, you may find yourself losing interest, zoning out here and there, and perhaps deciding that you're bored. What's really going on, though, is that by building a distinctly entrancing rhythm and developing a numbing monotony, Berberian Sound Studio develops a distance between you and the narrative so that certain crucial changes in characters' behaviours and the plot aren't immediately apparent. Instead, things advance imperceptibly, so that when you realize where they've arrived, the foundation has hauntingly vanished from sight and memory. First and foremost a mood piece, it's a film with an unnerving (and occasionally enervating) effect unlike any other I've ever seen.

Last year we got The Mother and the Whore, and this year it's A Brighter Summer Day that serves as the summer's token screening of a super-long, impossible-to-see world cinema masterpiece. Edward Yang's 4-hour opus, set in Taipei in the 1960's, finished at #84 on last year's Sight & Sound poll of the greatest films ever made and features over a hundred different amateurs actors in non-disposable roles. It is, in all likelihood, the best Chinese film ever made (that more or less depends on how you feel about Wong Kar Wai), and it screens on Civic/Provincial Day, so there's no excuse for missing the screening, even if it is, hopefully, a bright summer day.

Dan Sallitt was primarily known for his astute and invaluable insights as a critic and blogger, having written for the L.A. Reader and MUBI.com, until he released his third feature film, The Unspeakable Act, in 2012 and everyone went gaga over how fantastic it is. Because Canadian distribution has a kink in its think when it comes to cutting edge American independent cinema, films by Aaron Katz, Joe Swanberg, Alex Ross Perry, and the rest of that very talented movement have had their Toronto exposure limited to one-off Refocus screenings. Falling in line with this sad state of affairs, MDFF (i.e. the folks behind last year's great Tower) have decided enough is enough and are personally bringing Sallitt and his film to Double Double Land for this one-night-only screening and Q&A. The Facebook event already has more confirmed attendees than the venue's capacity, so arrive early if you want to guarantee yourself a seat. 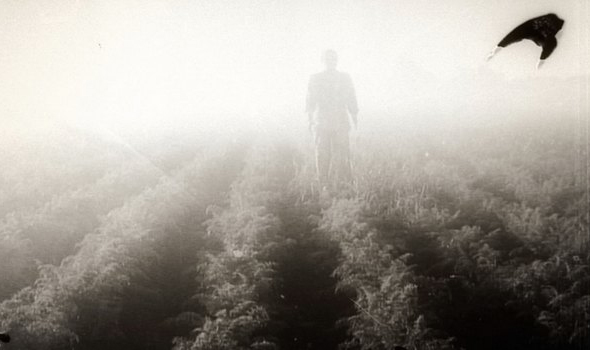 Two medium-length films by Toronto filmmaker and York Film professor Phil Hoffman. The first is a 16mm print of his 1988 film passing through / torn formations and the second his latest project, a 2012 video piece titled Lesson in Process. Both meditations on travel, the latter is a collaboration with a group of students from Cuba's famed Escuela Internacional de Cine y Televisi贸n de San Antonio de los Ba帽os, where Hoffman was engaged to teach filmmaking workshops from 2010 to 2012. The screening is free in accordance with the tradition of the The Free Screen always being free.