10 movies getting the biggest advance-buzz at TIFF 2013

Well, it's here. In officially unleashing the complete line-up and schedule for the 2013 Toronto International Film Festival this week, North America's largest cinematic event kicked off 16 days of pre-festival madness. Now that we're all scurrying to schedule time off, narrow down wish lists, finalize advanced ticket forms and mentally prepare for some seriously over-ambitious movie binging, it's time to take a closer look at what to look forward to at this year's festival.

To launch our TIFF13 coverage, I've outlined a list of the most buzzed about titles to be found in this year's festival. From top prize-winners at other major festivals, to anticipated titles from world cinema's leading auteurs, to new projects from Canada's biggest talents, these ten films ought to be some of the harder tickets to come by.

12 Years a Slave
After Hunger (2008) and Shame (2011), British video and installation artist Steve McQueen has made it clear that he is, and will continue to be, a major presence on the international film platform. His continuing collaboration with actor Michael Fassbender is one of the most interesting actor/director combos currently active, as the two consistently tackle controversial and boundary-pushing subject matter. This third picture for the duo, which is having its world premiere in Toronto, is based on the true story of a 19th-century freeman kidnapped and sold into slavery in the Deep South.

August: Osage County
Meryl Streep, Julia Roberts, Juliette Lewis, Gala Presentation, 'nuff said. But to give a little bit more info, the film takes as its source the darkly comedic, Pulitzer Prize-winning play of the same name, written by Tracy Letts, telling the story of a group of strong-willed women (which, based on the cast, duh) whose lives have diverged until a family crisis brings them back to the Midwest house they grew up in, and to the dysfunctional woman who raised them. Best Actress experts, look here first. Pack your hankies.

Blue is the Warmest Color
The winner of the Palme d'Or at this year's Cannes film festival, under-rated director Abdellatif Kechiche's sizzling epic of intimate proportions details the sprawling relationship between two young French girls (performed so well by actresses Léa Seydoux and Adèle Exarchopoulos that the Steven Spielberg-led jury decided to award them a Palme d'Or, too). Controversial for its sexual frankness and extended sex scenes, the extremely divisive film has struck up an intense dialogue since its Cannes victory about the ethics of female and lesbian representations in movies.

Prisoners + Enemy
It's been three years since Denis Villeneuve took Canadian and international audiences by storm with his inflammatory (sorry) melodrama Incendies, but those mourning his extended absence from movie screens will be pleased to find that he has not one but two new films in the festival this year. Both star Jake Gyllenhaal: one (Enemy) is an adaptation of Nobel Prize-winning author José Saramago's novel The Double, with the other, cast alongside Hugh Jackman, detailing an investigation into the shocking disappearance of two young girls. If Villeneuve's recent output is anything to go by, these should be among the more riveting and suspenseful fare at this year's festival.

Gravity
Yes, it really has been seven years since Children of Men. After Alfonso Cuarón's visionary, idea-driven sci-fi spectacle wowed cinephiles, the main questions on their minds was "how can he possibly outdo this?" Then Gravity was announced, and early indications were that he'd have a shot at besting himself. Despite production beginning in early 2011, though, the film has encountered delay after delay in the effects stages. The wait is over, though (*knock on wood*), and regardless of its modest 93-minute running time, you can count on there being some pretty damn spiffy CGI in this one.

Labor Day
TIFF and Jason Reitman are apparently two peas in a pod. The latest film from the director of Up in the Air and Juno - both huge festival and Academy favourites in their respective years - centres on 13-year-old Henry as he confronts the pangs of adolescence while struggling to care for his reclusive mother, Adele (Kate Winslet). Featuring a loaded cast that also includes Josh Brolin, Tobey Maguire, and James Van Der Beek (who, apparently, is still acting), this might be one of TIFF's trademark awards season candidates, which they have a remarkable knack for unveiling. 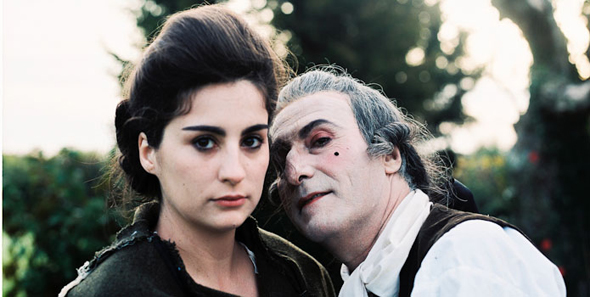 Story of My Death
Fresh off of being awarded the Golden Leopard in Locarno (that festival's top prize) last weekend, Albert Serra's new film looks to apply his highly unusual, wryly comedic style to a narrative surrounding Casanova and Count Dracula. Judging by his last picture - 2008's absurd, austere, and utterly wonderful Birdsong - this gothic epic might be the most curious and mysterious object in the entire festival line-up. 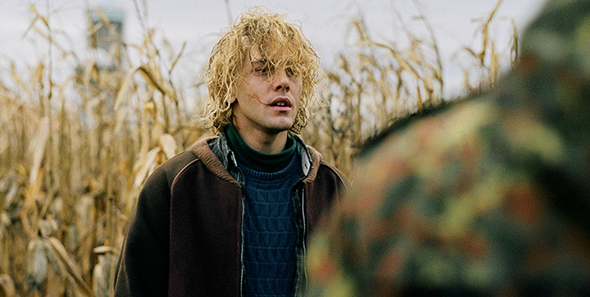 Tom at the Farm
Since making a splash and sweeping the awards in Cannes' 2009 Directors' Fortnight with his incredibly poised, melodramatic debut (I Killed My Mother), Xavier Dolan has gone on to showcase two more features in Cannes' Un Certain Regard section (including by far his best film to date, last year's excellent Laurence Anyways), and is now placing his chips in Venice's Competition slate - his first time competing in a major film festival. Tom at the Farm stars a notably un-prettied Dolan as a grief-stricken copywriter who stirs up trouble when he visits his dead lover's parents, and should see the young director's rapid rise to Canada's A-list continue. 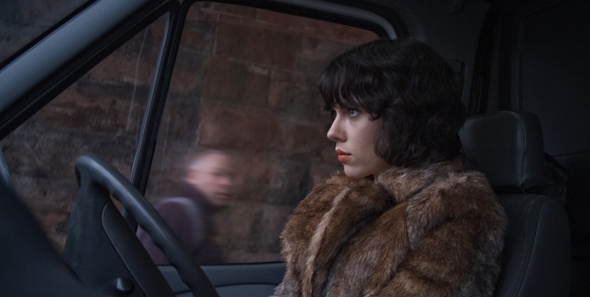 Under the Skin
If you sympathize with Alfonso Cuarón fans, be sure to save some spare back pats for Jonathan Glazer aficionados. Now nine years since his creepy, Kubrickian Birth, Glazer's latest has, like Gravity, encountered delay after delay in the abyss more commonly known as post-production. Returning in a mode that appears to be decidedly Birth-like, Under the Skin stars Scarlett Johannson as a seductive alien scouring remote highways and backroads for human prey. Sounds delicious.

The Wind Rises
People can't get enough of Hayao Miyazaki and the Studio Ghibli brigade, so much so that TIFF Bell Lightbox is returning their Ghibli retrospective - conducted barely over a year ago - for an encore this winter, no doubt returning due to popular demand. So you can rest assured that the Japanese animation master 's first film since 2008's Ponyo is going to be met with a crazy level of hype (there's a reason why he isn't programmed in the TIFF Kids programme). Described as his most unique film to date (which, if true: whoa), the film is vaguely summarized as a story of love and perseverance in a turbulent world.

What titles are you most looking forward to? Add films you're most excited about in the comment thread below.

Thanks to Grolsch for sponsoring our coverage of TIFF13