Say what you will about Roland Emmerich, but at least his films own up to their own ridiculousness - even delving into self-parody - without pretense (cough!). For his latest popcorn spectacle, Emmerich takes the money shot from Independence Day and extends it into a feature-length vehicle through which Channing Tatum is able to save the President of the United States (Jamie Foxx) from a paramilitary invasion. No art, all artifice, yet it's fun - pretty much America in a nutshell. 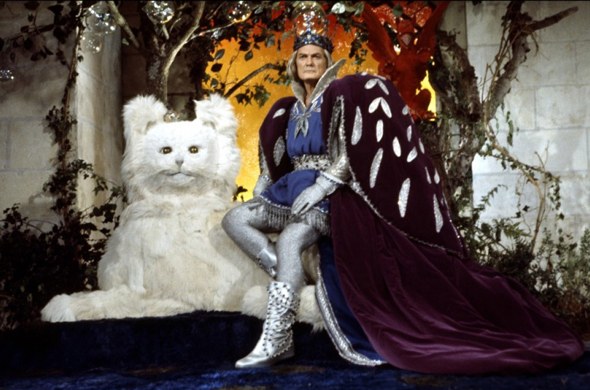 Now that the above image has had a chance to sink in for a moment, there's probably no need for persuasion. (The still is from Donkey Skin by the way, which is, for my money, Demy's most underappreciated film, and nearly his best.) Nobody constructs images quite the way Demy did, his palette favouring bright and bold primaries and secondaries, transforming even the most mundane scenarios of life into delirious enchantments (that is, when the film isn't already explicitly a fairy tale). But while his work is construed as summery, poppy, and full of charms, there was also a maudlin core to his films, whether stemming from love lost, political unrest, or both.

The centerpieces of essence of his filmography, and how it evolved, can be found in his two all-sung musicals, The Umbrellas of Cherbourg and A Room in Town. The former likely requires no introduction, while the latter will almost certainly, unfortunately. A Room in Town hasn't been available for over two decades, and cuts into its light, romantic tone with brutal protests, frank nudity, gruesome death, and tragic fatalism. It's a balance not easily achieved, and can be found, masterfully negotiated, in every one of his films. 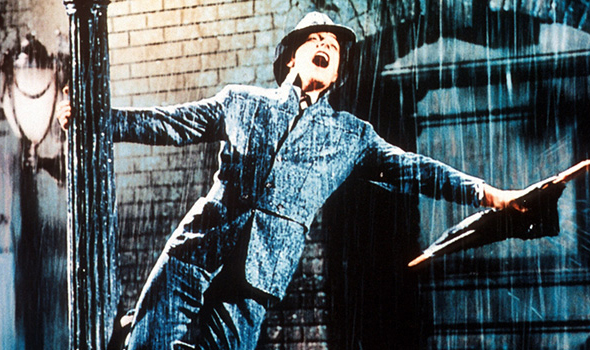 As a component to their complete retrospective, TIFF is also concurrently showcasing a program of Jacques Demy's favourite films. Fortunately for us, the man had excellent taste in cinema. From Vincente Minnelli's vibrant, techinicolor musical An American in Paris, to the poetic realism in Jean Vigo's sole two features, to Max OphĂźls' perfect The Earrings of Madame de..., the series is a great chance to catch up with a handful of canonical classics, which will enrich your knowledge of both Demy and the medium as a whole.

In celebration of Canada Day weekend, the Bloor is hosting a special summer screening of the classic Canadian comedy Meatballs. "Released in 1980, the summer-camp comedy Meatballs instantly became a box office hit and established a young Bill Murray (in his first feature role) as a star." The event is billed as a"campfire party" because the evening invites the audience to engage in various camping activites, complete with camp competitions around the virtual bonfire on the big screen and a guitarist providing live camp-classic accompaniment for the festivities. Tickets are $20 ($17 for Bloor Hot Docs Cinema members) and includes two drinks.

"The Italian Contemporary Film Festival (ICFF), now in its second year, takes place during Ontario's Italian Heritage month, and as the only Italian film festival in Canada, ICFF celebrates all things Italian with screenings of a selection of quality films in three GTA venues, in Italian or other foreign languages subtitled in English. During the 11 day event, you'll be able to see an incredible array of contemporary film." Go here for our complete preview of the festival, including a list of the five films most worth checking out.

Lead still from White House Down.