Last year's best debut feature (and the biggest snub from Canada's Top Ten) is finally getting its due with this exclusive engagement at The Royal. Director Kazik Radwanski has spent the last five plus years steadily crafting a body of character studies as trenchant as they are fragmentary. His films present emotional climaxes, realizations, and developments in his characters' lives, and do so within fragmentary structures that make the films feel like chunks from much broader narratives. A signature of his shorts and this feature is that they tend to end at the moment they reach a dramatic apex; the satisfaction lies in the details and nuance of the world on scren.

With Tower, the protagonist, Derek (the most distinct Canadian movie character in some while), is a vehicle for mining a particular feeling of stasis and complacency that becomes palpable somewhere between finishing college and integrating into the 'adult world.' Derek - in his early-mid thirties - exudes real-world inadequacy, having wallowed in half-assed false starts for a decade; he hovers within routines that inevitably turn rancid, which then plaques onto every other facet of his lifestyle. He's clearly intelligent, yet too cynical to function in any sort of social circle or working environment. To see a character meander through the travails of such utter mundanity and have that experience, for the audience, be so entrancing is a sure-tell sign of great things to come.

*Note that each night there will be a different, acclaimed Toronto-made short film preceding the film. (Shameless self promotion, etc., My own 3D short, Many a Swan, will be the pre-show entertainment for the February 28 screening.)

Every Friday during the school year, U of T's Cinema Studies Student Union blesses Toronto cinephiles with free-of-charge screenings of great films, and they're usually on 35mm. Out to prove that they really can be more charitable, they've decided to give us three free films on 35mm this Friday. They're all horror films, and all from 1976-77. Best of all is the early, classic Cronenberg they've put in there to lead off the night, which is reason enough to make it a priority event.

The Free Screen - The Road Ended at the Beach and Other Legends: Parsing the "Escarpment School" (Thursday, February 21 at 6:30PM; TIFF Bell Lightbox) 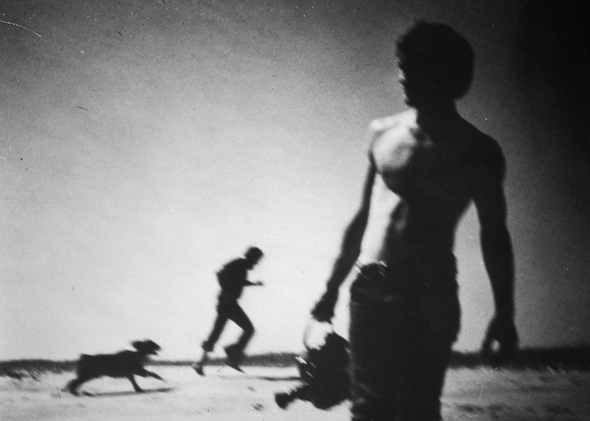 The Escarpment School is a generation of Canadian avant-garde filmmakers who came of age circa the late 1980s. As Mike Hoolboom, a member of the school, describes, "Their work often reflects on absence and death, typically contrasting the camera's movement through landscape in the present with a memory condemned to history. These pastoral sojourns make the simply visible into a sign for all that cannot be brought before the camera's even stare." This is the first event for The Free Screen in 2013, and is curated by another of the Escarpment filmmakers, Brett Kashmere. The program includes some of the greatest experimental cinema produced in the '80s and '90s. In person at the screening will be filmmakers Brett Kashmere, Phil Hoffman, Mike Hoolboom and Lorne Marin. 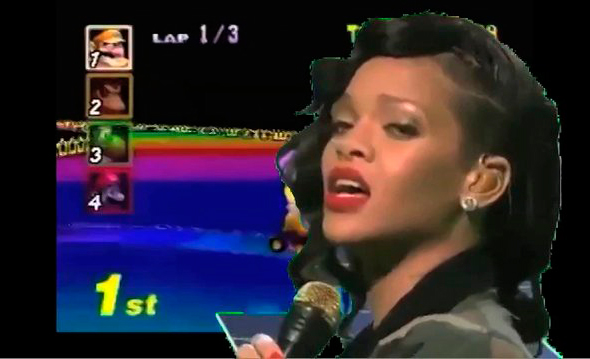 A new exciting event in Toronto that aims to parse the connections emerging among video games, video art, and avant-garde cinema, Vector will spend its five days addressing contemporary creative practices that "peel back to curtain of gaming and its cultures, positing games as tools and inspiration for contemporary art making." Comprised of screenings, performances, panel discussions, and gallery exhibits at Interaccess, VideoFag, Bento-Miso and Propeller, Vector looks to be one of the most comprehensive and educational conferences on video game aesthetics ever attempted in Canada. Tickets for all Vector events are on sale now; go here to see their (very reasonable) prices and program schedule.

The 10th anniversary of the Reel Artists Film Festival is kicking off for the third consecutive year at TIFF Bell Lightbox. Organized by the Canadian Art Foundation, the five-day festival consists of eight features and nearly a dozen short films; all documentaries focusing on some of the biggest names in the art world, as well as topical issues such as the impact of discontinuing Polaroid film. Artists featured in the festival include Damien Hirst, David Altmejd, Mark Lombardi, Eric Fischl, and Mario Garcia Torres, among others. Regular tickets are $12, with senior and student tickets discounted to $8. Buy online at the festivals website.

Also celebrating its 10th anniversary, the Human Rights Watch Festival this year presents one of its best line-ups in recent memory. The festival annually spotlights films that confront global human rights issues and injustices, from North Korea to Northern Ontario. Among other gems, HRW will present some of the biggest splashes from TIFF '12, including Pablo LarraĂ­n's No, Joshua Oppenheimer's The Act of Killing, and Marc Wiese's harrowing Camp 14: Total Control Zone.

The latter film left a particularly strong impression on the festival circuit last autumn after its Locarno unveiling. Using hand-drawn animation and a confessional recount of his life on the camp, the doc looks at Shin Dong-hyuk's experiences growing up and eventually escaping the forced-labor prison. While memories of betrayal and torture alone make for a singularly soul-crushing viewing experience, it's the final moments that leave the deepest impression, suggesting that the real world outside of the camp may not necessarily be the home away from home Shin had always hoped for. Check out our preview of the festival.