What happens when a perennial Canada's Top Ten 'winner' makes the best film of his career? He gets ousted from the club, of course. (Though really, how Denis Côté ever got noticed by that jury in the first place will always be one of life's most pleasant incongruities) So The Royal are picking up the slack and releasing it this week to show Toronto what they're missing. (And then they're releasing another Top Ten snub, Tower, in February!) Bestiaire, filmed at Quebec's Hemmingford Parc Safari, is a film about animals, and therefore humans; looking, and therefore being looked at; representing, and therefore being misrepresented. Deceptively and elegantly simple, it's the year's great minimalist film art work.

Or rather, Intro to Time, given Peter Mettler's rudimentary and naive inquisition into his central question of "What. Is. TIME?" Since the theme is so large and broad, the film aspires to the same, and therefore focuses on subjects that really have little to do with Time (sidetracks include LSD, circles, the Hadron Collider, and a rave). I'm usually all about sprawling messiness, but it's really just Mettler going out of his way to be Mettler, covering the same ground he's already covered in, eg., Gambling, Gods and LSD. The footage is TV grade polish and sparkle, ripe for airing on Discovery HD (where many of Mettler's films look like they belong); the exception, naturally, is an inevitable, climatic descent into avant-garde trippiness, intentionally recalling 2001: A Space Odyssey, a most unflattering comparison. 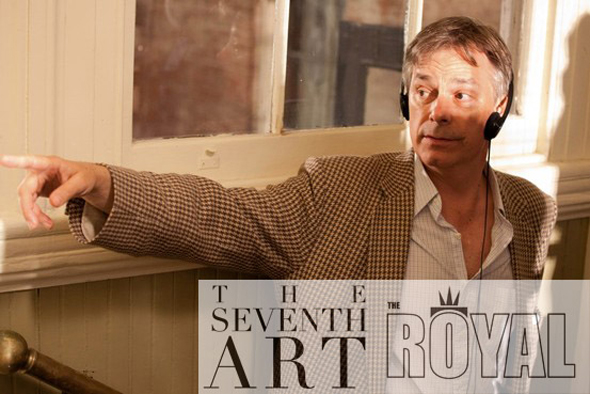 For Toronto, next Wednesday (and Thursday) is Whit Day. In the race for The Most Awesome, Unexpected, Last-Minute Director Spotlight of the Year award, we appear to have a winner. The Seventh Art, the exciting Toronto-based online video magazine, are starting what they call a 'Live Director Series,' and this is their first edition: Metropolitan on Wednesday, The Last Days of Disco on Thursday, Whit Stillman physically, emotionally, literally there in the building both days. Tickets are $15 per screening, or $20 for both, and can soon be purchased through The Royal's web site, or at the door for each night. Doors will open at 7PM. Merry Christmas.

Charles Dickens turned 200 years old last February, and December is Christmas time, so there is no better occasion for the presentation of this robust selection of the film adaptations of his classic work. Stretching from the silent era to Ethan Hawke, Dickens on Screen delivers Toronto families and cinephiles a well-rounded and exhaustive journey through his iconic toy box of poverty, privilege, scrooges, and some of the purest displays of human kindness to ever land on the silver screen.

Kicking things off, programme curator Adrian Wootton will introduce a screening of David Lean's classic Great Expectations (Thursday, December 13 at 6:15PM). The fourth of nearly twenty adaptations of this story, Lean lends the rags-to-riches tale a gothic and smoky mise-en-scene that is an obvious precursor to the enchanted ghoulishness of prime Tim Burton. But this is also a very realist film, so the metaphors for death, wealth, and karma pack a very direct and earnest punch, even while your eyes are dazzled by the stunning black & white. Voted one of the best British films of all-time, it's the perfect opener to a month sure to be filled with discoveries and nostalgia. 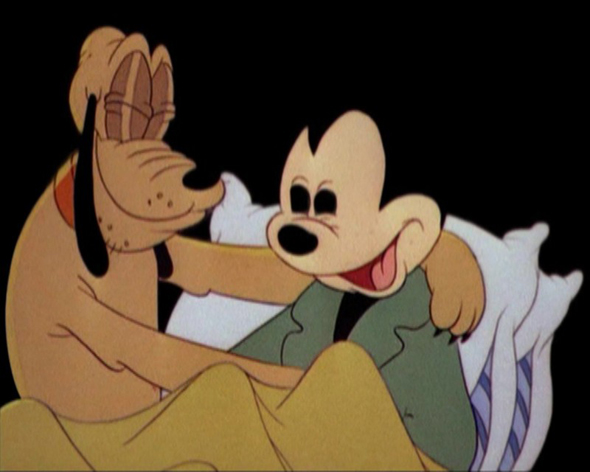 Pleasure Dome are presenting this awesome-looking programme of new video works (2008-2011) that "investigate our relationships to cultural iconography, taking apart what has been naturalized to us and re-configuring and transforming materials and meaning." There's a lot of Disney in here, especially Bambi and Snow White. The entire theme reminds me a little bit of The World, actually, which is reason enough to attend. Participating artists include Martin Arnold, Pilvi Takala, Elodie Pong, Martin Arnold, Persijn Broersen & Margit Lukács, Elin Magnusson, and Joshua Thorson. 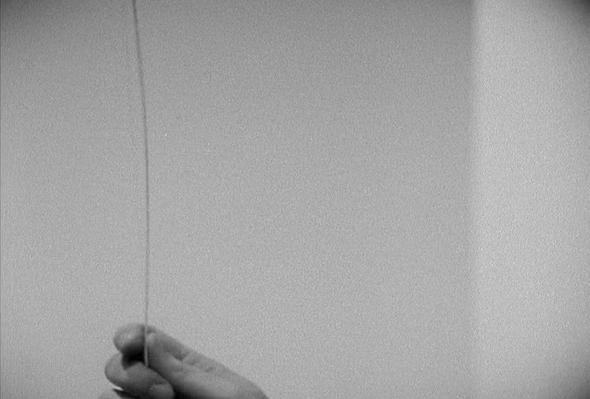 As part of the fund-raising campaign for Early Monthly Segments' supremely amazing Warren Sonbert retrospective last month, there was a donation level that allowed for the donor to program his or her own edition of EMS. Two donors who met that level were Mark Loeser and Christine Lucy Latimer, and this is the night for their selections. "Vincent Grenier's sublime Interieur Interiors (To A. K.) is featured between the Roses. In it, lines are woven between the frame, the spaces it displays, and the scratches etched on the film's surface over the years. Our thanks to EMS for this opportunity to guest curate and for doing what they do here in Toronto every month." - Loeser and Latimer