If you're one of the few Canadians who has no idea about what Life of Pi is, it'll probably look, on its surface, a bit like a crossing between Cast Away and The Jungle Book. While you wouldn't be too far off with that assessment, Yann Martel's 2001 novel and Ang Lee's long-in-development film adaptation are a great deal more spiritual in nature than either of those two were. I was surprised that this didn't play at TIFF (probably has something to do with the New York Film Festival's premiere dibs on their Gala screenings); if it had, I'd have been even more surprised if it hadn't (deservedly) picked up the People's Choice Award (*cough* see below *cough*). And to think that M. Night Shyamalan once had his hands on this project.

First, this is the best TIFF People's Choice Award winner in at least a decade (depending on where you come down on Amélie, maybe even two decades). That said, it's also director David O. Russell's least interesting and most problematic film, both terribly conventional and borderline offensive. Jennifer Lawrence plays a brilliant Juliette Lewis, but the implication that we can will our mental disorders away by falling in love is outrageous. But it's also a lot of fun and occasionally very sharp, as if the Russell we know and love is threatening to snap out of it at any moment.

Where are the Films of Nicolás Pereda? (November 22-25; TIFF Bell Lightbox)

Here. For the next four days, the films of Nicolás Pereda are here in Toronto. Pereda is a Mexican filmmaker who's taken up a home Toronto, so this retrospective can be considered a kind of homecoming. He made his TIFF debut in 2010 with Summer of Goliath, and has also exhibited at Images Festival, but in large part the films of Nicolás Pereda are all too elusive to us, considering he lives here and all. But I guess we can also imagine that the question posed in this series' title isn't meant to be taken so literally. After all, it's a question that's also present in many of the films themselves, which are so precariously labyrinthine in their design that they feel as if they could unravel at any moment.

That shouldn't at all be taken as a criticism. In fact, it's difficult to criticize a barely 30 year-old director who's made more than eight feature films and gets compared to filmmakers like Pedro Costa and Apichatpong Weerasethakul. The guy is still young, and he manages to hold his own despite wearing his influences on his sleeve. His latest hybrid film, Greatest Hits, which just made a splash at Locarno last summer, is true to its title: it not only appropriates characteristics from Pereda's cinema to-date, but might also be called his greatest achievement as well. Concerning a father figure's return to his close-knit, financially shaky family, Pereda combines deep-rooted concerns with masculinity and humanism with a playful structure of repetitions and recitations to create a truly unclassifiable cinema.

Screenings for Where are the Films of Nicolás Pereda?: 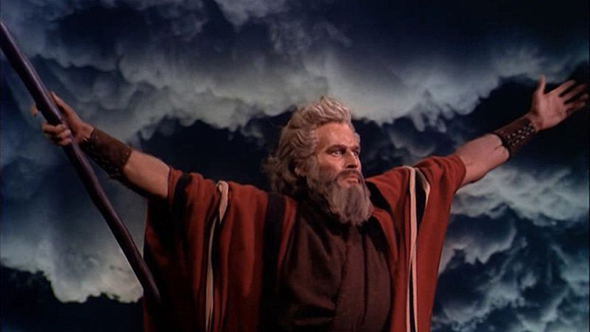 Pleasure Dome presents the Toronto premiere of Mike Hoolboom's Signes de Nuit Festival Grand Prize winner in a special co-presentation with the Toronto Palestine Film Festival. "Through an intricate analysis of the role of the father and the question of naming, Lacan Palestine offers an opulent collage that places the still-fledgling nation-state at the crossroads of psychoanalysis and permanent war." The screenings will be followed by a post-screening discussion with Richard Fung of Queers Against Israel Apartheid and Mike Hoolboom.

One of the best debut features from 2011 is finally getting its Canadian premiere courtesy of The Toronto Jewish Film Festival. They've got a new series going called Chai Tea & A Movie, and this is their second edition. The concept is pretty simple: show up at 4PM for chai tea and/or coffee, and then stick around for a film (usually starts about an hour later). The film itself is a moody police drama that details two sides of a climactic hold-up. Director Nadav Lapid takes us to bold places considering the genre, and the ending is a stomach-churning stunner. Tickets are $15 and be purchased in advance here. 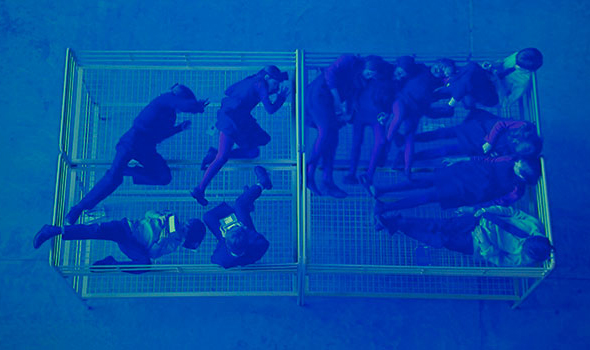 Here, free once again, is the latest edition of The Free Screen, presenting four films by Dominique Gonzalez-Foerster. Foerster, a French artist, "has been querying our relationship to built environments since the early 1990s, studying parks, urban enclaves and modernist architecture to understand and critique their utopian promise, and articulating her discoveries by creating "chambres" -- rooms reminiscent of film sets that create juxtapositions between time periods and atmospheres -- which draw attention to the malfunctions of purpose-built environments."

Canadian Labour International Film Festival (November 24-25 & December 1-2; Innis Town Hall)
Labour on film is as old as cinema itself. Arguably more influential than the Lumière brothers' Arrival of a Train at La Ciotat was their one-minute shot, Employees Leaving the Lumière Factory, which showed exactly that. That film, alas, isn't part of the (entirely free!) Canadian Labour International Film Festival, but every film that is owes some degree of debt (for lack of a better word) to that early cinema masterwork. For a glimpse at the full, two-weekend screening schedule and to read descriptions of all the films, you'll have to download the festival poster here.

Film still from Life of Pi