Running from October 11 to 16, ESTDOCS 2012 is the eighth annual edition of the Estonian Documentary Film Festival, and it also - as the outgoing festival director notes - marks 100 years of Estonian filmmaking. The anniversary comes with some internal reshuffling within the festival itself, as Ellen Valter steps aboard as the new festival director, and renowned Estonian filmmaker Mark Soosar takes the reins as festival moderator.

Boasting a solid line-up of films with subjects ranging from historical events, like Outside the Sphere and Volunteers, to musical soul journeys like The Colours of the Islands and Songs of the Ancient Sea to modern social activism, it is probably worth checking out the entire festival. But if you only have time for a handful, here are my top five picks. 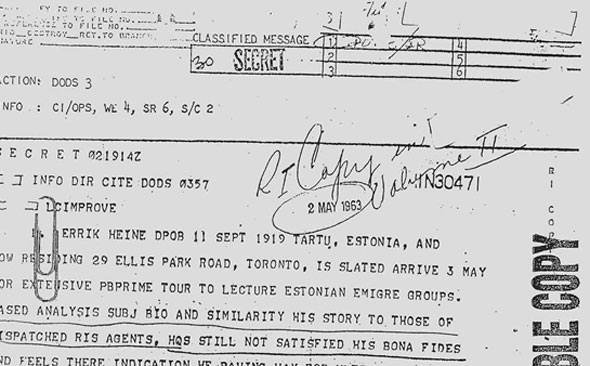 Outside the Sphere (2012)
Each time the CIA declassifies something new, it makes you think, dammit, the movies were right all along. Part spy-thriller, part history lesson, Outside the Sphere tells the story of Baltic communities formed in North America after escaping Soviet oppression, and how, in the 1960s, the KGB attempted to infiltrate and destroy these communities in Canada during the era of peace, love and Trudeau. This sure-to-be-harrowing documentary looks at how these communities resisted and withstood the attacks, but also examines their lasting effect on the fragile state of Baltic security and freedom.
Screens: October 11, 7pm, Tartu College

The New World (2011)
Ah, youth. A time to find oneself, search for love and meaning, and...start a revolution? As every protest in history ever will tell you, young people are almost predisposed towards getting behind a cause. My four years of university were punctuated as much by last minute essays and res party invites as by earnest, petition-wielding fellow students anxiously pushing for the cause du jour. Even when things are on a more serious, widescale level like the global Occupy movements, after the initial heady buzz of first-time social activism, many people seem to fall off the protest grid and back into their real lives, leaving only the most hardcore believers to carry on the good fight. But what happens when a group of young people rally behind a cause - in this case, a clean, automobile-free society in Tallinn's Uus Maailm neighbourhood - and actually succeed in sticking it out for years? Well, apparently people sit up and take notice.
Screens: October 12, 7pm, Tartu College 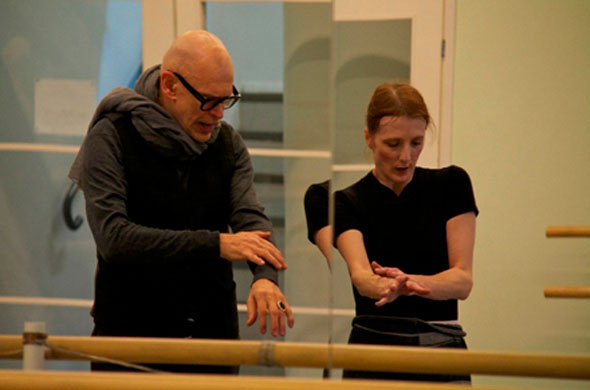 Ballerina Blues (2012)
They say everything has a price (except the stuff in Craigslist's free section) and it seems fame and fortune often exact the highest cost. Ballerina Blues is a peek into the life of prima ballerina Kaie Kōrb, who for years was Estonia's brightest star in the ballet world and a media darling throughout her career. But behind every public façade lie very private skeletons and this film examines the sacrifices she made to become the best. Also, with her retirement and subsequent exit from a world of glamour and public attention, the most pressing concern is figuring out how to make a living going forward. Ballerina Blues looks to be a compelling portrait of an artist on the edge of a drastic life change.
Screens: October 13, Todmorden Mills, 7pm

Siberian Vacation (2011)
I know, who goes to Siberia on vacation, right?! After all, it's a pop culture joke that all dissidents are sent to Siberia for hard labour (and, um, well...historical fact, too). But this film goes beyond the mass deportations by Soviet forces that most Estonians equate Siberia with, to look at an earlier time when Siberia was seen as the land of opportunity. From the 1850s to the beginning of the 20th century, there was a wave of Estonian emigrés who relocated to Siberia in search of land and opportunities. Jaan Kenzap was among those who grew up in Siberia. He moved to Estonia in 1973, but later returned to Siberia. This film documents Kenzap and his family as they vacation in the Upper Suetuk. Chevy Chase has got nothing on him.
Screens: October 15, 2pm, Ehatare 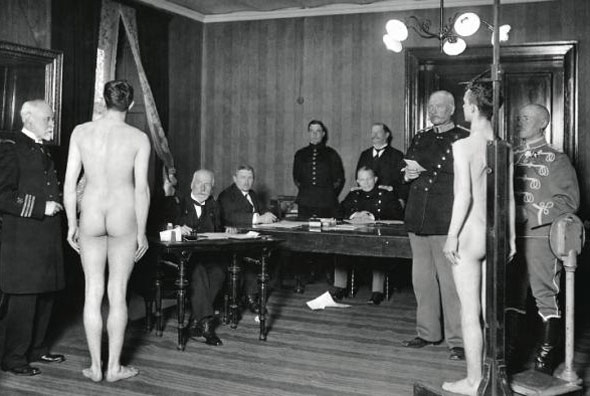 Volunteers (2006)
Another history lesson, Volunteers looks back at the Estonian War of Independence (1918-1920) and the unsung heroes (and heroines) of the war. Battling Communist Russia to the East, and forces loyal to Germany to the south, Estonia received military aid from White Russians, Latvia, and the UK. But they also received reinforcements in the form of volunteer soldiers from Finland, Sweden and Denmark who joined Estonians in their fight. This film focuses on these volunteer heroes, especially one in particular: Aino Mälkonen, a Finn who changes her name, cuts off her hair, and joins the Estonian frontlines to fight as a man.
Screens: October 15, 2pm, Ehatare