The Toronto International Film Festival has announced the addition of 3 galas and 18 special presentations, including 8 world premieres, to its lineup, and will close with Paul Andrew Williams' (The Cottage) comedic drama A Song for Marion, starring Vanessa Redgrave (Howards' End) and Terence Stamp (Wanted).

Personally, I'm most excited to see Spring Breakers, Passion, On the Road, The Master and The Paperboy this film festival season. Also keep an eye out for Nick Cassavetes' Yellow, and Rhino Season.

Song for Marion - Paul Andrew Williams, UK (Closing Night Film)
A feel-good, heart-warming story about how music can inspire you. Song for Marion stars Terence Stamp as Arthur, a grumpy pensioner who can't understand why his wife Marion (Vanessa Redgrave) would want to embarrass herself by singing silly songs with her unconventional local choir. But choir director Elizabeth (Gemma Arterton) sees something special in the reluctant Arthur and refuses to give up on him. As she coaxes him out of his shell, Arthur realizes that it is never too late to change.

Emperor - Peter Webber, Japan/USA (World Premiere)
In the aftermath of Japan's defeat in World War II and the American occupation of the country, a Japanese expert (Matthew Fox) on the staff of Gen. Douglas MacArthur (Tommy Lee Jones) is faced with a decision of historic importance, in this epically scaled drama from director Peter Webber (Girl With a Pearl Earring).

What Maisie Knew - Scott McGehee, David Siegel, USA (World Premiere)
Based on the Henry James novella, the story frames on 7-year-old Maisie, caught in a custody battle between her mother - a rock and roll icon - and her father. What Maisie Knew is an evocative portrayal of the chaos of adult life seen entirely from a child's point of view. The film stars Alexander Skarsgård, Julianne Moore, and Steve Coogan.

Arthur Newman - Dante Ariola, USA (World Premiere)
Wallace Avery (Colin Firth) is tired of being a loser. Once a hot shot in the world of competitive amateur golf, Wallace was dubbed 'The Choker' when he hit the pro circuit. Unable to shake off a monumental loss of nerve on the greens, Wallace retired from the pro tour and slipped into the ranks of the quietly desperate. Deciding to address a radical problem with a radical solution, he stages his own death, buys himself a new identity as Arthur Newman, and sets out toward his own private Oz of golf. An offbeat love story set in a perfect storm of identity crisis, Arthur Newman looks at how two people try to remake themselves and come around to owning up to some basic truths about the identities they left at home. The film also stars Emily Blunt and Anne Heche. 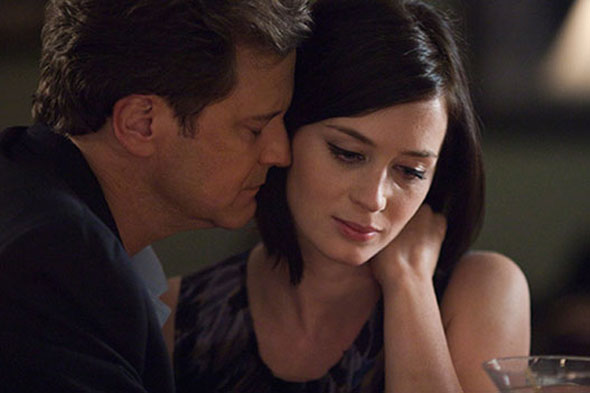 Bad 25 - Spike Lee, USA (North American Premiere)
Bad 25 celebrates the 25th anniversary of the Michael Jackson "Bad" album with unseen footage, content shot by Jackson himself, and a treasure chest of findings. The documentary is divided into two parts: artists today who were influenced by Michael, and people who worked by his side - musicians, songwriters, technicians, engineers, people at the label - all committed to Michael and the follow-up to the biggest record of all time, "Thriller." Interviewees include Mariah Carey, L.A. Reid and Sheryl Crow.

Disconnect - Henry Alex Rubin, USA (North American Premiere)
Disconnect interweaves multiple storylines about people searching for human connection in today's wired world. Through poignant turns that are both harrowing and touching, the stories intersect with surprising twists that expose the shocking reality of our daily use of technology, which both mediates and defines our relationships, and ultimately our lives. The film is directed by Academy Award nominee Henry Alex Rubin (Murderball), and stars Jason Bateman, Hope Davis and Michael Nyqvist.

Do Not Disturb - Yvan Attal, France (World Premiere)
Jeff unexpectedly shows up on Ben's doorstep at 2am. Since their college days, they've taken very different paths. Jeff is still the wild man, a serial lover, an artist and eternal vagabond who's never stopped roaming the world. Ben has settled down with chilled-out and wonderful Anna; they bought a small and comfortable house in the suburbs and are trying for a baby. But this quiet life is disrupted by the whirlwind that is Jeff, especially when he takes Ben to a wild party, from which they return at dawn, having made a decision that is about to turn all of their lives upside down. This provocative, hot and funny new film by award-winning French director Yvan Attal stars François Cluzet and Charlotte Gainsbourg.

Greetings from Tim Buckley - Dan Algrant, USA (World Premiere)
Greetings from Tim Buckley follows the story of the days leading up to Jeff Buckley (Penn Badgley)'s eminent 1991 performance at his father's tribute concert in St. Ann's Church. Through a romance with a young woman (Imogen Poots) working at the concert, he learns to embrace all of his feelings toward the father who abandoned him - longing, anger, forgiveness, and love. Culminating in a cathartic performance of his father's most famous songs, Jeff's debut stuns the audience and launches his career as one of the greatest young musicians of his time. 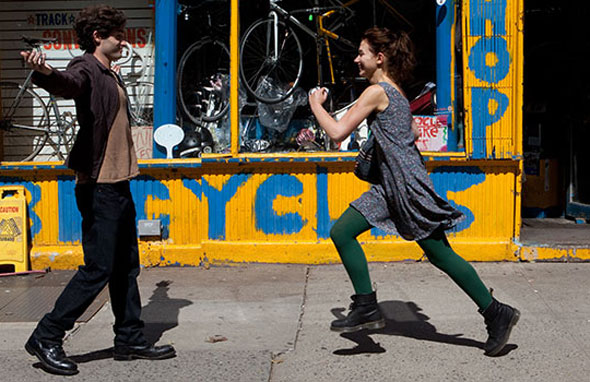 Lines of Wellington - Valeria Sarmiento, Portugal (North American Premiere)
After the failed attempts of Junot and Soult in 1807 and 1809, Napoleon Bonaparte sent a powerful army, commanded by Marshal Massena, to invade Portugal in 1810. The French easily reached the centre of the country, where the Anglo-Portuguese army, led by General Wellington (John Malkovich), was waiting.

Love is All You Need - Susanne Bier, Denmark (North American Premiere)
Love Is All You Need is a new film by Academy Award-winner Susanne Bier. Philip (Pierce Brosnan), an Englishman living in Denmark, is a lonely, middle-aged widower and estranged single father. Ida (Trine Dyrholm) is a Danish hairdresser, recuperating from a long bout of illness, who's just been left by her husband for a younger woman. The fates of these two bruised souls are about to intertwine, as they embark for Italy to attend the wedding of Philip's son and Ida's daughter. With warmth,
affection and confidence, Bier has shaken a cocktail of love, loss, absurdity, humour and delicately drawn characters who will leave only the hardest heart untouched. This is a film about the simple yet profound pains and joys of moving on - and forward - with your life.

On The Road - Walter Salles, France/Brazil (North American Premiere)
Directed by acclaimed filmmaker Walter Salles and based on the iconic novel by Jack Kerouac, On The Road tells the provocative story of Sal Paradise (Sam Riley), a young writer whose life is ultimately redefined by the arrival of Dean Moriarty (Garrett Hedlund), a free-spirited, fearless, fast-talking Westerner and his girl, Marylou (Kristen Stewart). Traveling cross-country, Sal and Dean venture out on a personal quest for freedom from conformity and conservatism in search of the unknown, and fundamentally, themselves. Seeking unchartered terrain and the last American frontier, the duo encounter an eclectic mix of men and women, each adding meaning to their desire for a new way of life. The screenplay is by Jose Rivera (Academy Award nominee for The Motorcycle Diaries), while executive producer Francis Ford Coppola has been developing the project since 1978.

Passion - Brian De Palma, France/Germany (North American Premiere)
An erotic thriller in the tradition of Dressed To Kill and Basic Instinct, Brian de Palma's Passion tells the story of a deadly power struggle between two women in the dog-eat-dog world of international business. Christine (Rachel McAdams) possesses the natural elegance and casual ease associated with one who has a healthy relationship with money and power. Innocent, lovely and easily exploited, her admiring protégé, Isabelle (Noomi Rapace), is full of cutting-edge ideas that Christine has no qualms about stealing. But when Isabelle falls into bed with one of Christine's lovers, war breaks out.

Rhino Season - Bahman Ghobadi, Iraqi Kurdistan/Turkey (World Premiere)
After thirty years spent in prisons of the Islamic Republic of Iran, Kurdish-Iranian poet Sahel finally walks free. Now the one thing keeping him alive is the thought of finding his wife Mina (Monica Bellucci), who thinks he is long dead and has since moved to Turkey. Sahel sets out on an Istanbul-bound search. 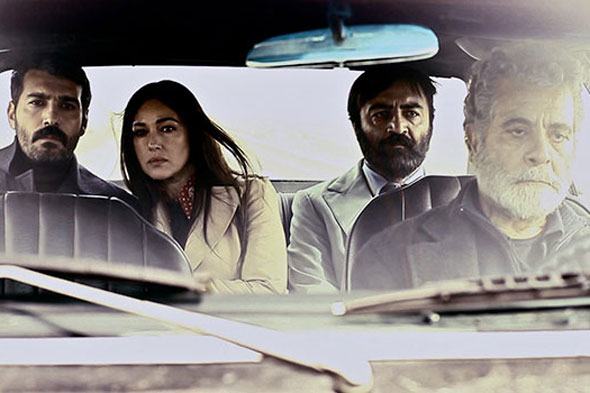 Spring Breakers - Harmony Korine, USA (North American Premiere)
Four sexy college girls plan to fund their spring break getaway by burglarizing a fast food shack. But that's only the beginning. During a night of partying, the girls hit a roadblock when they are arrested on drug charges. Hung over and clad only in bikinis, the girls appear before a judge but are bailed out unexpectedly by Alien (James Franco), an infamous local thug who takes them under his wing and leads them on the wildest spring break trip imaginable.

The Master - Paul Thomas Anderson, USA (North American Premiere)
A striking portrait of drifters and seekers in post World War II America, Paul Thomas Anderson's The Master unfolds the journey of a Naval veteran (Joaquin Phoenix) who arrives home from war unsettled and uncertain of his future -- until he is tantalized by The Cause and its charismatic leader (Philip Seymour Hoffman).

The Son Did It - Daniele Ciprì, Italy/France (North American Premiere)
The Son Did It is the story of the Ciraulos, a poor family from South Italy whose young daughter is mistakenly killed by the Mafia. As compensation, they receive a large amount of money from the State but this sudden richness will change their life in a completely unexpected way.

The Suicide Shop - Patrice Leconte, France/Belgium/Canada (International
Premiere)
Imagine a shop that for generations has sold all the accoutrements for the perfect suicide. This family business prospers in all its bleak misery, until the day it encounters joie de vivre in the shape of younger son, Alan. What will become of The Suicide Shop in the face of Alan's relentless good cheer, optimism and determination to make the customers smile?

Thérèse Desqueyroux - Claude Miller, France (International Premiere)
In the Landes region of France, near Bordeaux, marriages are arranged to merge land parcels and unite neighbouring families. Thus, young Thérèse Larroque (Audrey Tautou) becomes Mrs. Desqueyroux. But her avant-garde ideas clash with local conventions and in order to break free from the fate imposed upon her and live a full life, she will resort to tragically extreme measures.

White Elephant - Pablo Trapero, Argentina/Spain (North American Premiere)
In a poverty-stricken and highly dangerous Buenos Aires slum, two men - both friends, both priests, both deeply respected by the local community for their tireless endeavours on behalf of the poor and the dispossessed - take very different paths in their struggle against violence, corruption and injustice. 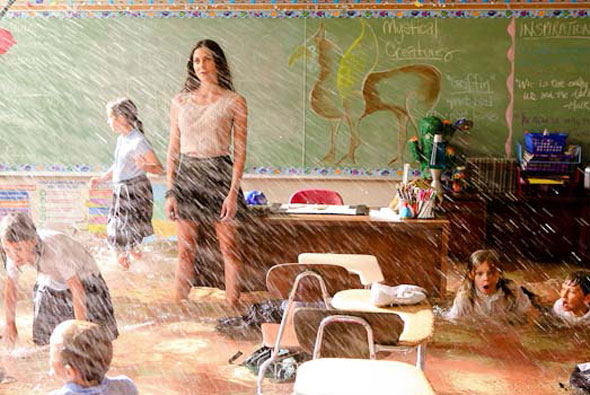 The Toronto International Film Festival runs from September 6 to 16, 2012.