Projection Booth screens films and now rents them too

The Projection Booth Cinema is a rep cinema in a city of rep cinemas. But this is one theatre with a difference...or rather, three.

Aside from screening a variety of independent, classic and international films on a daily basis (or as the website and marquee note, "Art, Schlock, Indie, Foreign"), the Projection Booth also hosts events like the KISS Monster party on July 27th, a red carpet-themed Oscar Party back in February (dress code was definitely in play), and a Saturday morning classic cartoons series last year - pyjamas welcomed.

Now the latest incarnation of the theatre is as Your Local Video Store. That's right, there will now be video rentals available in the foyer when you come in to see a movie.

"I think I misnamed it when I called it Projection Booth," says Nadia Sandhu with a laugh.
The afternoon I show up to talk to Projection Booth co-owners Jonathan Hlibka and Sandhu, they are installing brand new DVD shelves in the foyer of the 102-year-old theatre. These shelves, a fetching shade of red to match the foyer's colour scheme, are just one more indication that, one year into its existence as the Projection Booth, this theatre is moving quickly in many different directions.

Prior incarnations of what was once the Gerrard Cinema have included a Tamil movie house, a Bollywood cinema, and a Hong Kong movie house and a couple of turns as a second run cinema. Established in 1910, it is known as the oldest theatre in Toronto and both Hlibka and Sandhu hold it up as an example of how deeply film culture is embedded into Toronto's genome. 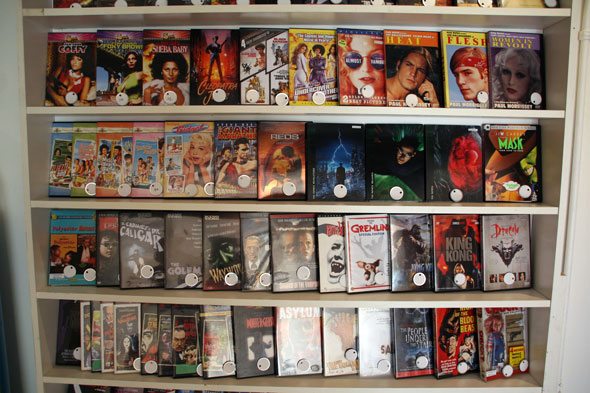 The story about the little cinema that could is also a story about a cinema that almost wasn't. When the Gerrard Cinema was shuttered, local residents were concerned about plans in the works to gut the cinema and turn it into a photography studio.

At the same time, Sandhu and Hlibka, in their alter-egos as principals of the film production company Studio Film Group (SFG) were having a hard time booking screenings for a number of Canadian-made films.

"Some of them are really good, they're just as good as another movie, but you can't book them in a movie theatre to save your life," Sandhu says.

They both live in the neighbourhood where the old Gerrard Cinema was, so when the opportunity came to do something with it, it was a no-brainer - at least for Nadia.

"The coffee shop owner at the corner overheard us several times waiting to catch buses, or Jonathan would be sitting there sending some emails and he was like, Are you in film?"

It turned out the neighbourhood had already been discussing ways to save the cinema.
"And Jonathan was like, Hell no! And I was like, Hell yes!" says Sandhu with a laugh. What convinced him in the end was the desire from both of them to give a fighting chance to Canadian filmmakers who weren't getting picked up for screenings by the big chain theatres. The tipping point was trying to book A Gun to the Head, an experimental shoot-em-up shot on a DSLR by director Blaine Thurier.

"If it's not like a Hollywood star, a lot of times people just aren't going to put it in," says Hlibka. "But there's an audience, we know there's people talking about it, but you're not giving it a chance. That's what this was, give those folk a chance." 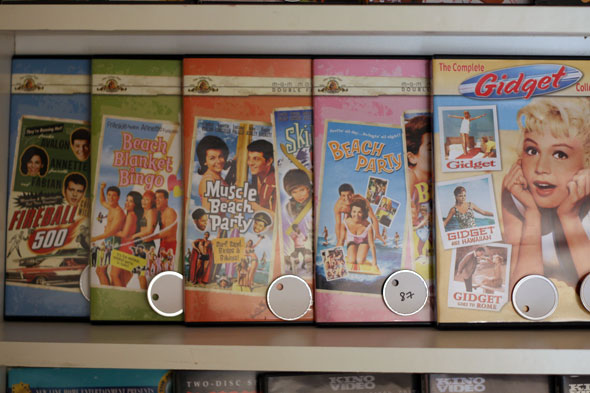 From there things took off. Initially they were showing so many screenings as a way to get the word out that even the media had to tell them to slow down. They also learned how the community responded to the theatre's presence and adjusted accordingly. From holding evening and weekend screenings only, they realized the neighbourhood was made up of a lot of work-from-home residents and flex-shift workers, and so began to offer matinee screenings as well.

Their presence is also drawing the interest of other businesses looking to move into the area, and some have even come to consult with them about the business prospects of the neighbourhood.

As for the Projection Booth's impact on the business of film distribution in Toronto, they like to think they've had a hand in that, too.

"It's kind of funny because other cinemas in Toronto are now playing those movies," says Sandhu with a laugh. "So now we actually have to work harder to get them!" 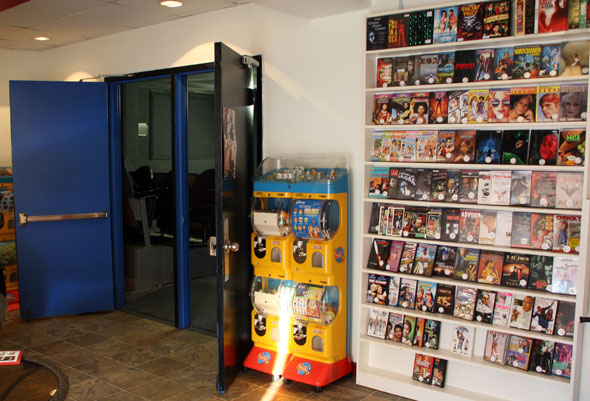 Note: It's also been recently revealed that the Projection Booth is partnering with the Metro Theatre to bring their programming to Toronto's notorious adult cinema. We'll have more details on that in the coming week.