The Toronto International Film Festival (TIFF) has just announced the lineup for my favourite programme, Midnight Madness, and this year they've refocused on the madness, dropping the usual inclusions of martial arts and oddball comedy.

Here are all ten selections, in the order I am most excited to see them.

John Dies at the End, USA, Don Coscarelli
From the director of Phantasm and Bubba Ho-Tep comes the mother of all drug-induced bad trips. Featuring ancient evils, monsters, insect people, and other freaks like Paul Giamatti and Clancy Brown, I can't wait to see this film, as I've been following it for over a year.

Seven Psychopaths, UK/USA, Martin McDonagh
The writer-director of In Bruges, easily the best crime comedy of 2008, brings back Colin Farrell as an alcoholic screenwriter who is struggling to write a serial-killer script, when a dognapping scheme goes awry and brings the star-studded cast to his doorstep, including Christopher Walken, Sam Rockwell, Woody Harrelson, Tom Waits, and Harry Dean Stanton.

Dredd, USA, Pete Travis
Finally the ultraviolent (and legendary) British comic-book icon is done right. Forget the 1995 version of Judge Dredd with Stallone and Rob Sneider--this is the real deal. This time, everyone's favourite judge, jury, and executioner is played by Karl Urban (not that you'd know, because, as in the comic book, it's rumoured he never takes his helmet off), who takes on a vicious drug empress (the very sexy Lena Headey from Terminator Salvation) in a grim, dystopian version of the future.

The Lords of Salem, USA, Rob Zombie
Horror-making metal god Rob Zombie places his wife Sherri Moon Zombie back on screen as a Salem hard-rock radio DJ who accidentally conjures a coven of witches from the 17th century by playing a certain piece of heavy metal, in what he describes as "the bleakest of all of my films."

ABCs of Death, USA, Anthology
Twenty-six horror directors from around the world each shot a short film about death based on a word starting with a selected letter from the alphabet, showcasing death in all its vicious wonder and brutal beauty. Including cult directors like Jason Eisener (Hobo With a Shotgun), Xavier Gens (The Divide), Adam Wingard (Pop Skull), Yoshihiro Nishimura (Tokyo Gore Police), Marcel Sarmiento (Dead Girl), and Ben Wheatley (Kill List) to name just a few of my favourites.

Hellbenders, USA, J.T. Petty
The Hellbound Saints of Brooklyn Parish (Clancy Brown, Dan Fogler and Clifton Collins Jr.) are a secret team of foul-mouthed, lewd and lecherous demonologists who battle a terrifying supernatural force that threatens their lives and faith, in this outrageous horror comedy by JT Petty (The Burrowers). FX artist Brian Spears has described the project as The Hangover meets The Exorcist.

Come Out And Play, MEXICO, Manikov
A young tourist couple--who are expecting their first child--arrive on a Mexican island where hordes of children have gone crazy and are murdering adults, in a loose remake of the 70's Spanish horror
classic, Quién puede matar a un niño? (Who Can Kill a Child?).

Aftershock, CHILE, Nicolás López
In the middle of a night of wild partying, a hapless American tourist (Hostel director Eli Roth) and his five friends fight to survive a devastating earthquake in the coastal town of Valparaiso, Chile. 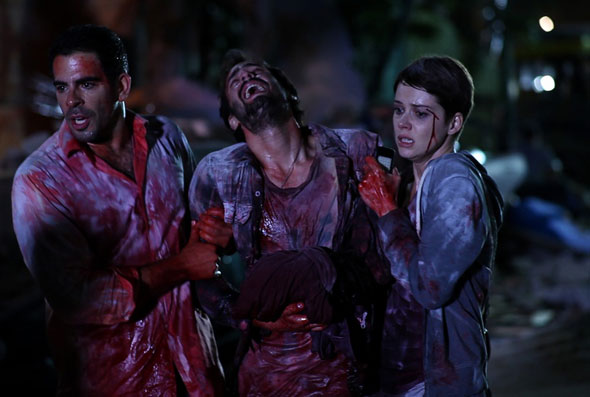 No One Lives, USA, Ryuhei Kitamura
The Japanese director of Versus and Azumi returns with a horror thriller about a gang of ruthless, backwoods highway bandits who kidnap a wealthy couple traveling cross-country, only to shockingly discover that things are not exactly what they seem. 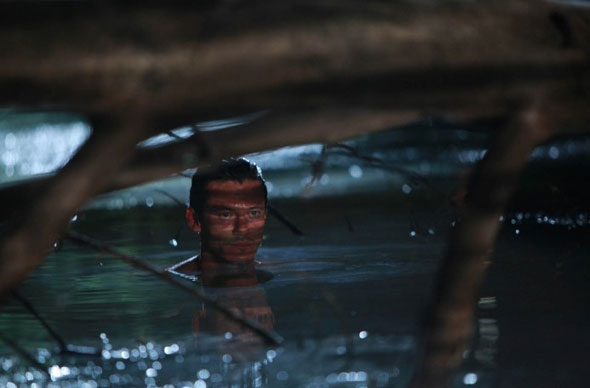 The Bay, USA, Barry Levinson
In the biggest surprise entry of Midnight Madness, acclaimed writer-director Barry Levinson (Rain Man) switches gears for a mock-doc eco-apocalypse thriller about an isopod parasite, carrying untreatable mutated diseases and jumping from fish to human host. Seven years later, the true horror and scope of the event, captured on home videos and 911 calls by the town's now long-dead victims, is revealed to the public for the first time.