This Week in Film: The Dark Knight Rises, First Position, Trishna, Me and My Brother, and what's new in DVD & BluRay

Bigger, louder, messier, and more ostentatious than the preceding two films in every way, one's reaction to the third and final entry in Christopher Nolan's Batman franchise will depend on whether or not one believes the other two were too subdued. Shot partially in 70mm (the genuine IMAX format), it's certainly the spectacle everyone was waiting for; it warrants the $3 extra charge more than any other blockbuster this millennium. With a socio-political, Occupy-esque consciousness to boot, many will want to get behind it even more because of its message. In a way, everybody wins: It'll be the year's huge box office smash (it was always going to be, even if they'd edited together a three-hour film about turtles), and Nolan can get back to what he's always done best: making original films like Memento and The Prestige.

This is a documentary that follows six young dancers at the Youth America Grand Prix - one of the most prestigious children's ballet competitions in the world. The film is comprised of interviews with the competitors, their families, and the teachers who helped get them to this level, with of course footage of them rehearing and performing. Targeted at kids in the pre-teen to early-teen range, director Bess Kargman made the film to explore relevant themes such as identity, perfectionism, and self-sacrifice, all of which come through loud and clear. As the dancers struggle with injured feet (pretty gruesome) and near exhaustion, it's the manner in which they balance the turmoil of their adolescent egos on top of a pseudo-professional poise that gives the film its tension.

Everyone in North America likes to refer to Steven Soderbergh as the prolific and eclectic filmmaker working today. Meanwhile, English director Michael Winterbottom is marking out a far more erratic - and downright bizarre - career trajectory across the Atlantic. From his breakout, drug-fueled music dramedy 24 Hour Party People, to his Tristram Shandy attempt, to his porno/concert doc hybrid 9 Songs, to his hilarious, Sideways-esque road comedy The Trip, no one knows what the hell to expect from the guy. So he went ahead and made a quasi-Bollywood, India-set adaptation of Thomas Hardy's teenage tragedy 'Tess of the d'Urbervilles' called Trishna, which of course he did.

Pleasure Dome: Me and My Brother (Saturday, July 21 at 9PM; 401 Richmond Courtyard) 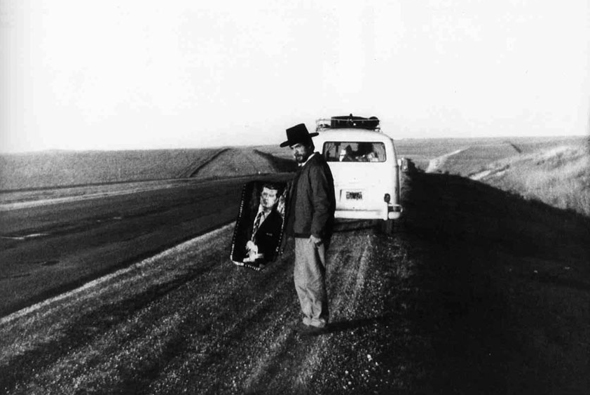 The feature debut from Robert Frank, the man responsible for the Rolling Stones doc Cocksucker Blues. What begins as a documentary portrait of the relationship between poet Peter Orlovsky and his schizophrenic brother Julius, Me and My Brother quickly morphs into something else entirely (there's a reason why 'documentary' isn't one of the noted genres on the film's imdb page).

Julius, the schizophrenic that he is, wanders off and disappears without a trace, leaving Frank and co. to complete the film without him. Enter actor Joseph Chaiken to the rescue, who takes the reins in the 'lead role' - until Julius reappears, naturally. Throw in a young Christopher Walken in the role of the director, dubbed with Robert Frank's voice - and your token Allen Ginsberg appearance, and you've got one of the most singular films of the 1960s.