Sleeping Sickness is this month's high-brow product for the taking, trickling down from its Best Director victory at the 2011 Berlinale, to a snub from TIFF and a modest presence at the New York Film Festival, it's the movie every self-respecting cinephile knows they 'should' see even if the details still remain mysteriously unknown. First, the 'sleeping sickness' is a common infection in Africa picked up from tsetse flies that causes brain swelling and leads, predictably, to drowsiness or even death. Taking that, then, director Ulrich KÃ¶hler adapts Joseph Conrad's Heart of Darkness — the same one that Apocalypse Now is based on - and crafts a colonialist fever dream that appears as if it could have been made by cinema darlings Apichatpong Weerasethakul and Claire Denis. It's perhaps a bit too cerebral and drifty to fully digest it on a single viewing, but in retrospect, that's kind of brilliantly Ã propos.

This was easily the best film from this year's Reel Artists Film Festival, and in case you didn't catch it there or at any of its screenings at TIFF last September, now is your chance to catch up with one of the best artist documentaries since Henri-Georges Clouzot's Le mystÃ¨re Picasso. Where Clouzot's film captured the evolution of Picasso's aesthetic and compositional mapping in real-time, Corinna Belz shows how an awareness of his own legacy, the market's expectations on his output, and the presence of a camera reshape Richter's workflow to ambivalent results. Like each of the German painter's works, this is a film that is as much about layers as it is layered itself.

Tarsem Singh started off his career with a reasonably strong one-two punch in The Cell and The Fall, films that were audaciously imaginative and breathtakingly gorgeous, if a bit light on substance. Lately, though, Singh has gone the Tim Burton route of fairytale self-parody, taking on projects that are readymade 'Singh' ideas that alleviate the burden of genuine creativity. It may have been many a fanboy's dream, ever since first laying eyes on The Cell, to see what Tarsem Singh would do with a live action version of Snow White — just like the idea of Willy Wonka & the Chocolate Factory as made by Burton was 'too sick' to ever actually happen, until it did — but to the appeased I only have one question: did you imagine Julia Roberts as your Queen?

ALSO IN THEATRES THIS WEEK:

One of the best film festivals in North America for classic cinema is the TCM Classic Film Festival, which takes place in Los Angeles and has some the most expensive entry fees this side of TIFF. Fortunately, a kind of spin off of the festival is a 'road show' style traveling tour of a handful of the films to major cities, one film per city, all free of charge. Toronto is one of the stops, and they're bringing us Peter Bogdanovich's The Last Picture Show, with special guest Peter Bogdanovich in attendance. To get in, simply print out a pass that can be downloaded here and show up early with some patience for standing in lines. 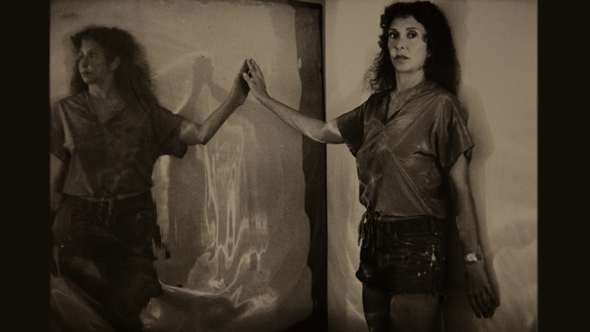 The first of two pre-festival events, Images Festival kicks off their 25th edition with a night celebrating Carolee Schneemann in this new documentary by Marielle Nitoslawska. "A central figure in twentieth century avant-garde movements, Schneemann expanded the definition of art and art practice to include discourses on the body, sexuality and gender. A pioneer of performance art, she is also an accomplished painter, poet, installation artist and filmmaker." Mixing a retrospective trek through Schneemann's oeuvre with new footage of her journals and meetings between the two at her home, this is the most comprehensive overview of the American artist's groundbreaking work to date. Tickets for this event are $15 and can be purchased here. 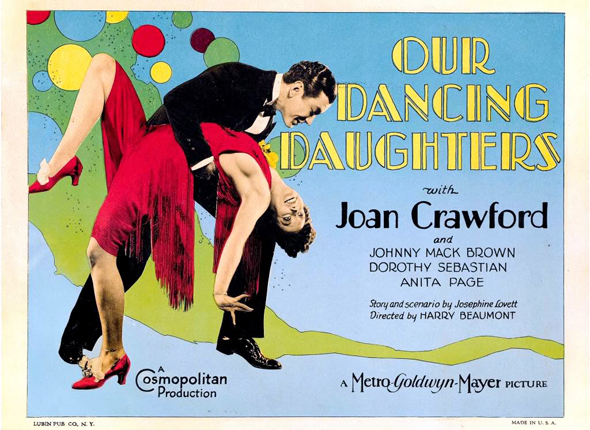 Now that The Artist has gotten everyone's attention, it's time to put that newfound curiosity about cinema's earliest and purest form to good use. The Toronto Silent Film Festival is one of the city's most essential events, showing rarer than rare films that go right to the heart of the medium. There is not a more creative period in the history of film than the silent era, if only because there weren't any reliable conventions or models for filmmakers to base their work on; these expressions were their own singular visions, and the work was all the more refreshing and idiosyncratic because of it.

Featuring work by Charlie Chaplin, Buster Keaton, E. A. Dupont, RÃ©ne Clair, F. W. Murnau (his last film!), and more, it's a case of 'brilliant brevity' that the festival is only a week, because everything here is unmissable and there just aren't enough hours in the day. With the screenings sprawled out from The Revue to The Fox, from Innis Town Hall up to the gothic Casa Loma where Italian Straw Hat will be accompanied by a score performed on Toronto's largest theatre organ, TSFF touches all of the bases to ensure that as many cinephiles as possible have a nearby screening. Most of the films will be screened from 16mm prints with live piano accompaniment. Check the website for specific times, locations, and ticket prices, which range from $10-20.