The under-30s may not know that this new comedy from the team that brought us Cloudy with a Chance of Meatballs used to be a TV show starring Johnny Depp, but it was, and a pretty darn good one, too. This update drops the 80s schtick, and also drops two of our most promising young movie stars - Channing Tatum and about sixty percent of Jonah Hill - into the lead roles. The premise is simple enough: two cops who used to go to high school together go undercover to find the supplier of a new drug at, yep, a high school. Old demons are resurrected, roles reprised, lessons learned, etc., but it's really all about the gags in a movie like this. Fortunately, there are some great ones here, and most of them weren't even spoiled by the trailer!

TIFF loves to show these food documentaries, and who can blame them - we love to watch them. With a subscription series entirely devoted to Food on Film, as well as a healthy programming of docs that focus on world-renowned chefs like Jacquy Pfeiffer and Ferran AdriĂ , it's as if they know that when we're not at the movies we're either watching the Food Network or digging through our Frigidaires. Now comes a doc about Jiro Ono, 'the greatest sushi chef in the world', or, more objectively, the first sushi chef to ever earn a Three-star Michelin rating. I can't promise that this will be the kind of studied observational portrait of a genius-at-work that El Bulli: Cooking in Progress was, but it should at the very least show us enough footage of salivant uncooked fish that we may well run over to Sushi Kaji right after the screening and drop down last week's paycheck on some sashimi. 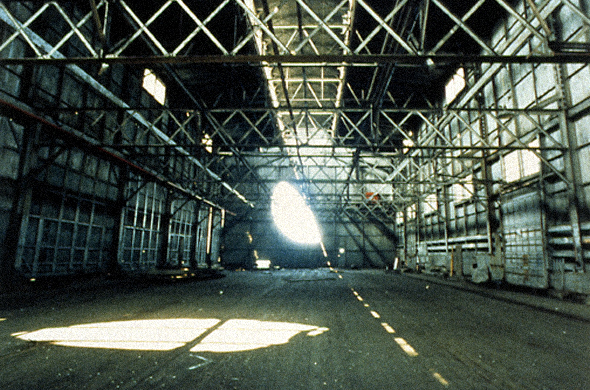 Gordon Matta-Clark has carved out such a defined niche for himself in the art world - cue rimshot - that it can be alarming to find out that, when he wasn't cutting houses in half, he also dabbled in filmmaking. This month's EMS at the Gladstone is proudly celebrating their 3rd anniversary with a presentation of four of Matta-Clark's rarely screened films. On the surface, these may look like mere documentaries about the making of his sculptures; however, like Robert Smithson, he used the medium to bring out another, completely new facet of the work. Watching these films, which may even have had an influence on Matthew Barney's performative athletics in his own films, one realizes the human element in the scale of his singular work. Note that these screenings will take place in the Gladstone Ballroom this month, rather than the usual Art Bar setting. There is a $5-$10 suggested donation upon entrance. 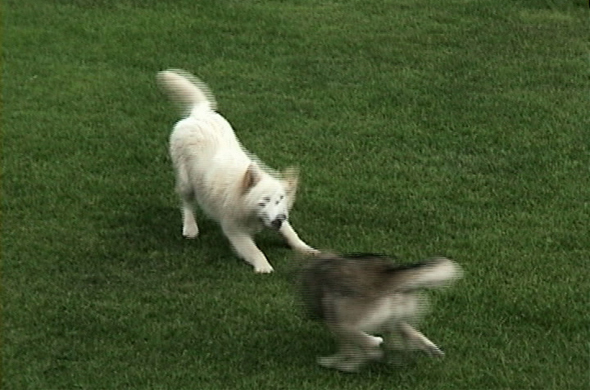 There's been a bit of a hiatus for TIFF's Free Screen series since the last screening in November, but that break is finally and officially over as it resumes its regular programming this week under the new curatorial hand of Chris Kennedy (a great choice, based on the consistent quality of his Early Monthly Segments, probably Toronto's premiere experimental cinema series). Kennedy's first programme is a spotlight on Canadian video artist Jan Peacock, who is a winner of this year's Governor General's Award in Visual and Media Arts.

Peacock's work relates to themes of travel, geography, memory, and loss, and she often utilizes repetition to create staccato rhythms in her editing. Her hands also feature prominently, as was quite common for early video arts (and particularly women artists). Pointing or guiding the camera along, exhuming images and video buried in sand, Peacock shows basic methods of communication, like letter-writing or sign language, as if she is learning them for the first time. She also crafted bold experiments with structure and time in her videos, making this exhibition of her work in a screening context, where we can focus on them all from start to finish, all the more essential and potentially revelatory.

Toronto Nepali Film Festival
This is more of a day-long event than a film festival, but when it covers the annual cinematic output of the 93rd largest country in the world, we can surely let such ostentation slide. This is actually only the third year for the young TNFF, and they'll be packing in nine films throughout the day, the longest of which (Saving Dolma) is also the only film over an hour in length. The festival concludes with a special performance at 9:30 p.m., the specifics of which aren't made clear on their website, as far as I can tell, but it should be fun. All films will screen at Innis Town Hall; tickets range from $10 to $20 depending on which programme you want to attend.