What to watch at the 12th annual aluCine Festival

The 12th annual aluCine Film and Media Arts Festival starts this week, taking over the Revue Cinema from November 17th to19th, and which will feature a daily art installation at Coffee and All That Jazz. aluCine is dedicated to showcasing the works of contemporary film and media art by local artists with Latin heritage and featuring international Latino works. This years festival is comprised of works from a variety of countries such as Columbia, Argentina, Brazil, Spain, Chile and Canada. 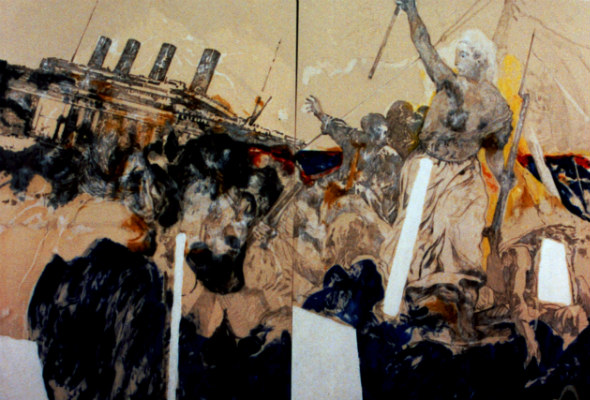 & FRIDAY NOVEMBER 18 / CARLOS SANTA RETROSPECTIVE / 9PMThe films begin on Thursday with the opening night screening of a new work by multi-disciplined Columbian artist Carlos Santa. The Mysterious Presages of Leon Prozak, a bizzare and ornate experimental work that was 10 years in the making, is a political allegory about a circus occurring in a man's rented head-space. Santa's piece uses a variety of animation techniques, several of which he's focused on before.

The film runs at almost 70 minutes long, but those with shorter appetites can also experience some of Santa's older works at the Carlos Santa Retrospective on November 18 at 9 pm, featuring two of his older animated works and a recently developed work that recalls Santa's style. Tickets for opening night are $10 for adults and $8 for student seniors, the retrospective is $6 for adults and $4 for student/seniors and can be purchased at the Revue on the day of the screening. 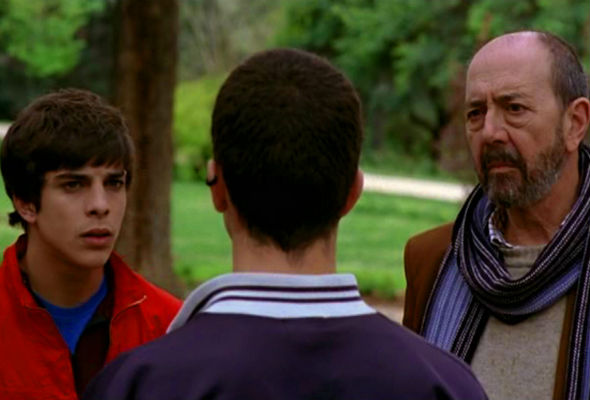 Family Lives features a selection of short films that speak to something universal that we all experience and share, the difficulties and triumphs of families. Two very strong shorts in this programme, No Words and Dying Every Day, both feature teenagers in the midst of very different struggles. Dying Every Day introduces us to Blanca, a seemingly disaffected teenager hell-bent on antagonizing all the members of her family, provoking her mother most of all. Is this just hormones and rebellion, or is something darker underfoot?

In No Words, David has been dropped off at his grandfather's for a spell, a man he's never met and with whom he shares no common interests. As they begrudgingly make friends with each other, certain tevents and arguments shed some light on their strained relationship. Tickets are $6 for adults and $4 for students/seniors and can be purchased at the Revue on the day of the screening.

SATURDAY NOVEMBER 19 / LOVE, LIFE AND DEATH IN THE STREETS OF BRAZIL / 7PM 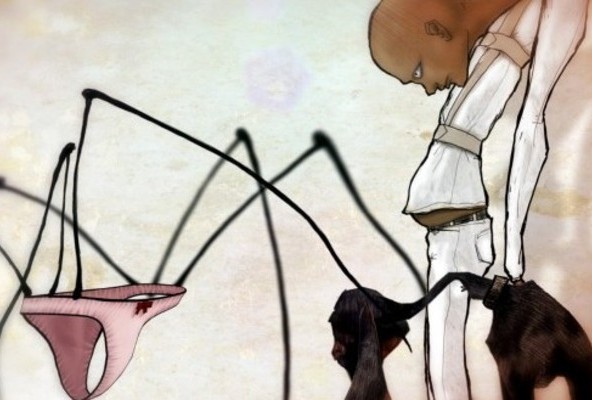 Love is a fickle thing, these shorts focus on the ups and downs of relationships whether romantic or platonic and while some inspire hope, others reek of dread. Two highlights in this programme are Petal and The Sky Downstairs. Sylvia Plath lends heavily to Petal, as young photographer Clarice finds her perspective and artistic voice shift somewhat to navel-gazing, perhaps due to her pregnancy. As her new style requires new works, she preps for a shoot on the night of her birthday.

Photography is key in The Sky Downstairs as well, a visually dynamic animated piece about a photographer with a physical disability who leads an isolated life in his over-populated apartment complex. When a chance encounter with a neighbour propels him from his comfort zone, he frets about all the changes. Tickets are $6 for adults and $4 for students/seniors and can be purchased at the Revue on the day of the screening.

SATURDAY NOVEMBER 19 / BUSINESS OF SPACES / 9PM
The closing film selection for aluCine is a collection of works that are all Canadian, one way or another, all to do with the idea of space, or non-space. An existential programme determinant if there ever was one, the concepts of space and belonging vary from a religious icon appearing in a laundromat (San Rafael) to the interior of a taxi cab and how a driver changes the space within (Cabmood). While the films are more experimental in nature, they reflect the changing tastes of contemporary short filmmakers, less interested in telling a story in the short span of time they have our attention and instead, focused on dissecting the space that the story exists within. Tickets are $6 for adults and $4 for students/seniors and can be purchased at the Revue on the day of the screening.

All films screenings at the Alucine Film Festival will take place at the Revue Cinema, with a daily art installations taking place from November 15-19 at Coffee and All That Jazz.. Tickets for aluCine screenings can be bought an hour before showtime. For more information, visit the aluCine website.

Still from The Sky Downstairs