"That's a wrap!", as they say in the biz. After 11 days and over 1000 public and press and industry screenings, the 36th annual Toronto International Film Festival drew to a close last night. Yesterday we reported the results of TIFF's annual festival awards ceremony, including a surprise People's Choice Award nod for Lebanese quasi-musical Where Do We Go Now?. Today I bring you my selections for the best and worst of TIFF 2011.

DAZZLING DEBUTS
Two of my favourite films of the festival arrived courtesy of first-time filmmakers who demonstrated the confidence and skill of seasoned directors. The fact that Sean Durkin's Martha Marcy May Marlene remained foremost in my thoughts despite being followed by films from the Dardenne brothers and Andrea Arnold says a great deal. As I mentioned in last Monday's installment of TIFF Today, Martha is an achievement that any director ought to be proud of, but the fact that this haunting, artfully structured psychological thriller is a first-time effort is frankly amazing. Likewise Snowtown, an Australian crime drama based on the events of the country's most notorious serial killings. First time director Justin Kurzel crafts a harrowing, insightful portrait of the community in which the murders took place, and coaxes universally excellent performances from a mostly non-professional cast. Brian M. Cassidy and Melanie Shatzky also merit special mention as the debut co-directors of nursing home doc The Patron Saints. It's a tough film to watch in that it addresses the sort of subject matter — growing old, enfeebled and lonely — many of us rather wouldn't confront, but it's excellent, and deserves to be seen. 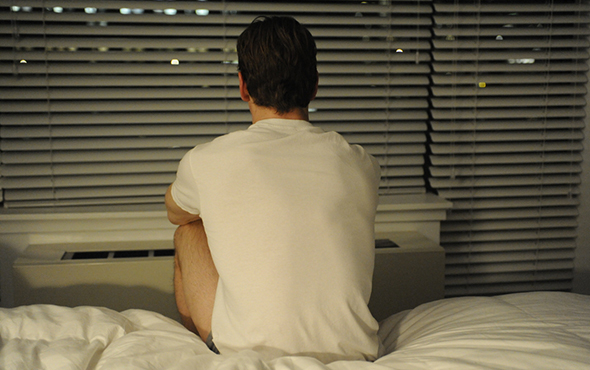 SPECTACULAR SOPHOMORES
TIFF 2011 saw a number of promising directors crystallize their stature as major talents with spectacular sophomore efforts. Steve McQueen, who enjoyed instant TIFF adulation with 2008's Hunger, made a sensational return in Shame, in which he re-teams with actor Michael Fassbender, who plays a voracious New York sex addict. Jeff Nichols' incredible Take Shelter was an early personal favourite at the pre-festival press screenings, and, over 30 films later, his unsettling and very timely portrait of paternal paranoia remains one of TIFF's most accomplished films. So too Kill List, the sophomore feature from UK director Ben Wheatley. Like his 2009 debut, Down Terrace, Wheatley blends kitchen sink naturalism with jarring genre elements to create something truly one-of-a-kind. Thanks to the terrific screen chemistry of leads Neil Maskel and Michael Smiley, this horrific allegory of post Iraq-war Britain also features the best buddy-assassin duo since Tarantino introduced cinephiles to Jules Winnfield and Vincent Vega.

BEST PERFORMANCES
Maskel and Smiley — familiar to UK audiences but less well known across the pond — were among my favourite performers of the festival, but it's difficult to look beyond the aforementioned Michael Fassbender were I asked to choose a best performance overall. Fassbender, who very deservedly took home the Venice acting prize for Shame, is fast becoming a master of his craft. His turn as the sex-addicted Brandon tops a long list of stellar recent performances in Hunger, Fish Tank, Inglourious Basterds, and also TIFF 11 selection A Dangerous Method, where he plays Carl Jung to Vigo Mortensen's Sigmund Freud. Snowtown's Daniel Henshall deserves a special mention, as do Peter Mullan and Olivia Coleman (Tyrannosaur), Stephanie Sigman (Miss Bala), fearsome twosome Ralph Fiennes and Venssa Redgrave (Coriolanus), Tilda Swinton (We Need to Talk about Kevin), Michael Shannon and Jessica Chastain (Take Shelter) and the silent but ceaselessly charming Jean Dujardin (The Artist).

TIFF'S VOLUNTEERS
TIFF's volunteers continue to make the world's largest public film festival a manageable experience for all involved. This was my first year covering the press and industry side of the festival, and the roster of volunteers are every bit as essential to the smooth functioning of the P&I schedule as they are to the public events. Film savvy and unfailingly polite, they're always willing to lend an orange-shirted helping hand. 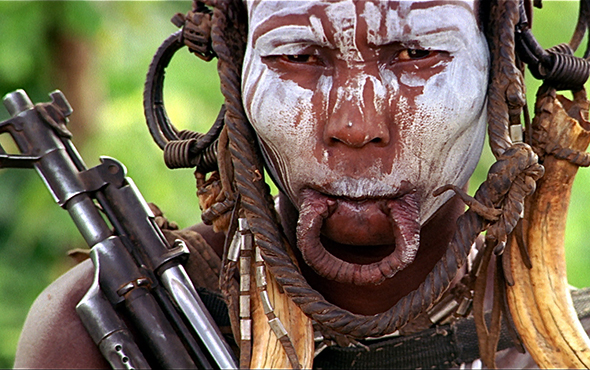 MY TIFF TOP 5
In spite of a few disappointments (more on those below), I was fortunate to avoid anything utterly atrocious at this year's festival, and saw some truly, truly, excellent films.

DIRECTORIAL DISAPPOINTMENTS
It would far too harsh to label Andrea Arnold's Wuthering Heights one of the worst films at TIFF 2011, but in terms of my fondness for her previous film, Fish Tank, Arnold's radical adaptation of the famed BrontÃ« classic was a definite let down. Granted, Heights is grimly beautiful, and effectively conveys the abundant cruelty in BrontÃ«'s text, but Arnold strips the narrative so bare that the central Heathcliffe-Catherine romance feels forced and artificial. Similarly, Gus Van Sant's Restless is far from an outright bad film, but this mawkish exercise in formulaic indie quirk is not what you expect from a selection in TIFF's Masters programme. And, having loved Cyrus, I was disappointed with the ridiculously touchy-feely follow-up from the Duplass brothers, Jeff, Who Lives at Home. Lastly, as much as I wanted to embrace Francis Ford Coppola's Twixt after the legendary director's heartfelt press conference candor, his dreamlike gothic mystery proved perhaps too immersive, in that in lulled me straight to sleep.

UNCLE MARV
Despite three variations on RBC's Uncle Marv promos, this mildly anti-Semitic Tinseltown caricature wore out his welcome quicker than you can say "boom".

TIFF'S SELF-CONGRATULATORY 9/11 TRIBUTE
Though undoubtedly well-intentioned, Solace in the Dark - a TIFF-commissioned short commemorating the events of 9/11 - struck a tone that was as much self-congratulatory as solemn. To be clear, I don't for a moment doubt the sincerity of its participants, but the film can't resist trumpeting the festival's horn in a manner than many viewers found slightly distasteful.

A big thanks to Abduction, an Alliance film that opens in theatres on September 23rd, for sponsoring our coverage of the 2011 Toronto International Film Festival.