It was the Brad Pitt show at TIFF for Moneyball

It was the Brad Pitt show yesterday at TIFF. After a lengthy delay and the inevitable organizational snafus that arise from accommodating the world's biggest star in, seemingly, the Lighbtox's smallest room, TIFF's slate of festival press conferences got underway with the cast and director of Moneyball. Joining Brad Pitt on the panel were co-stars Jonah Hill, Philip Seymour Hoffman, Chris Pratt, and director Bennett Miller.

Moneyball is adapted from the bestselling biography of MLB General Manager Billy Beane (Pitt), and his unlikely transformation of the Oakland Athletics from perennial stragglers to consistent American League contenders.

"It is a sports movie very much and we took great pains to be truthful, but to me it was the things that were underneath that that were interesting to us," said Miller, of a film that joins the long tradition of drawing on sports as a metaphor for triumphing over adversity in all walks of life. 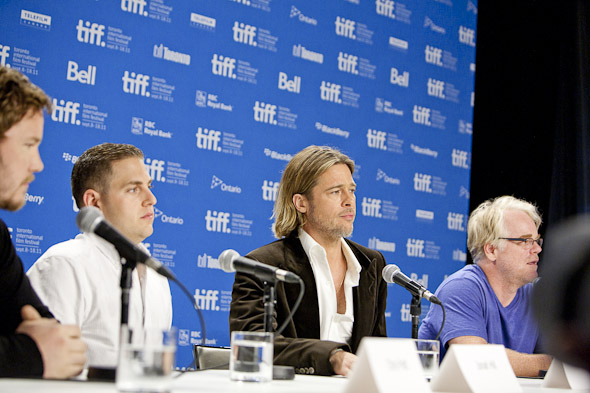 Asked why he thought baseball seems to be a particularly cinematic sport, he replied "Baseball represents something closer to our experience," before explaining that "It's like life in that there are long periods of boredom and monotony punctuated by sometimes excitement and terror." As Miller's response grew more abstract, touching on baseball's "bicameral existence", Jonah Hill chimed in with a concise, comic summary: "He's saying baseball looks cool."

As for Pitt, he discussed that he was drawn to the film as a story of social mores and reinvention, and out of a childhood fondness for the Bad News Bears. "At the end of the day it's a story about our values, how we value other people, how we value success, how we value failure."

Asked whether he thought Beane's system of sabremetrics - using empirical evidence to identify efficient, effective, low cost performers - could be applied to Hollywood, Pitt quipped "Not if they hired me." 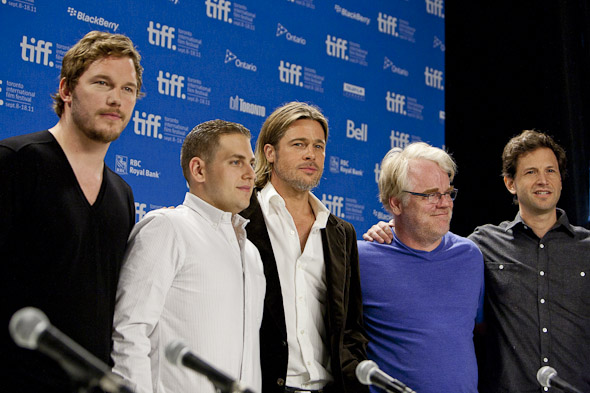 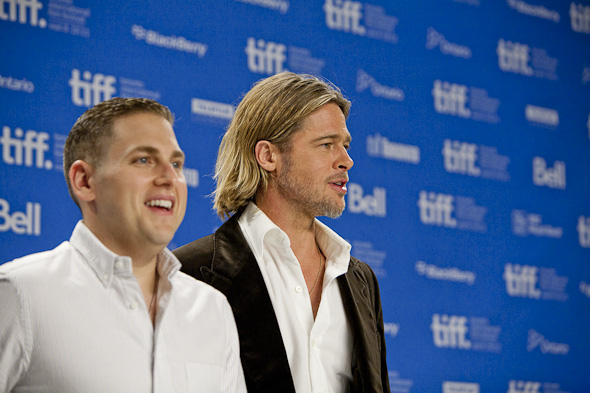 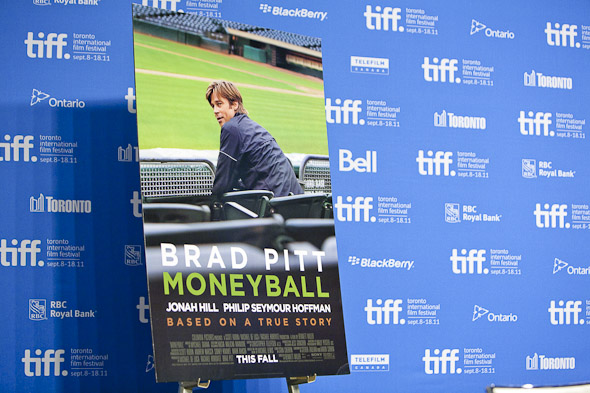