An adaptation of Beau Willimon's stage play Farragut North, The Ides of March is loosely based on the 2004 Democratic primary campaign of Howard Dean, and also draws on the experiences of Clooney's father, Nick, a seasoned journalist who ran for congress in 2004. 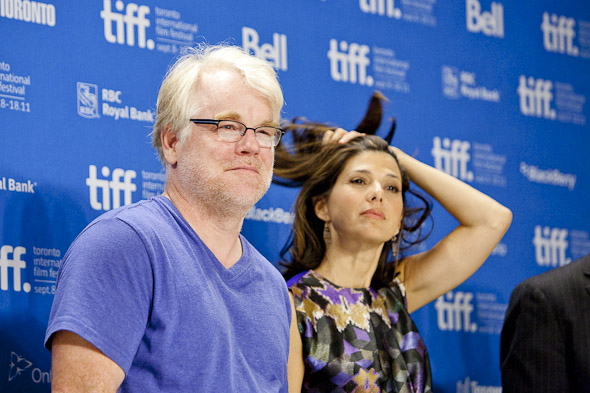 Clooney attributes some of his father's lack of success to the fact that he ran a clean campaign, and he, as well as Hoffman, demonstrated a ruthless, no-nonsense streak during the Ides presser. With evident vexation, Clooney mocked a question about his personal life before Hoffman responded sarcastically to the notion that he's beholden to Oscar buzz.

On the cutthroat element of politics presented by Ides of March, Clooney said "If this film reflects some of the cynicism that we've seen in recent times that's probably good", before adding, "But that wasn't what the film was designed to do." "Everybody makes moral choices that better themselves and hurts someone else along the way... that was our point."

Clooney reserved particular praise for his "intelligent" cast, suggesting that a few might follow him into direction. If that's one potential career path for Gosling, an Ontario native, the actor also confirmed he has no designs on the Prime Minister's office - despite a profile that's rapidly rising thanks to TIFF 11 selections like Ides and Nicolas Winding Refn's Drive.

Gosling suggested that Canadian politics wouldn't make rich fodder on-screen drama. Asked whether an Ottawa-set Ides might work, he replied "The Canadian version would be too nice." Paul Giamatti jestingly disagreed. "It's probably just as dirty up here as anywhere else. You people are filthy corrupt up here, aren't you? I think it's time to blow the lid off of Canadian politics!" 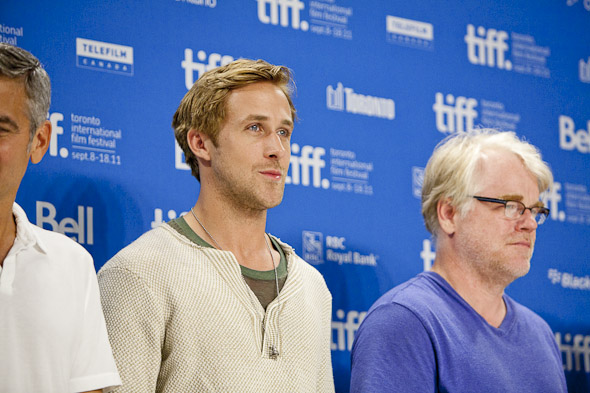 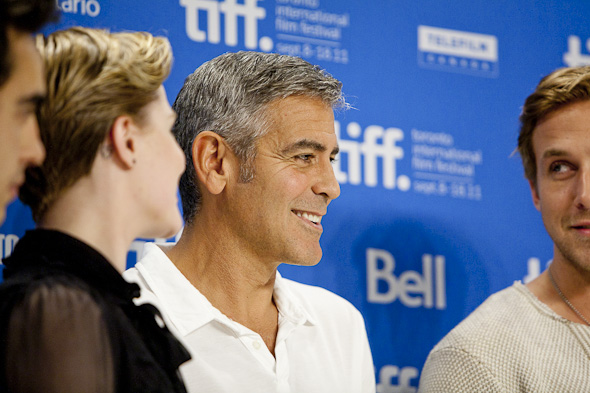 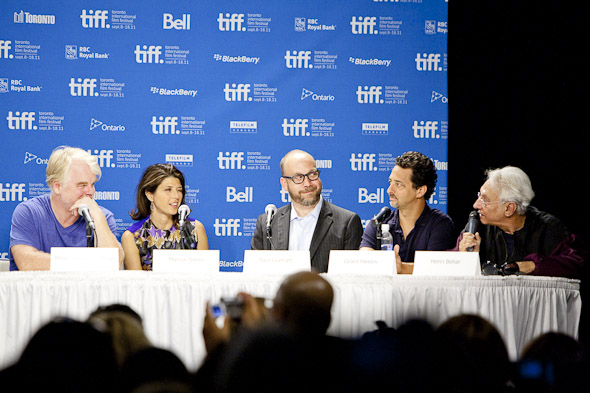 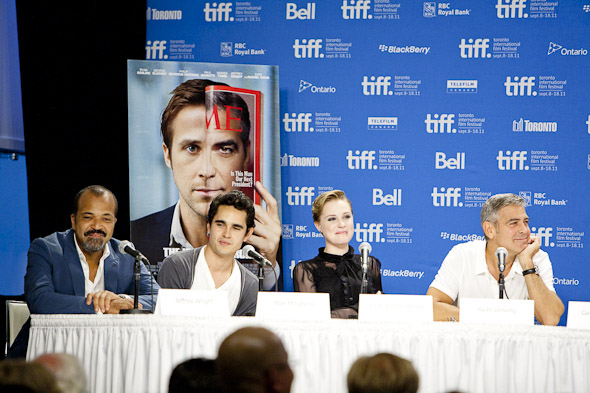 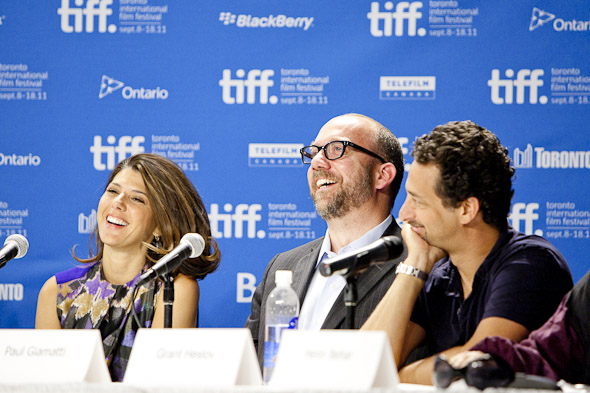 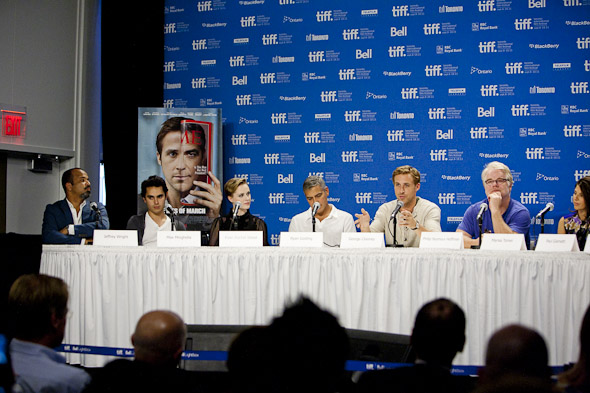 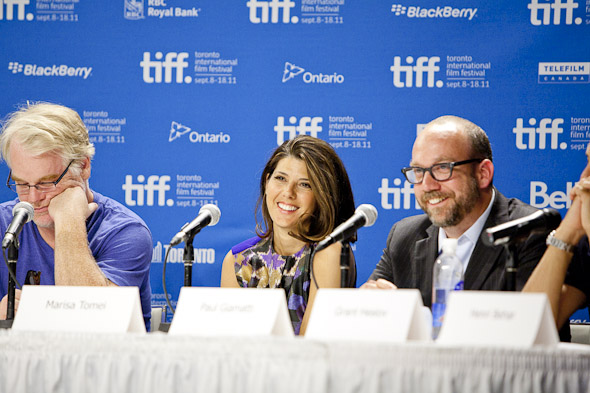 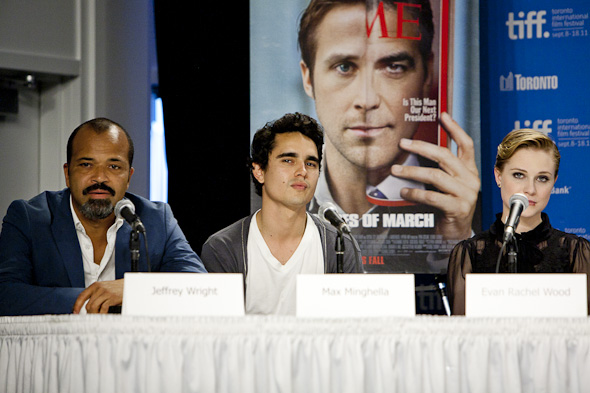 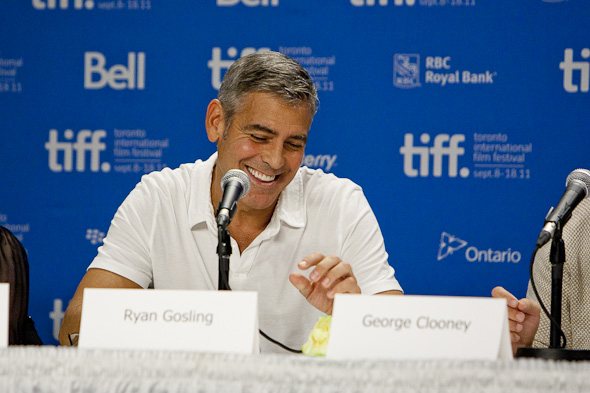 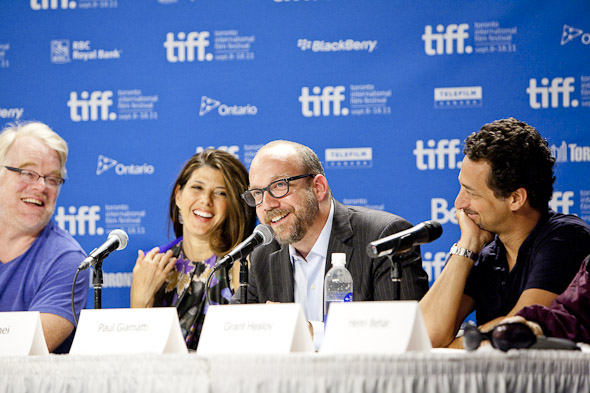 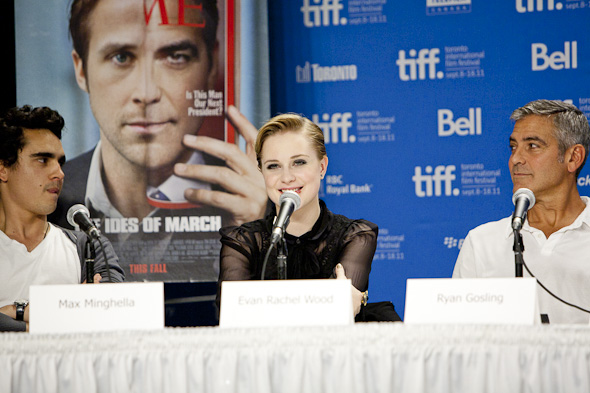