For the uninitiated, Midnight Madness is the go-to programme for horror, genre and cult cinema and is arguably one of the most satisfying collections at the Toronto International Film Festival as a whole. It's appropriately named for not only the content of the films but for the attitude of the fans, as these screenings are the absolute last films to screen each day at the witching hour, some fans come for atmosphere more than anything else. If you come for anything, come for the experience as you won't find a more earnest group of TIFFers anywhere else at this festival.

While I'd love to rave about all ten films on this year's schedule, it's a bit of a commitment to make it to the Ryerson every single night so instead I've narrowed this list down to my five top picks. 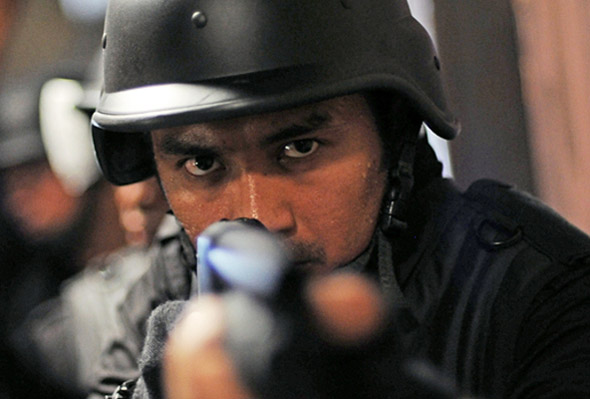 Sometimes the best ingredients for a film at Midnight Madness is fast-paced frenetic action film with a little bit of martial arts and perhaps some disposable criminals to punish. The opening night film Midnight Madness film, The Raid provides all of the above. The scene, a drug infested apartment complex in Jakarta that is controlled by a vicious and ruthless drug lord, Tama, who puts the needs of his junkies and dealers ahead of the residents. When SWAT agent Rama and his team attempt to infiltrate the apartments to bring swift justice, their numbers are cut in half and they find themselves trapped in a fight to the death using the apartment floors and rooms as their battlefields. But will justice prevail? The Raid has an additional screening Saturday September 10th at 12:15pm at AMC 2.

SATURDAY SEPTEMBER 10TH / YOU'RE NEXT / RYERSON THEATRE / 11:59PM
Last year, A Horrible Way to Die impressed audiences and critics alike as a strange meditative film about a serial killer and the woman he loved, a relationship that ended after he went to jail when she discovered and revealed his grisly secret. This year director and writer Adam Wingard returns with You're Next a locked-house horror film about a family reunion gone completely awry. Remember that feeling, which only arises at family functions, of wanting to commit matricide or patricide to get your parents to stop talking? How would you react if somebody else tried to beat you to the punch? You're Next attempts to find that out, as a dinner with the family turns deadly when a group of armed invaders attack and send the familial unit on the defense as they try to band together against their assailants. You're Next can also be seen Monday September 12th at 6:30pm at AMC 7 and Friday September 16th at 4pm at TIFF Bell Lightbox 2. 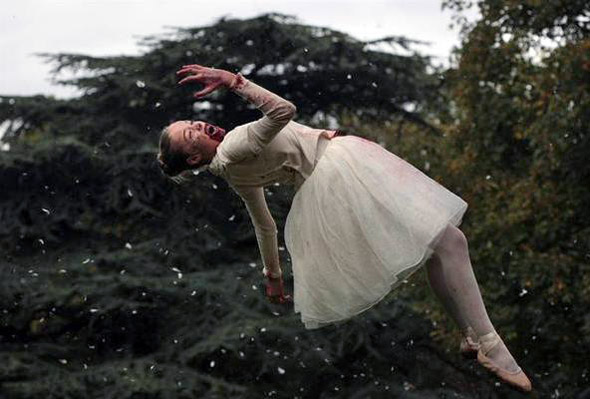 The directors who presented the unapologetically gory and disturbing film Inside to horrified audiences at Midnight Madness in 2007 return this year with Livid, a dark, dream-like horror film about going where you don't truly belong. Lucie, a dissatisfied trainee caregiver looking after a rich old woman in a coma hears a rumour of a great treasure lying to waste in her charge's home. When she and two of her friends break into the woman's home to claim the treasure for themselves, their greed unlocks a plethora of horrors instead, punishment for their greed and betrayal. Rumoured to be the goriest film at Midnight Madness this year, Livid promises to be a terrifying fairy tale of horror that you won't soon forget. Livid also has an additional screening Tuesday September 13th at 5pm at the AMC 7.

THURSDAY SEPTEMBER 15TH / THE DAY / RYERSON THEATRE / 11:59PM
It just wouldn't be Midnight Madness without a film with a post-apocalyptic theme and this year, The Day takes that position. Following whatever Earth's most recent apocalyptic disaster seems to be, The Day is more concerned with a small group of survivors and a crucial 24 hour time period in which they are faced with some of their biggest challenges, an outsider, an ill comrade and mistrusting each other. The story sounds similar to other zombie-related apocalypse films, but The Day seems like it might have a more ambiguous edge to it that will propel the story further than your average survival flick. With an interesting ensemble cast with lesser known but respectable names such as Dominic Monaghan (LOTR), Shannyn Sossamon (The Rules of Attraction) and Shawn Ashmore (X-Men Franchise), there seems to be something a bit different here, while absolutely bleak at the same time. The Day can also be seen Friday September 16th at 3pm at the Scotiabank Theatre 2 and Saturday September 17th at 9:45pm at Scotiabank Theatre 11. 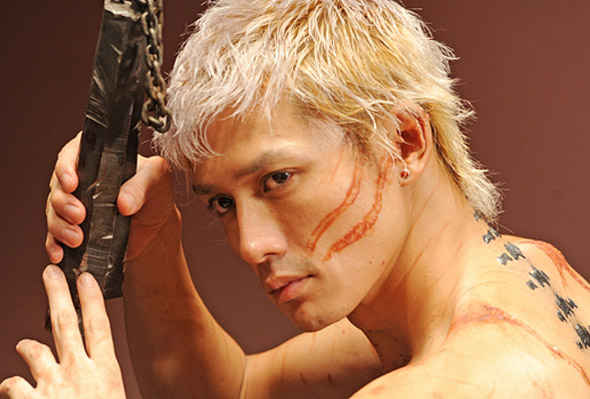 While there aren't too many laughs to be found on the programme this year, Smuggler makes up for that in spades as a ridiculous black comedy about Kinuta, a man indebted to the Yakuza and burdened with the unfortunate task of disposing of their dead. When a major Yakuza boss is murdered, Kinuta and his associates are imperiled when his minions plot revenge on anybody they believe may have had a part in his death. And let me assure you, stuff is only about to get stranger. The film features Midnight Madness veteran Masanobu Ando (seen in Sukiyaki Western Django and last years The Butcher, The Chef and the Swordsman) as Vertebrae, a terrible assassin/serial killer who must be transported as carefully as possible and may have been the one responsible for the death, whoops. Smuggler can also be seen Saturday September 17th at 6:45pm and Sunday September 18th at Scotiabank Theatre 4.

To purchase tickets and for more information about ticket availability and ticket prices, visit tiff.net. Tickets can be purchased online, via (416)599-TIFF or in person at the Festival Box Office or at the Theatre Box Office on the day of the film.