Legendary filmmaker Francis Ford Coppola participated in a remarkable press conference on Monday morning, ostensibly to promote TIFF's world premiere of his latest film, Twixt. While Coppola and Twixt star Val Kilmer did offer some insights into the origins of the film - which was inspired by the gothic-horror writings of Edgar Allan Poe - the conference quickly became a candid, deeply personal affair, with the 72-year-old director, at times, appearing near to tears.

On Twixt itself, Coppola revealed that the film came to him in an dream, within which he'd encountered celebrated 19th century writer, Edgar Allan Poe. Coppola transcribed his vision into the outline of a screenplay - about a writer caught up in a small town murder mystery - and it was at that stage of the project that Kilmer came on board. On what attracted him to the material, Kilmer explained "This guy is a writer who's stuck, and I've been writing a screenplay for about six years so it was very familiar territory, but it was just exciting and fun." "You're not sure what genre you're in sometimes, and whether it's real and whether it's part of a dream."

When the questions turned to the personal elements of the film, Coppola was impressively forthcoming. While, obviously, he made his name with classics like The Godfather and Apocalypse Now, some of his more recent, more personal efforts have been less well received. "I've been around a long time and obviously one of the most frequent things I hear is 'Oh, well, the films you're making now are not as good as the films you were making 30 years ago.'... It's really simple, my answer is the truth: 30 years ago, those films you think were so good were not received well. 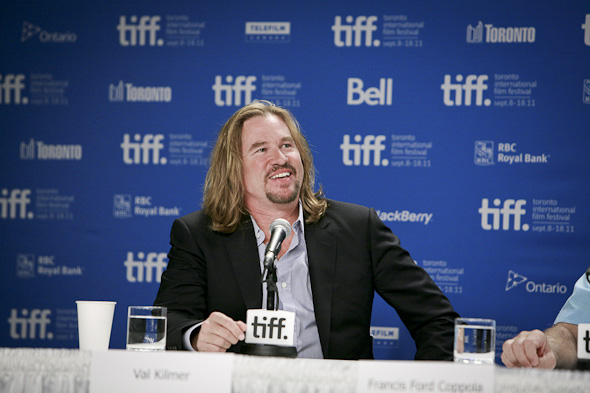 "The Godfather got a terrible review in the Daily Variety; I was crushed because I didn't understand how things work." "No one was saying 'Oh, you're making such interesting films', they were saying the opposite." He added, "30 years later they were saying 'Those were interesting films', so I realize now, the films I'm making today I have to wait for 30 years to find out... and the truth is I'm not going to be around in 30 years... so that sort of is liberating." 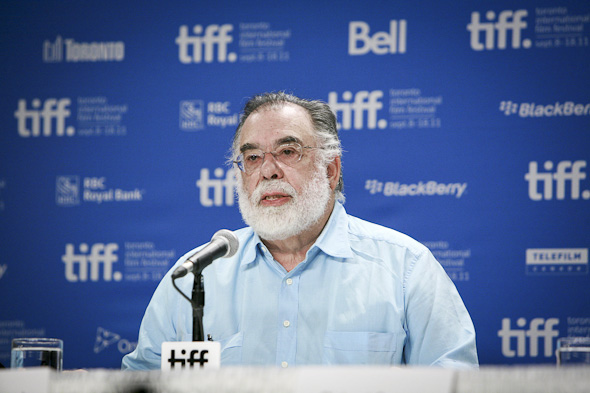 Pressed on what seems to be a specific reference in the film to the tragic death, in 1986, of Coppola's eldest son, he explained "Well I knew that the piece was a gothic romance story - I do like that tradition in American literature - but I believe that every film I work on now should be personal, because one of the beauties of making a film is that you learn so much about whatever subject matter you're working on." 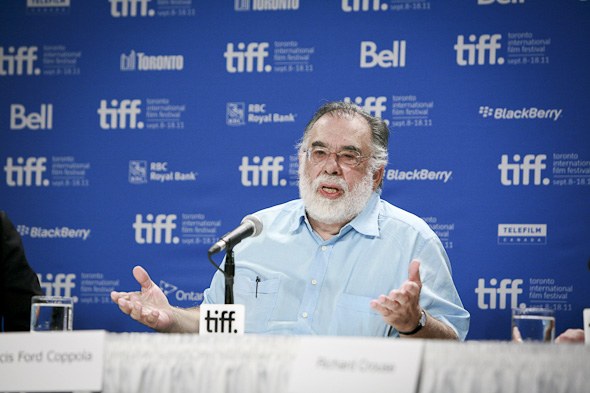 "But I didn't realize it was going to take me to something I haven't ever admitted to myself, which is my own...every parent feels that they are responsible for whatever might happen to their kid", he said, with visible emotion. "You don't let yourself off on that, and I didn't realize how much I felt personally responsible for what'd happened those 24 years ago, because I should have been there." 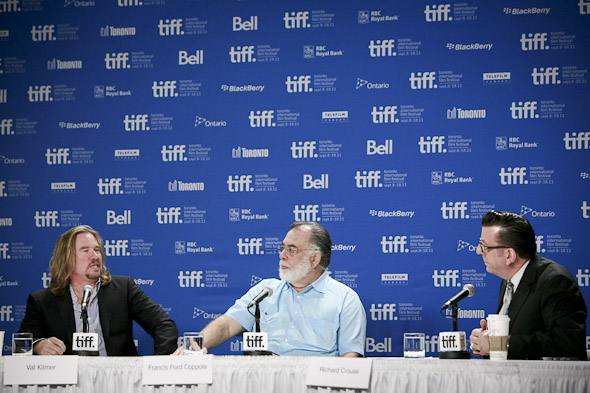 When asked if he'd consider a return to The Godfather franchise, Coppola's answer was emphatic, "I have as much interest in a gangster movie, or another Godfather film as I do in this glass of water, and I'm not thirsty." "I didn't enjoy making The Godfather, I was blessed to have an extraordinary cast at a time when the public was interested in that, but where does the idea come from that if you make a movie you have to make six of them? That's a financial idea...it has nothing to do with movies."

Invited to touch on happier memories, he was full of praise of his daughter, Sophia Coppola, who shot her first feature, The Virgin Suicides in Toronto. He also reserved some generous words for TIFF, and the fact that it's a festival that prioritizes the public experience. 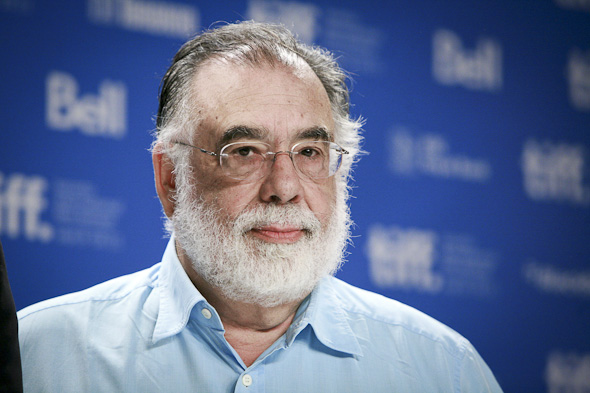 On Twixt's gala premiere at the Princess of Wales theatre, Coppola said, "The screening I went to had about 2000 people, and I have never had such a wonderful and positive screening of a movie that I can think of." Reflecting on the checkered critical receptions to his films, he added, "This [the audience's] is the one opinion, but there's the other opinion you get."

Photos and video by Jesse Milns