With Spectacular Obsessions, TIFF's new tribute to master auteur Federico Fellini, Lightbox Artistic Director Noah Cowan has fused the organization's most beloved facets into a single, splendidly mounted exhibition. Renowned both for its efforts to advance the cinematic art form, and for bringing Tinseltown's top talent to Toronto, TIFF's latest lavish installation caters to culture buffs and celeb-obsessives alike. Fellini's stature as one of cinema's boldest visionaries, coupled with his fixation with decadence, scandal and celebrity excess, make Spectacular Obsessions an obvious fit for a Lightbox gallery run. Indeed, having debuted in Paris in 2009, the heavily adapted Toronto exhibition will be its only North American incarnation. On now through September 18, and featuring some 400 photos, drawings, film clips, and a variety of period memorabilia, as well as the Maestro's magnificent "Book of Dreams", the exhibition spotlights the often salacious stimuli that fueled a filmmaking genius. 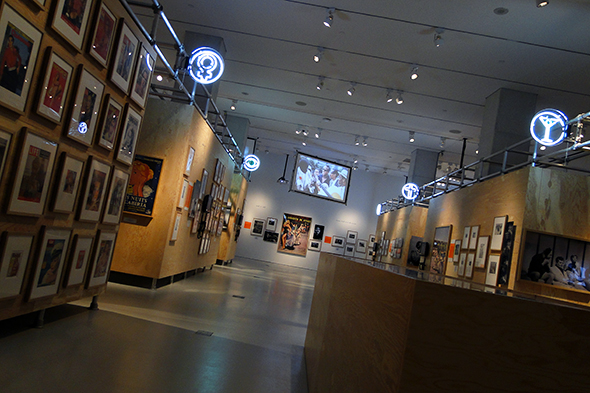 Perhaps Fellini's grandest obsession was with the city of Rome itself. As dramatized in his typically autobiographical Roma (1972), the young artist arrived in Italy's capital to discover a vast carnival of vibrant humanity, and a thrilling contrast to Rimini, his sleepy seaside hometown. Local design luminary Barr Gilmore has drawn on the Eternal City's ubiquitous scaffolding to lend Spectacular Obsessions a Roman "under restoration" chic, and to echo the on-set scaffolds at CinecittÃ Studios, where Rome was regularly recreated as only Fellini imagined it.

Through a neon-lit central corridor, Gilmore also evokes the Via Veneto, Rome's cafÃ©-lined, star-studded drag that, with the release of La Dolce Vita (1960), became synonymous with '60s glamour. Each adjoining section is devoted to one of Fellini's disparate, eponymous inspirations, ranging from rock 'n' roll and circus theatrics, to religious iconography and a near-pornographic appreciation for the female form. 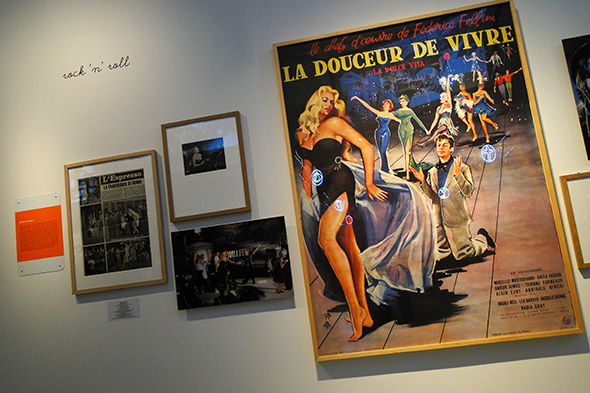 As Fellini's single most iconic work, La Dolce Vita serves as the exhibition's centrepiece, and acts as the nexus for several exhibits devoted to the filmmaker's fascination with tabloid sensationalism. A loosely plotted odyssey of hedonistic indulgence, the film features Fellini's muse and stand-in, Marcello Mastroianni, as a disenchanted tabloid columnist. His colleague, an aggressively snap-happy photographer named Paparazzo, would give rise to one of the essential terms of our contemporary pop-cultural lexicon.

Spectacular Obsessions documents several of the real life spectacles that Fellini incorporated into La Dolce Vita's vibrantly staged vignettes, including the inspirations for the high-flying, helicopter-harnessed Christ statute, and the scandalous impromptu striptease that bookend the film. One of the installation's most illuminating exhibits reveals both the origin and romanticized legacy of the celebrated Trevi Fountain frolic, shared by Mastroianni and prominent pin-up costar Anita Ekberg. 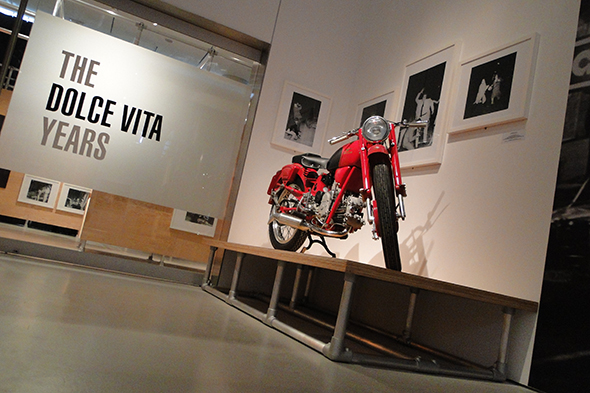 In the Lightbox gallery annex, a companion exhibition entitled The Dolce Vita Years showcases the candid photojournalism of Marcello Geppetti, one of Rome's original paparazzi. Geppetti enjoyed a rare gift for off-the-cuff artistry, prompting American Photo to label him "the most underrated photographer in history." If Geppetti's talents demand greater recognition, however, there is no mistaking his skillfully framed subjects, who include Audrey Hepburn, Bridget Bardot, the Beatles, and Elizabeth Taylor and Richard Burton - captured in a famously illicit embrace. 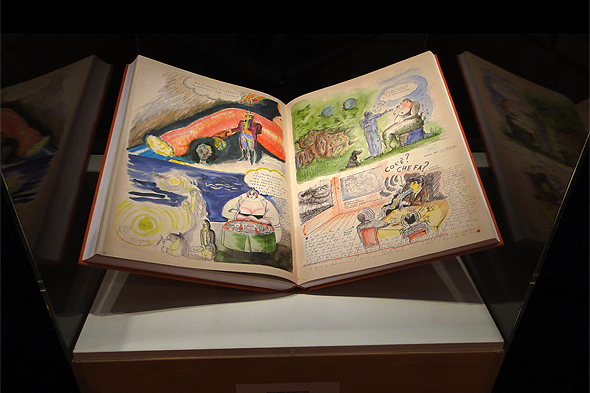 Fellini's newfound willingness to explore his subconscious impulses also had an obvious transformative effect on this cinema. Beginning with 8Â½ (1963), he decisively abandoned the neo-realist style of his early career. In its place, and to rapturous acclaim and a third Best Foreign Language Oscar, he improvised a transparently self-reflexive narrative, seamlessly interwoven with vivid, fantastic dreamscapes. 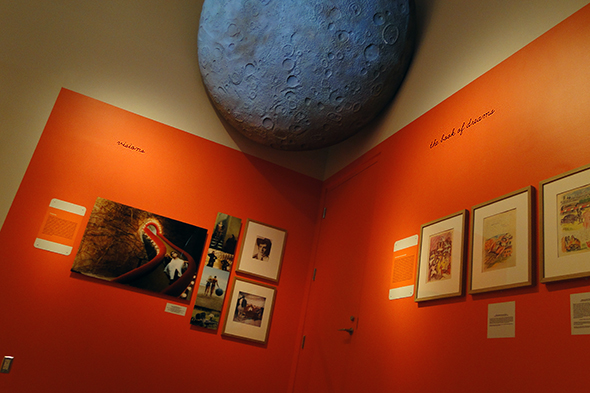 In celebration of one of cinema's most glittering and influential careers, as well as to provide greater context for Spectacular Obsessions, the exhibition is accompanied by Fellini / Fellinieseque: "Dream" Double Bills, a film program curated by Cowan and nine fellow industry leading lights. Soliciting contributions from filmmakers Atom Egoyan, Miranda July, Deepa Metha, and Apichatpong Weerasethakul, among others, the program pairs a series of Fellini classics with corresponding selections, either influenced by the Maestro or sharing in his themes.

Scheduled screenings span the gamut of Fellini's body of work, from his humble hometown ode, Il Vitelloni (1953), echoed by Barry Levinson's Diner (1982), to his opulent historical fantasy, Satyricon (1969), with Derek Jarman's equally brazen Sebastiane (1976), to his late surrealist battle of the sexes, City of Women (1980), paired with Frank Perry's The Swimmer (1968).