Photos of the new Total Recall being filmed in Toronto

Although the new monster-budget remake of 1990's Total Recall has been filming in Toronto for almost two months, thus far the action has been mostly confined to the sound stage at Pinewood Studios on Commissioners Street in the Port Lands. Earlier this week, however, the production got a whole lot more public. With stars Colin Farrell and Jessica Biel in tow, film crews descended on Lake Shore Avenue East to shoot one of what will likely be a number of chase scenes in the $200 million movie, the most expensive to be shot in Toronto to date.

I'm not one to gawk at celebrities, but I've always been fascinated by behind-the-scenes shots of film productions, particularly those which promise to feature gratuitous special effects. While I have little difficulty suspending disbelief in the theatre, it remains intriguing to see what the filmmakers and editors have to work with, even if it's invariably less exciting than the final product.

The stretch of Lake Shore where the filming took place is back open today, but one suspects this isn't the last time that the Total Recall cast and crew make an appearance outside the studio. Check out the photos below, and if you have shots of the production, send them to the blogTO Flickr pool. Lead shot by syfractal. 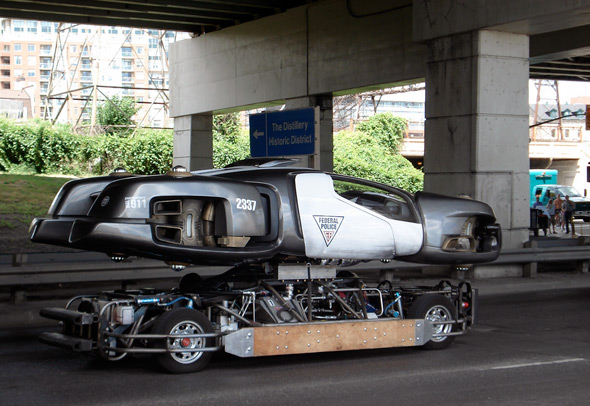 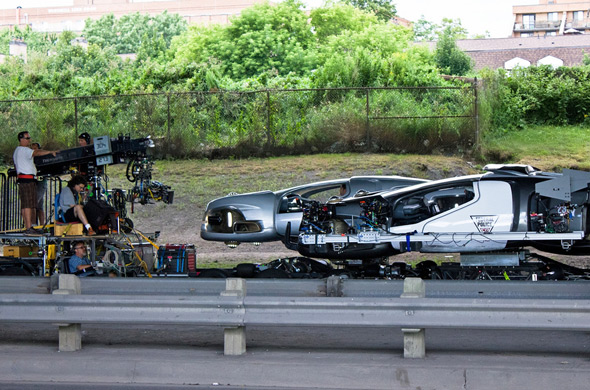 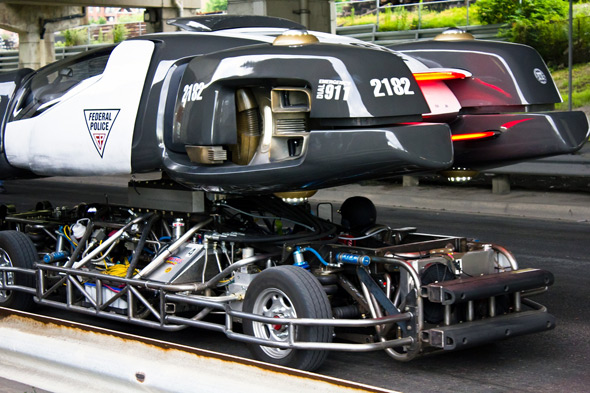 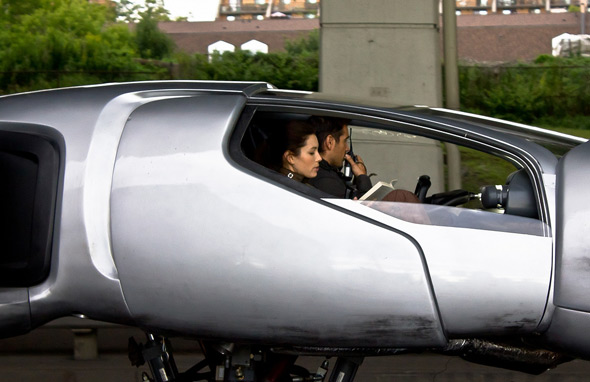 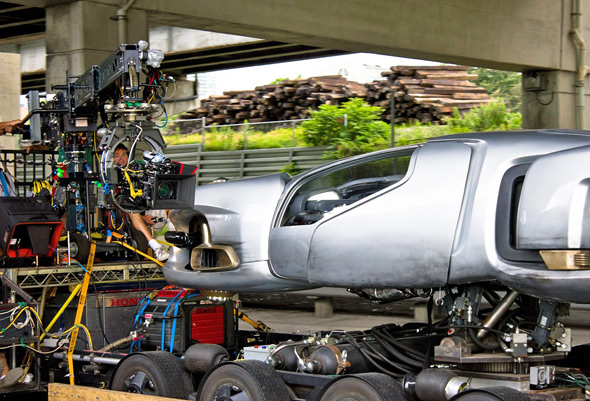 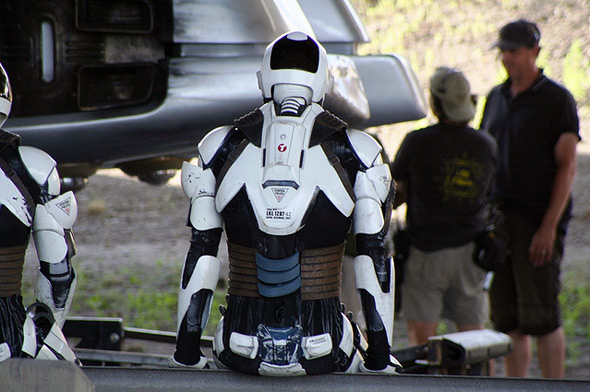 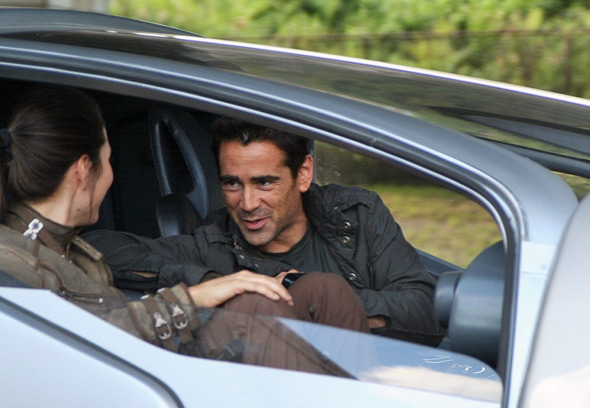