The 19th year of Hot Docs came to a close on Sunday, and with the announcement last night of the Audience Award Winners, we've put together our own little list of the best of the fest. How do our choices compare to the official selections? While we believe that all of the below films deserve special mention, four of our choices were reflected in the top 10 audience ballots, and one of our choices â Dragonslayer â won the jury prize for Best International Feature. These represent our favourite films of the festival, and we welcome you to share yours in the comments.

How to Die In Oregon 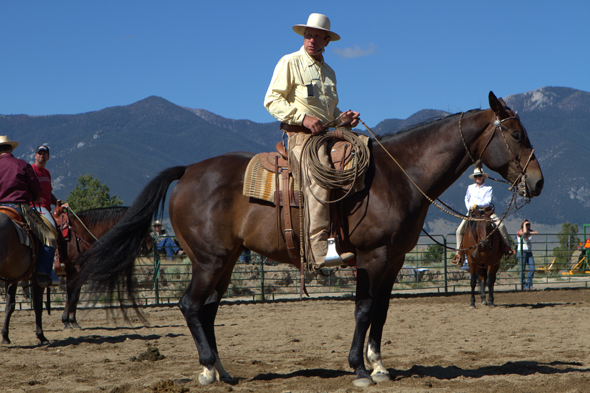 - Audience Award Selection #3
A film of extraordinary compassion, sensitivity, and candor, the highest tribute I can pay How to Die in Oregon is that I sincerely wish it had been screened for the Supreme Court of Canada prior their narrow, 5-4 decision against Sue Rodriguez, who petitioned to de-criminalize assisted suicide in 1993. Of course, the verdict may have remained unchanged, but it is genuinely difficult to conceive that the majority justices would not have been moved, variously, by the poise, courage, and grace of the film's subjects, as captured with astonishing intimacy by sophomore documentarian Peter D. Richardson. His protagonists are several of the 500-plus terminally ill Oregonians who have gratefully availed themselves of the state's Death with Dignity Act, as well as an advocate of a similar law recently enacted in Washington. His fullest portrait is of the amazing Cody Curtis, a radiant 54-year-old wife and mother of two, suffering from inoperable cancer. To say that the film is heart wrenching is a considerable understatement, but it is also truly gratifying to witness, first-hand, the autonomy, peace of mind, and contentment for which Oregon's law allows. (JC)

Buck - Audience Award Selection #6
Yet another horse tale, but one with a lot more human heart than you'd expect. Buck is the story of Buck Brannaman, a horse 'whisperer' of sorts who took the horse training world by storm by introducing his take on a kinder form of horse wrangling. Buck is all about respect, that is for the horse as well as the rider, and now he spends 9 months out of the year teaching clinics about how to get the two to work together. With a woeful backstory which highlights the lack of respect he was brought up with, Buck is funny as well as heartwarming (there's that word again!) and really interesting as the crew follows his clinics and allows us to experience his 'magic' of sorts, a magic that really resides in body language and pride. But a horse comes by at the end of the film which presents a real challenge to Buck, the question arises, is he really able to rehabilitate ANY horse, or are some horses, like people, too broken to be fixed? (DD)

Koran by Heart - Audience Award Selection #10
An extremely arresting portrayal of the conflict within Islam through the eyes of three of the youngest competitors in one of the worlds major Koran recitation competitions, specifically the only one that admits girls. The backgrounds of the youths are as disparate in their education as can be (one child, a finalist, is functionally illiterate) as they hail from Senegal, Tajikistan and the Maldives, and because none of them know Arabic, they compete based on memorization alone. Spellbound for the Middle East, this film is not â instead it paints a picture of the future that Islam is turning towards and in some ways, fighting against. The film captures the pressure on these children from family and society to represent and honour Islam but with an ominous cloud above them, as fundamentalism creeps in from all corners, even from the parents themselves. (DD)

Hell and Back Again 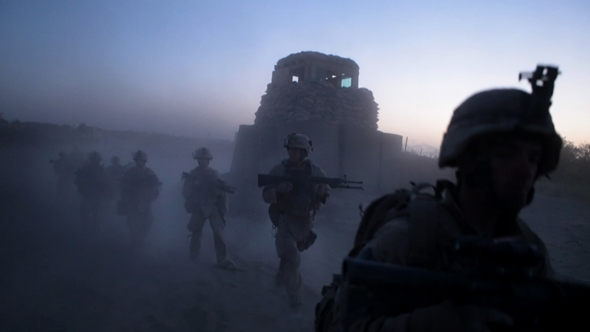 While I would never deny that the Oscar-nominated Restrepo is an important, and extraordinarily courageous piece of filmmaking (a fact underscored by Tim Hetherington's recent untimely passing), its unrelenting assault of frontline footage ultimately left me more inured than immersed. Initially, I was wary that Hell and Back Again - another high profile, first-person foray into the Afghan war - would yield a similar result. Instead, I found it quietly devastating. To be sure, that's not to be taken as saying the film is lacking in sound or fury. Indeed, photojournalist-director Danfung Dennis conveys the chaos of his embedded deployment with an intense, graphic, and high-definition immediacy. His true masterstroke, however, is in artfully interweaving his stunning battlefield images with glimpses of the physical and psychological battle waged by Sergeant Nathan Harris, a recovering soldier who, upon returning to the U.S., is abruptly confounded by the mundanity of civilian life. Notable, too, for foregrounding the plight of bewildered Afghanis caught in a literal and ideological crossfire, Hell and Back Again hits hard, and from all sides. (JC)

The Redemption of General Butt Naked
I can not emphasize enough how important and challenging this documentary is and will be for those with any sort of Western bias towards Evangelism, but perhaps if anything, that adds more to the drama of this film. The former General Butt Naked, now Joshua Milton Blahyi, is a frightening remnant of the Liberian civil war, a terrifying spectre-General who lead a team of soldiers, comprised of teens and children, as the Butt Naked Brigade, slaughtering people indiscriminately while nude. Almost a decade later, he has become a self-appointed minister and Christian and the crew follows his attempts to beg for forgiveness and witness along the way, flashes of sincerity and ego which reflect his past life. While victims struggle to believe and forgive him, the film makes it a point to never let on whether or not they themselves believe his conversion. Graphic at times, horrifying at others, this is a reminder that once war is over, trauma still lives on. (DD) 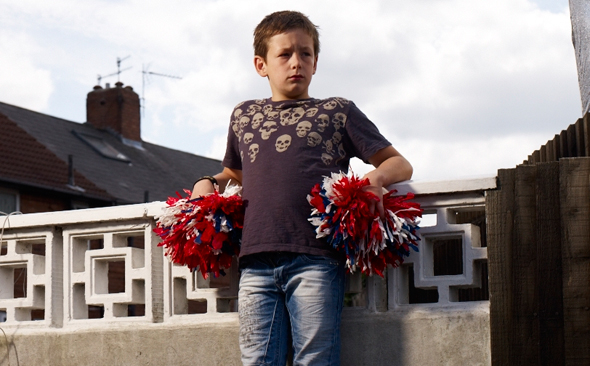 In light of my previous selections, Boy Cheerleaders represents a much-needed boost to the adorability quotient of this best-of-fest list. Accounting even for Being Elmo, there cannot have been a more endearingly uproarious film at Hot Docs 2011. Originally produced for the BBC, Director James Newton presents the wonderfully improbable story of the DAZL Diamonds, the only all-boys team to compete in the UK's National Cheerleading Championships. Whereas, today, it would be relatively unremarkable for nine lovable scamps from south Leeds to have joined a street dance crew, in this case, "cheerleading" means cheerleading, pink pom-poms and all. Typifying that distinction is the group's sensationally camp head coach, the ice-blonde Ian. Despite sounding something like a Yorkshire Richard Simmons, he commands total respect, and is a firm-but-fair father figure. As many of the boys are from single-parent homes, the competition also serves as a surprisingly poignant source of mother-son solidarity, even for all its gender-bending pageantry. Hilarious and terrifically touching, its inclusion was a no-brainer, both on this list, as well as on my Mother's Day itinerary. (JC)

Dragonslayer - Winner, Best International Feature
Most of the time, I fall for docs with a charismatic subject, well constructed story arc, or candid expose - none of which are present in Dragonslayer. That might just be the point. Tristan Patterson's first film captures a genuine "disaffected suburban youth" thing by following Josh "Skreech" Sandoval around. Sandoval offers up a pretty aimless period of his life to the filmmaker, in which his main interests, aside from skateboarding, are romance and bongs. Prior to cementing a triumphant start to 2011 by taking Hot Docs' top international honour, Dragonslayer also got a nod for Best Cinematography at SXSW, and picked up the grand jury prize for Best Documentary Feature. (CM)