As the Rendezvous with Madness Film Festival enters its 18th year, it continues to challenge the social stigmas around mental health by pairing an eclectic program of shorts, documentaries and feature-length films with panel discussions lead by health care professionals, artists and filmmakers.

This Friday, November 5th, the nine-day festival leads off with a gala screening of Carl Bessai's Repeaters at the Bell Lightbox. The film, which garnered mixed reviews when it premiered at TIFF earlier this year, follows three rehabilitation residents as they are forced to relive the same day over and over. Prolific director Bessai will be on hand to discuss the film.

It is also worth mentioning that a new addition to this year's festival will be video conferencing during post-screening panels, allowing out-of-town filmmakers to participate in discussions of their work with audiences.

Other notable films at this year's festival include:

The relationship between mental disorders and artistic creation has been the topic of many films, but DeCharme's documentary focuses in on what French artist Jean Dubuffet coined as the "art brut" movement - or, art that had been created beyond the boundaries of official culture and often by the disenfranchised. The film provides fascinating portraits of a number of artists, including a French engraver who worked in complete darkness in order to let spirits guide his hand, and an American with Asperberger's Syndrome who uses his obsession with dates and numbers to fashion distinctive artwork that apparently predicts the future. Employing stock footage, interviews and animation to recount the history of the movement, the film is a worthwhile exploration of what motivates the creative impulse. 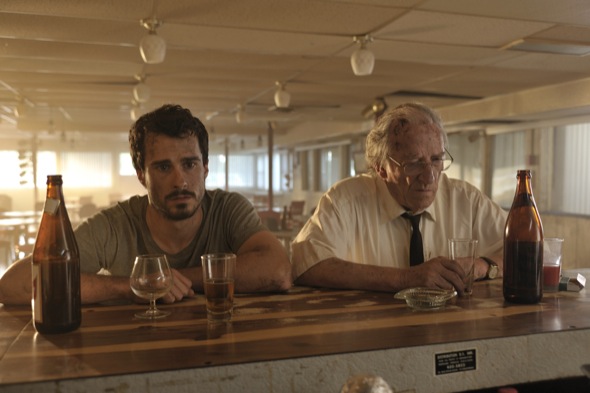 (Robin Aubert, Canada, 115 Min)
A bereaved husband abandons his two young children, steals his wife's body from her grave and disappears into the Quebec countryside, and his embittered father and alcoholic son are tasked with locating him. Aubert's film revels in the familial dysfunction and seedy interiors on display, and manages to achieve a strange equilibrium between sequences of disturbing abuse, acerbic comedy and emotional catharsis. With Aubert's star on the rise, this is recommended viewing.

The Canadian premiere of a documentary about freestyle motocross legend Larry Linkogle, and his descent into drug abuse following tragic circumstances. I'll confess that I approached this film with a certain level of trepidation given my lack of interest in motocross, but was pleasantly surprised by how engrossed I became in Linkogle's story. Also, kudos to Barker for getting Lemmy Kilmister (of Motorhead) to provide the narration, and the stunt footage is pretty exhilarating. 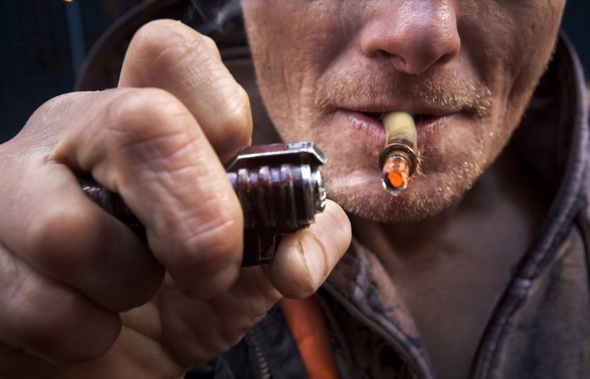 This year, the festival has a fantastic lineup of Canadian shorts, including In Their Eyes, John Lehmann's portrait of street life on Vancouver's downtown east side; Pour Jeanne (For Jeanne), a gorgeous meditation on mourning and depression; and Danse Macabre, a somewhat ghoulish ballet piece involving reanimated corpses.

The Man of a Thousand Songs 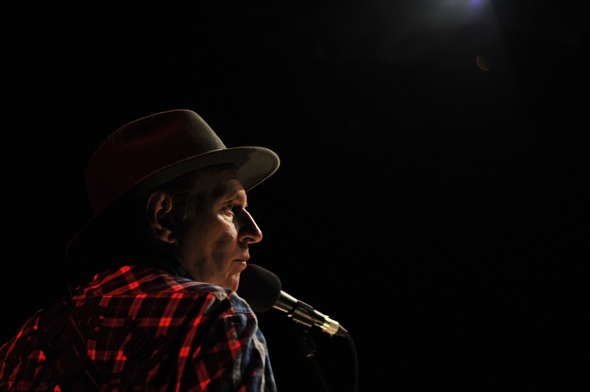 (William D. MacGillivray, Canada, 90 min)
Legendary Newfoundland folk singer-songwriter Ron Hynes recounts his troubled life story - from securing a recording contract at the tender age of sixteen to his public meltdowns and struggles with artistic impotence and substance abuse. Hynes refers to himself in third-person, shoots off inappropriate jokes, and frustrates most attempts to engender viewer sympathy, but MacGillivray's aesthetic choices help to create a sense of intimacy. Particularly noteworthy is the concert footage included in the film, which showcases Hynes in his element. The festival has invited Hynes to perform after the closing gala, which should be quite the treat for fans of the musician.

Aside from the opening night gala, all screenings will be held at the Workman Arts Theatre, 651 Dufferin Street. Tickets can be purchased by phone at 416-583-4606 or online at www.rendezvouswithmadness.com.