The imagineNATIVE Film and Media Festival has evolved into one of Toronto's premiere art events and an important platform for both emerging and existing Indigenous artists to come together and tell compelling stories.

The four-day festival kicks off this Wednesday, October 20th with an eclectic international program of features, shorts, and documentaries, as well as radio works, gallery-based exhibitions, performances and events.

Boy (Taika Waititi, New Zealand, 88 min)
It's 1984, and in the seaside village of Waihau Bay, New Zealand, 11-year-old Boy bides his time talking to his pet goat, caring for his eccentric brother, and dreaming of the day he'll cross paths with his idol, Michael Jackson. When his long lost father Alamein reenters his life and turns out to be an incompetent thug, Boy is forced to reconcile his grand visions of the future with reality. New Zealand's highest grossing film and a popular entry at both Sundance and the Berlin International Film Festival, Boy is an offbeat comedy buoyed by charming turns from its lead actors. Those familiar with director Waititi's work will also know that he worked on the series Flight of the Conchords, which should give viewers a good sense of what to expect.

Nuummioq (Greenland, 98 min)
Greenland's first ever submission to the Academy Awards' foreign language film category kicked off at Sundance earlier this year and has its Toronto premiere here. Meet Malik. He's a carpenter in his mid-thirties. Good looking. Likes to hunt, hang out with his buddies, drink, and maybe get laid every now and again. Then there's a game-changer: terminal cancer. The film follows Malik on a boat trip through sweeping northern landscapes (how can I get to Greenland?) as he comes to terms with the diagnosis and breaks the news to his friends and family. 'Nuummioq' apparently translates to "resident of Nuuk", the country's laid back capital and largest city (meaning roughly 15,000 people). (CM)

Inuit Knowledge and Climate Change (Zacharias Kunuk, Canada, 60 min)
Kunuk, director of Atanarjuat: The Fast Runner and The Journals of Knud Rasmussen, returns with an excellent documentary on changing climate in Canada's north, and the direct impact that those changes have had on Indigenous populations that have lived there for centuries. Highly recommended.

Dreamland (Ivan Sen, Australia, 88 min)
A significant departure from the 2002 drama Beneath Clouds, Ivan Sen's second feature is meditation on isolation and the search for meaningful connections. Following a dying UFO hunter through the Nevada desert as he scans the skies for extraterrestrial life, the film lacks anything resembling a cohesive narrative, and is composed of stark landscape shots, stock footage of American astronauts, and an ambient score pieced together from military radio transmissions and self-help ads. That said, the cinematography is gorgeous and fans of art cinema are in for a treat if they are willing to give themselves over to the film. 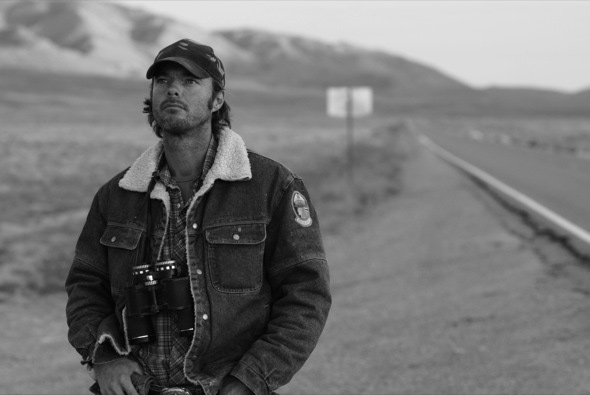 What Men Don't Know (Xie Fui-mei, Taiwan, 25 min)
As part of the imagineNATIVE spotlight program on the Indigenous communities of Taiwan, this documentary takes the viewer to Orchid Island in the South Pacific. As the Yami men venture out to catch the yearly supply of flying and dolphin fish, the local women come together to farm and prepare the Migananaga celebration as a show of support. A simple but effective film with some moments of unexpected comedy.

File Under Miscellaneous (Jeff Barnaby, Canada, 7 min)
An entry in the Moon Shine Shorts program, Barnaby's short is a bleak look into a dystopian future where men are forced to make painful sacrifices in the name of conformity. Based on Pablo Neruda's poem "Walking Around," this film isn't for the faint of heart, but it is a must-see for anyone familiar with Barnaby or interested is seeing the work of a rising Canadian filmmaker.

Burnt (Alejandro Valbuena, Canada/Columbia/USA, 14 min)
The Heist (Leena Minifie, Canada, 8 min)
Part of the inaugural Dancing Queenz! program, both Valbuena's Burnt and Minifie's The Heist illustrate the ways in which classical and popular forms of dance can be used to convey unconventional narrative perspectives. Burnt is a more serious affair, with a boy's struggle over his sexuality enacted through ballet and against a stifling suburban backdrop, while The Heist is a campy number about a group of vogue-ing cat burglars fighting over the perfect high heel shoe. Both are worth a look.

A Flesh Offering (Jeremy Torrie, Canada, 95 min)
Scary horror movies can get away with being unpolished, sticking to formula, and having bits that don't make any sense. But, A Flesh Offering isn't scary. At all. A group of friends spend a few days in a remote cabin in the woods. First, there's the campfire ghost stories (the scary monster is the mythical Windigo). Then, pot smoking and teen sex. Then, the shallow blonde disappears. You know the rest. (CM) 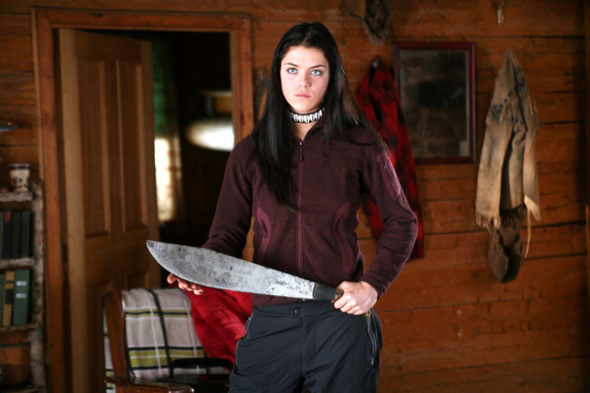 Blue in the Face (Myron Lameman, Canada, 3 min)
Two women sit on a couch and engage in a superficial debate over Indigenous representation in James Cameron's Avatar and the Twilight series. The acting is flat, the points raised are less than insightful, and the whole thing caps off with an obvious sight gag.

Kumari - The Living Goddess (Prina Raj Joshi, Nepal, 8 min)
Part of the Kaleidoscope Shorts Program, this short documentary attempts to capture the chaos of the Kumari Jatra - a festival dedicated to a young girl considered to be the living embodiment of the Virgin Goddess. Joshi's film is marred by sloppy editing, shoddy camerawork, and a frenetic pace that does little to give the viewer a better sense of the traditions that inform the festival.

With contributions from Chandra Menard (CM). imagineNATIVE runs from October 20th to the 24th, and tickets can be purchased online, by phone or in person.