When TIFF officially kicks off tomorrow, I won't be ready. For the fiftieth time in the past few weeks, I'm on the festival website, in a last ditch attempt to schedule that perfect balance of indie and high profile films. I'll want some foreign stuff, art house picks, a few docs, and comedies to lighten the mood in between, preferably from all corners of the world.

True, it will be impossible to do it all. So what's on during TIFF 2010 that can't be missed?

The all Canuck kick-off
As if to make up for breaking with tradition by programming a non-Canadian film in the opening slot last year (that would be the heavily panned snore-fest, Creation), TIFF 2010 launches on September 9th with a double dose of Canadiana: Michael McGowan's Score: A Hockey Musical and Fubar 2, kicking off the popular Midnight Madness program. I am delighted that TIFF is highlighting films made in Canada, by Canadians, and let's face it, probably made mostly for Canadians, to the international media and film industry.

Cupcakes and ice cream at the TIFF Bell Lightbox
Mid-festival, doors will open at the shiny new TIFF Lightbox. The big reveal takes place on September 12th at a "bloc party" from 11 am to 4 pm, with a formal ribbon cutting ceremony at noon. The lineup includes a bunch of music, cupcakes and ice cream, a movie star lookalike contest and, inside the space, access to stuff like The Essential Cinema exhibition, screenings of an anniversary commissioned film called TIFF@35, and 8Â˝ Screens, a new work from Atom Egoyan remixing a projection room sequence in Fellini's 8Â˝. Best of all, it's free!

Future Projections and late night partying
Still waiting for that invite to Norman Jewison's annual CFC barbecue? The Drake runs TIFF parties you can actually get into, every night of the fest until 4 o'clock in the wee hours of morning. TIFF's Future Projections program is running Man With a Movie Camera: The Global Remake at the hotel from dusk to dawn, where people from around the world have contributed to a re-interpretation of Dziga Vertov's 1929 classic Man With a Movie Camera. 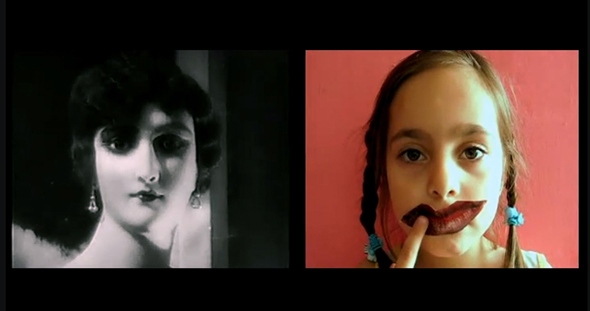 Sleeping with Movie Stars
A bunch of mega-celebrities are about to descend upon Toronto. While stalking isn't good for anyone, it would make a good dinner party story if one could manage to bag one of Colin Firth, Clive Owen, Natalie Portman, Edward Norton, Carey Mulligan, Catherine Keener, Mickey Rourke, Ryan Gosling, Jon Hamm, Javier Bardem, James Franco, or Vincent Cassel. Alternatively, it might be easier to catch a glimpse of famous people on the dozens of red carpet events happening during the fest, and celebrities are likely to be spotted at the Rooftop Lounge at the Park Hyatt, the Intercontinental Hotel Yorkville and The Fairmont Royal York, where we've received celebrity swag room invitations.

A head start on the Oscar pool
People start speculating about Academy Awards right around mid-September. Coincidence? No way. TIFF has been a launching pad and buzz generator for many Oscar contenders. It's likely that some of the bigger titles like Darren Aronofsky's ballet thriller Black Swan, Danny Boyle's follow up to Slumdog Millionaire, 127 Hours, Julian Schnabel's Miral, or Oscar fave Clint Eastwood's Hereafter, will make the list. Will this be a good year for Woody Allen, Mike Leigh, or John Cameron Mitchell? Toronto audiences could discover a few unexpected gems too.

The TIFF Bell Lightbox Movie Theatres
Be one of the first to see films in Toronto's newest mega movieplex, before the floors get sticky. With tall comfy seats and heavy sound insulation, I'm guessing it's going to be a pretty sweet viewing experience. The festival is running a TIFF for Free program throughout the fest to showcase both a) the new diggs and, b) films that have been significant in TIFF's history. Not into lining up? Get a ticket to see one of the many festival films playing here, starting with Bruce McDonald's latest, Trigger.

Jonathan Demme for Haiti
The award-winning director shares his personal personal collection of Haitian and Jamaican art at the Gladstone from September 7th to 16th. Demme is set to host a screening and discussion of his documentary, The Agronomist, on September 12th at 2pm, with all proceeds from the $20 admission to benefit relief in Haiti.

Bedbug-free viewing
The TIFF 2010 Bedbug Scare appears to be over. After a tweet led to reports all over the internet, Cineplex brought in pest control agents to investigate an alleged bedbug infestation at the Scotiabank Theatre. The theatre chain claims that the space has been deemed bug free! The Scotiabank Theatre will host TIFF festival screenings as planned and life as we know it will go on.

Stills from Fubar 2 and Man with a Movie Camera: The Global Remake courtesy of TIFF.