Can you imagine a Toronto without posters advertising, "What I learned from LSD" and "Darkside of Oz"?

Well, it may soon become a reality.

Reg Hartt's Cineforum, which has been running at several venues since 1968, is being shut down for good. Run primarily out of Hartt's home, the Cineforum has been a place for Torontonians to watch private screenings of films and participate in discussions for $10 a day.

It was shut down for the first time back in the 1990s.

"The first time the Cineforum was shut down I sat here drinking beer, watching television, thinking about finding a venue where I could continue my programs and reflecting on how boring everything was going to be," Hartt said in an email to Mayor Miller. Luckily, it was resurrected with the help of Hartt's friend Jane Jacobs (see the bottom of the post for a fan latter from Jacobs to Hartt).

But of course, that wasn't the end. In the spring, Hartt received a notice of violation from the city's Licensing and Standards division for operating a theatre out of his home. According to NOW Magazine, it was likely that someone issued a complaint. "The city doesn't go rooting out people who are violating zoning," said Licensing and Standards chair Howard Moscoe.

Then, this past Friday, another individual came from Municipal Licensing and Standards and informed Hartt that a letter had been sent to his landlord threatening legal action unless the program was shut down. So it will be shut down.

"The Cineforum is dead. It is going to stay dead," Hartt wrote.

"There is someone who wanted it killed. They succeeded. They used the city has their knife but it was their hand that used it. I don't really care whose hand held the knife."

At the end of a long letter to Mayor David Miller, Harrt concludes with the following:

"What were you banned for?" I will be asked.

"For welcoming strangers into my house," I will reply. 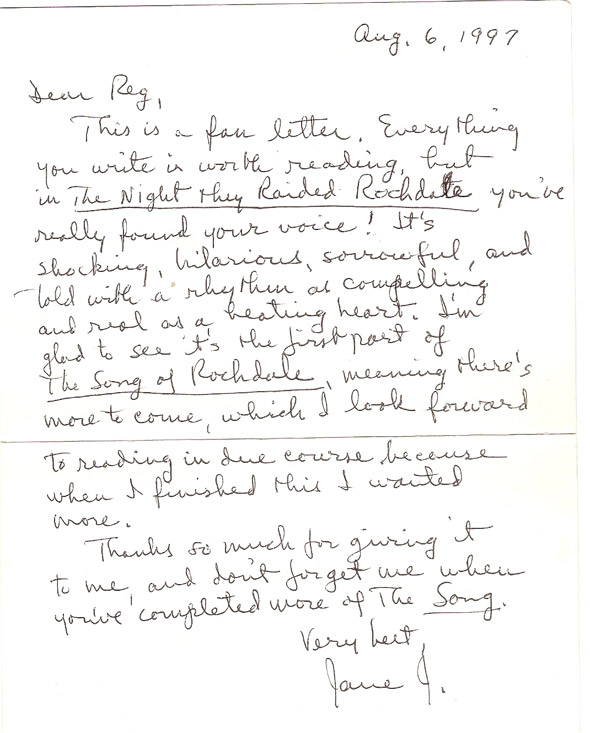