Looks like it's finally happening. The TIFF Cinematheque moves into its new diggs at the TIFF Bell Lightbox with a September 12, 2010 launch date. And while the new five-screen movieplex sounds pretty exciting, TIFF has programmed a smoking-hot lineup this summer to exit its run at the AGO's Jackman Hall.

This month, catch TIFF's retrospective on Catherine Breillat, the French filmmaker and author known for her sometimes graphic and always edgy depictions of female sexuality. Catherine Breillat's Anatomies of Desire kicks off this Thursday, July 22nd with her latest film, a retelling of the grisly Bluebeard folktale.

Not too surprisingly, Breillat gets a lot of press, where she is often described as "feminist auteur" and "art house pornographer." The word "provocative" comes up in just about every article written about her work.

While I could easily make the case that some of Breillat's films are unwatchable (Anatomy of Hell, Une vraie jeune fille), I keep seeking them out. I like the torrid hook-ups, the invasively shot sex scenes, and the WTF feeling I have at the end of each and every one of her stories.

Breillat's more recent work is by far the most accessible (and enjoyable). Period costumes and castles are stunning backdrops for her continued exploration of women's fantasies and sexual politics. The Last Mistress (Une vielle maîtresse, Aug. 9) is definitely a highlight in the series, starring Asia Argento as a brash courtesan who is the subject of whole lot of gossip in aristocratic circles. Bluebeard (Barbe bleue, July 22, July 29), mentioned above, is the centerpiece and the Toronto premiere of the film. 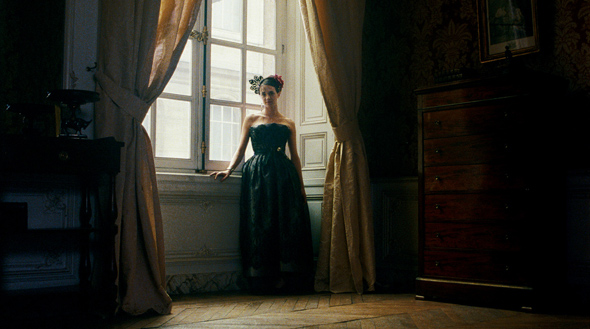 Fat Girl (À ma soeur!, July 23) was originally banned by the Ontario Film Review Board in 2001 (the Board didn't like the teenage sex scenes). It's about a couple of sisters on a summer holiday. One is pretty, the other is plain. The pretty one meets a handsome Italian and (spoiler alert!) loses her virginity in a long, uncomfortable, and explicit sex scene. Oh, and it stars Toronto actress Arsinée Khanjian. See it here on a double-bill with Sex is Comedy (July 23), made two years later about a director, her cast and crew, on-set relationships, and just how difficult it is to shoot long, uncomfortable, and explicit sex scenes.

Screenings continue through to the end of August at Jackman Hall with an homage to Eric Rohmer. Rohmer's six "moral tales" will run starting on July 29th, as well as a three-and-a-half minute video by Jean-Luc Godard made for a recent tribute at the Cinémathèque française (on before L'amour l'apres-midi, Aug. 10).

And did I mention a closing night guest appearance on August 26th by artist-turned-director Julian Schnabel (The Diving Bell and the Butterfly, Before Night Falls)? I've got my ticket.