Inside the new (and improved) Carlton Cinema

When Cineplex Odeon announced it was shutting down Carlton Cinema last November, Toronto cinephiles lamented the loss of a unique theatre that had a reputation for bringing audiences first-run films that couldn't be found at the local megaplex.

But like any movie hero worth his salt, just when you thought the Carlton couldn't possibly have survived it has emerged from disaster unscathed and ready to steal our hearts yet again. After a brief period in limbo the Carlton is reopening under new management this weekend, and to celebrate its return is giving something back to its loyal viewers with two days of free films today and tomorrow. 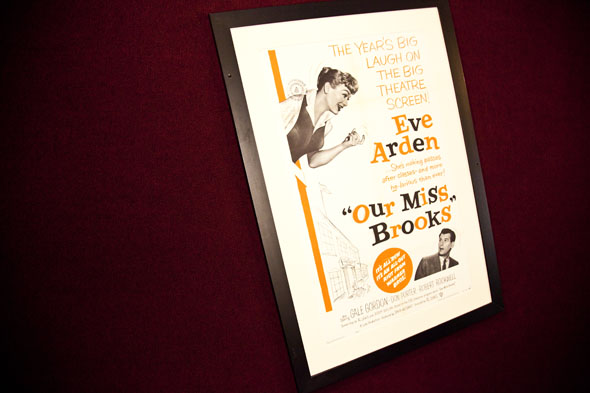 The savior in this feel-good story is Magic Lantern Theatres, an affiliate of Rainbow Cinemas who already own the Market Square, Promenade Mall, and Woodbine theatres in Toronto. While Cineplex felt the Carlton didn't meet its standards of state of the art movie experience due to its lack of stadium seating and massive screens, Magic Lantern is content to let the films themselves attract customers. 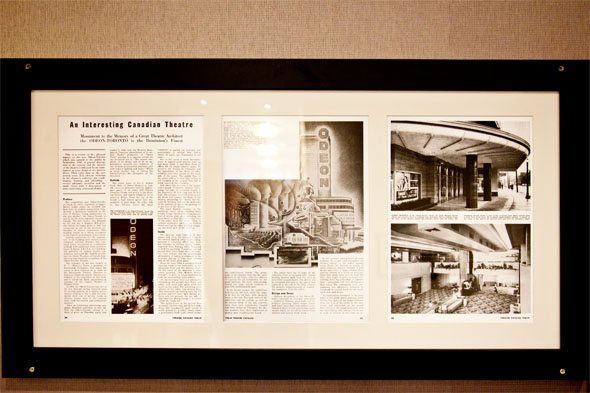 Regular visitors to the Carlton will find that the defining traits of the theatre remain intact. The exterior is nondescript, dwarfed beneath the dreary apartments and office buildings east of Yonge Street. The lobby is still small by modern standards, and the screens only slightly bigger than the latest flatscreen TV available at Best Buy. 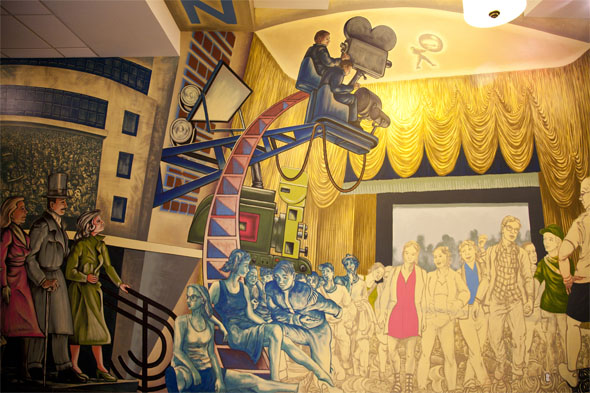 But the major draw of the Carlton, its hand-picked selection of hard to find first-run films, will also be largely unchanged. "The films will be what everybody expects," said general manager Chris Ciavaglia, who's run the theatre since its Cineplex days. "It's gonna be independent, foreign, documentary. It's going to be film festivals too. We're going to mix in some Hollywood stuff as well." 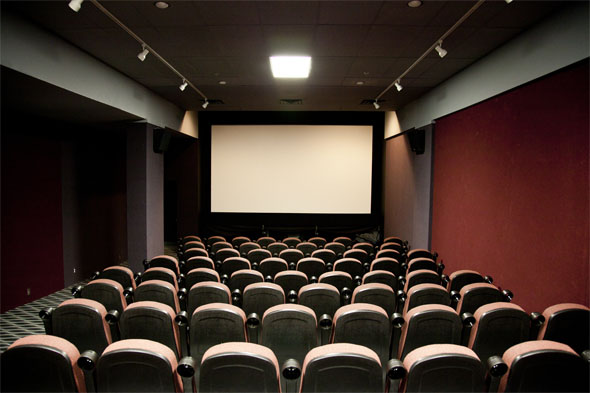 Much-needed improvements to the theatre's hardware have also been made. Under the management of Cineplex, five of the theatres were operating with mono rather than stereo audio systems, a vastly outdated sound set-up. "The projectors are new and upgraded, the sound's new and upgraded," said Ciavaglia. "But the first thing people will notice is the seats." Each chair is now 2 inches wider and comes equipped with a retractable armrest to create so-called "love seats", allowing movie-goers to make the most of the Carlton's intimate setting. The rows are also wider, giving patrons more leg room. 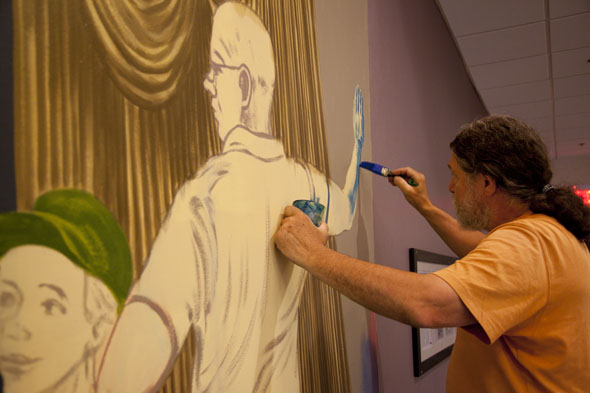 July 1 will mark the 29th anniversary of the first opening of the Carlton, which took its name from a larger movie house at the corner of Yonge and Carlton that was built in 1948 and demolished in 1973. The heritage of the theatre is not lost on Ciavaglia. "We're celebrating the history of it all," he said, pointing to the classic movie posters on the walls and the large mural which dominates the lobby. Created by local artist Fred Harrison, the mural depicts the original Carlton in its glory days and is a tribute to a similar painting that decorated the old theatre.

Aside from two days of free movies, Ciavaglia has lined up some special events to mark the reopening. On Friday the director of protest music documentary Sounds Like a Revolution will be in attendance at a screening of the film for a question and answer session. Today Atom Egoyan, who last year tried to save the Carlton from closing, will answer questions after the 6:20 pm free screening of his 2009 movie Chloe.

When it begins regular programming on Friday the Carlton will join Yorkville's Cumberland theatre, which itself has been the centre of closure rumours, as one of the few multi-theatre art-house cinemas left in the city.

Carlton Cinema's presents two days of free movies today and tomorrow, including the Blind Side, Departures, Julie and Julia, the Class, the Cove, Crazy Heart, Up in the Air, Fantastic Mr. Fox, Away from Her, and How to Train Your Dragon. For a complete schedule click here. Regular ticket prices are $9, with $7 matinees and $5 on Tuesdays. 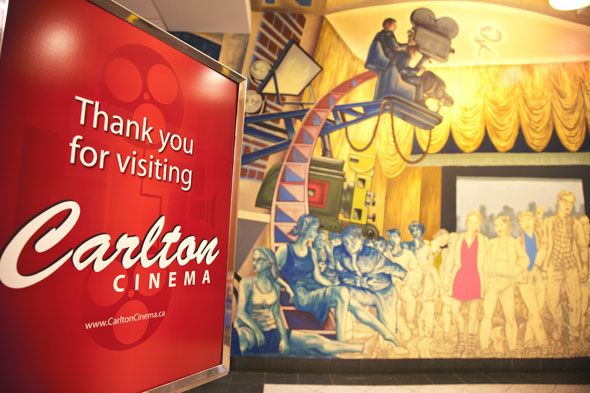