One Night Only: Troll 2 at The Bloor

A lot of movies can boast about being the "worst film of all time", but trust me, Troll 2 really is that bad. The movie that inspired Hot Docs hit Best Worst Movie screens in Toronto on Tuesday, May 12th at the Bloor Cinema.

The plot is simple. An all-American family takes a house-swapping holiday in Nilbog (which happens to be 'goblin' spelled backwards, get it?). There, they encounter vegetarian creatures in shabby costumes that want to eat them, but must turn them into plants first. The vacation is a disaster.

Michael Paul Stephenson, who played the lead in the 1989 film as a child, tracked down his former castmates and made a documentary about the reunion. His Best Worst Movie is like a 90-minute teaser for Troll 2 - with 'where are they now?' updates on the cast and crew, mixed in with clips that showcase the goofy dialogue, terrible acting, and absurd plot.The most incredible thing is that there are no trolls in Troll 2.

I was at one of the Hot Docs screenings of Best Worst Movie this past weekend, where Stephenson explained that he became aware of Troll 2's cult following when strangers on MySpace started asking if he was the kid in the movie. Then he noticed invitations to screenings being circulated.

If you saw the documentary, then here's your chance to see what all the panning is about. Troll 2 has been described as an "internationally revered cinematic failure" with a "hypnotically inept story" and "one of the most unintentionally brilliant accomplishments in cinema."

I asked Adam Lopez, Festival Director of the Toronto After Dark Film Festival, why the film works. "Most bad films suck so bad, you wish you'd never watched them" he notes. "But TROLL 2 is a real gem in the garbage dump of bad cinema. It's a so-incredibly-bad, it's freaking amazing to watch, cinematic experience. Most importantly, from ridiculous makeup and costume design to over the top hammy dialogue it's wildly entertaining! Check it out, it'll change your life!"

But sadly for Stephenson and his crew, the laugh-a-minute movie no longer occupies a spot on IMDB's bottom 100. 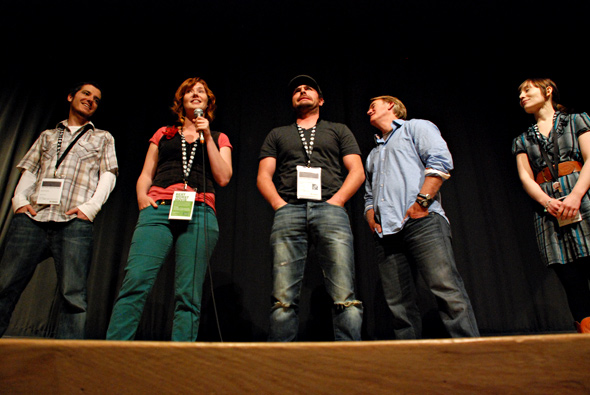