The Toronto Jewish Film Festival kicks off its 17th edition this coming weekend with a full slate of comedy, dance, docs, and more.

I've spent the past week glued to my sofa, absorbed in some of the great stories from this year's lineup - each reflecting the diversity of Jewish themes and identity. From the best to the rest, here is a look at what's on at the 2009 TJFF.

Bart Got a Room
In Bart Got a Room, Danny Stein ditches his long-time best friend Camille (Alia Shawkat, Maeby from Arrested Development) to take a cheerleader to the prom. Of course, this backfires, and Danny has two months to plan what his family expects to be the best night of his life. William H. Macy plays his sweet but raunchy dad - and has the best hairdo on film since Javier Bardem in No Country for Old Men (see still photo above).

What Makes Sammy Run?
This festival closer is a 1959 teleplay adaptation of Budd Schulberg's novel What Makes Sammy Run? After a few episodes, I was hooked on the characters, the love triangle, and the rise of the ruthless Sammy Glick in Hollywood. Probably the 1950s equivalent of an HBO drama.

Gruber's Journey
For the first 15 minutes of Gruber's Journey, a journalist is complaining about his allergies. Upon his arrival in occupied Romania, he searches for Josef Gruber, a highly recommended Jewish allergy specialist. Based on a true story, the film follows the writer as he uncovers some disturbing evidence of what might have happened to Gruber.

Heart & Soul: The Life and Music of Frank Loesser
Unless you are a huge Frank Loesser fan, you can probably skip this three-year-old PBS documentary. The Guys and Dolls composer/lyricist's life is chronicled through standard interviews with friends, associates, and family, film clips and archival footage.

Camera Obscura
In this period Argentinian romance, a plain woman is devoted to housework and raising children, until a charming surrealist photographer visits the family farm.

The Toronto Jewish Film Festival runs from April 18th to 26th at various theatres. For schedule and tickets, visit the TJFF website. Stills from Bart Got a Room (above) and American Swing (below). 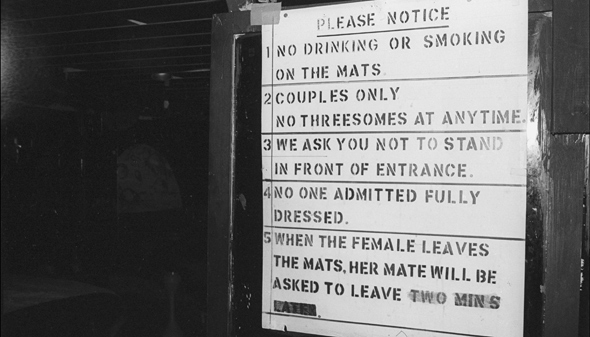