Film critics the world over (myself included) have fallen head over heels for Romanian cinema. After hearing about the 2nd Annual Toronto-Romanian Film Festival, running from February 13th to the 15th, I pursued romaniancinemaNOW organizers for a preview of their contemporary film selection.

Romania has produced an exceptional number of acclaimed features in recent years. The love affair started at Cannes with Cristi Puiu's The Death of Mr. Lazarescu (in 2005), but this was just the beginning. Major awards and worldwide recognition went to Corneliu Porumboiu's 12:08 East of Bucharest the following year, and to Cristian Mungiu's 4 Months, 3 Weeks and 2 Days (in 2007), to name a few. The spurt of successful films - that also have stylistic and narrative similarities (long takes, shaky camera, a story that takes place over the course of one day or evening) - is being referred to as a Romanian New Wave.

I asked Andrei Tanasescu, President of ToRo Arts Group (and romaniancinemaNOW organizer), for his thoughts about the hype and the new crop of movies being presented at the festival this weekend.

Are you seeing any evidence of the Romanian New Wave "movement" in this year's films?

If speaking about the topos that has been defined around the New Wave (handheld, voyeuristic style, miserabilist sociological 'slice-of-life' narratives, I would say that this year's films (as well as the ones within our program) show that Romanian cinema, since its Lazarescu/Mungiu days has matured, evolved. Stylistically, they remain similar - ease of production, more naturalistic/instinctive... however, their approach to constructing a narrative within this style has broadened and developed a lot more.

What is more significant, I think, is that this past year has been a sabbatical year for the big Romanian directors (Puiu, Porumboiu, Mungiu, Mitulescu). Our program is made up almost exclusively of NEW directors that are coming out of the woodwork from within an already pigeonholed film industry, to offer an even fresher take on the themes established by their recent predecessors.

Can you tell me a little bit about the theme and how it influenced your selection of films?

We chose the theme of romaniancinemaNOW, primarily because Romanian film, in the past, as well as in the present, has won a tremendous number of awards, not with feature films, or by the established directors, but rather with short films and documentaries, made by directors that are slowly building their emergence upon the 'national and international' scene. Selections and awards from Locarno, Cottbus, Cannes, Thessaloniki show that behind the international image of the New Wave directors, lies a solid foundation of young and talented directors that are fortifying film forms and genres for the national cinema (Indies, Docs, short fiction films, etc.)

The festival is organized by ToRo Arts Group - how did the group originate and why/how did you initiate romaniancinemaNOW?

We founded in May 2007, primarily to offer Toronto a legitimate source of contemporary Romanian art and culture. Our primary focus has been film, since it is one of the easiest art forms to showcase (esp. in a cinephilic city like Toronto), as well as being Romania's calling-card as of late. All of the people involved in ToRo are students, or recently-graduated students, that come from various backgrounds (Romanian, Georgian, Canadian, Russian, etc.). As such, we have tried to steer away from binding our events to Romanian-only programs. The film festival, however, remains, for it has been established as such (Toronto-Romanian) and we have future plans to develop an extension of it that will reel in more Eastern-European cinemas.

I am in agreement with Andrei that Hooked is one of the "best bets" for the festival. Adrian Sitaru directs this provocative situation in which a bickering couple ends up picnicking with Ana, a prostitute they ran over (yes, ran over with a car) on their drive to the country. We never learn anything about the girl, except that she can manipulate and stir up conflict. As tensions worsen for the couple, it seems like the relationship might not survive an afternoon with Ana.

Radu Muntean's Boogie is also a compelling slice of life drama - although it took me a while to develop an interest in the central character. The story follows Boogie on a bender with high school friends he just ran into on the street. As the night passes, Boogie is undecidedly torn between his responsibilities at home and this party with his old friends.

In the shorts programme, I recommend Thursday, about an after-work "hook-up", and Life's Hard, about a hold-up that takes an unlikely turn. As for documentaries, I am looking forward to the screening of Cold Waves on Saturday, February 14th at 9pm, with director Alexandru Solomon in attendance for a Q&A.

romaniancinemaNOW runs from February 13th to 15th, 2009 at the Innis Town Hall and Bloor Cinema. Stills from Hooked and Cold Waves courtesy of ToRo Arts Group. 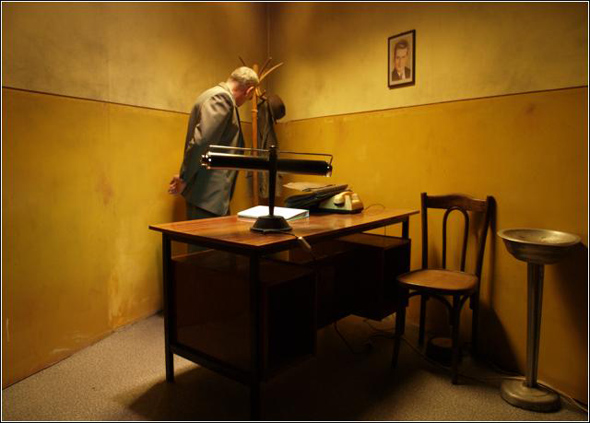