Behind the Doc: Hubert Davis

For two years I worked as a photographer for Toronto's Hot Docs festival. Along with my responsibilities running from theatre to theatre to get snaps of filmmakers before and after their films, I had many opportunities to sit back and enjoy the films. As much as I thought I had a decent knowledge and appreciation for documentary films, it was through that experience of watching dozens of documentaries on the widest variety of subjects that I learned to truly treasure them.

As I began this new series that explores five Toronto documentary filmmakers, I knew there was going to be a lot of talented directors to choose from. It made sense though to begin with one of the city's brightest young filmmakers, Hubert Davis. His very first film, Hardwood, was nominated for an Academy Award in 2005 and an Emmy in 2006. His next film, Aruba, helped him win the Don Haig award in 2007, given at Hot Docs to an "emerging filmmaker whose work has bridged the documentary and fiction filmmaking worlds." I caught up with Hubert at Imprint Music to talk about documentary filmmaking, the concept of control in making a documentary and his new film Invisible City, which will be finished in the coming months.

How many hats do you wear while making a documentary? What part do you enjoy the most? What part is most challenging?

For me there is something really exciting about the initial idea and how to best execute it. What is the style of the film going to be, and what references can I find that will set the tone for the film?

Having worked as an editor - there is a real familiarity once the footage is loaded in and I begin cutting. There is a certain comfort factor in knowing it's just you and the material. For me there is nothing more satisfying than having taken hours of footage, that in the beginning you at times have no idea what to do with, and making a coherent scene that helps to tell the story.

I find the most challenging part of making a film is getting the financing into place; finding the right partners to make the film with. The actual production can be really difficult as well. In particular, the last film I've been working on Invisible City has been shooting over a 4 year period. It becomes very hard to keep your energy and focus with long breaks in between shooting. 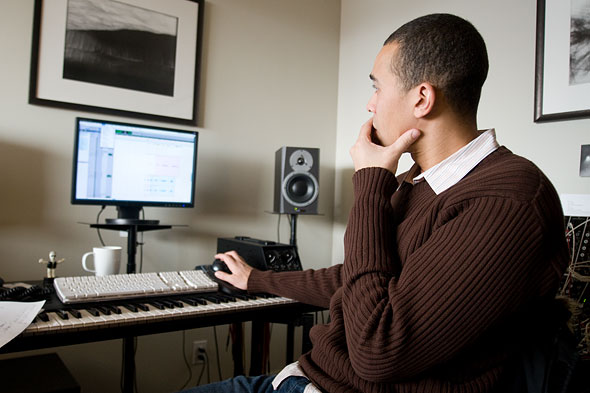 Describe what it was like to have your first film, Hardwood, take you all the way to the red carpet at the Academy Awards. Has this success come with extra pressure in making your new documentary, Invisible City?

The success of my first film, Hardwood was really an unimaginable experience. The film could not have been more personal, and I remember having my first screening and thinking "uh, oh...maybe I shouldn't have gone quite so far", but in the end I think that's what people really responded to. The Oscar nomination carries as much pressure as you let it. My goal is to continue to make films that I care deeply about and to grow and become a better filmmaker from each experience.

What is Invisible City about?

Invisible City is the story of two childhood friends. Their story is set against the backdrop of a community in transition; the Regent Park Housing Projects are about to be torn down and redeveloped. The story follows the fortunes of Mikey, 15, and Kendell, 15, for a crucial three years, as they're on the verge of becoming men.

The film weaves together the different perspectives of the boys, of the teacher who comes back to the community to be a male role model to fatherless boys, and of their mothers who, despite their difficulties, remain a constant in their lives.

It is about perception and reality of growing up in an inner city housing project; where issues of race and crime, of success and failure, of family and manhood affect outcomes.

When making a documentary, do you first come up with an idea and go out in search of subjects to tell the story, or do you find subjects that you think would make an interesting documentary?

So far, I have had two very different experiences. With my first film, Hardwood, I knew the story I wanted to tell and a documentary seemed to be the best genre for me to tell that story. With Invisible City, I wanted to make a film that dealt with issues of race and the city - but I wasn't sure what story I wanted to tell - I was fortunate enough to meet Ainsworth Morgan, a teacher from Regent Park and learn more about him and kids he knows and I really felt like something was there.

Let's talk about the concept of control when making a documentary. How much do you really have? What is it like to not know the outcome of a film before you even start it and knowing that the story goes on even when you've finished the film?

The concept of control in documentary is a very elusive thing. As a director I want control over as much as possible but you quickly realize you are only able to control a very small amount while you are shooting. So, it really becomes more about focus than control. Everyone has an opinion on what your film should be about and there are a hundred different ways to tell a story, so as a director I need to make a decision on what aspects to concentrate on.

I find there is no real end. I could still be shooting Invisible City right now, but the framework I had decided on was to shoot until the end of the guys' grade 12 year. That felt like it was an end of their childhood in a way - they were 18 and considered adults.

How well do you get to know your subjects before you start filming? Do the presence of cameras effect the dynamics with a subject? Who is with you when you are out shooting (how many cameras... etc)?

For Invisible City, it was a fairly quick turnaround before we started filming because their stories were unfolding and we needed to capture them. That being said there are always moments when you are just hanging out talking without the cameras and it is in those moments when I think you learn more about the people you are following and they learn more about you.

Generally when I am shooting, it is myself, the Director of Photography (one camera only) and a sound person to try to keep things as intimate as possible. 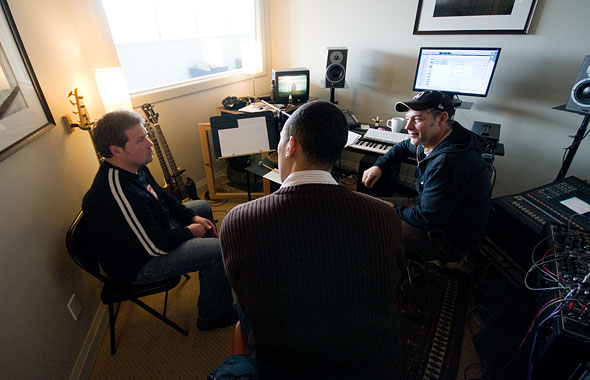 You worked as an editor and assistant editor for a number of years before making your first film. How does a technical background aid in becoming a filmmaker and do you think it's essential?

Coming from post-production has been such an asset to me as a director because it really gives me something to fall back on. When I'm out there I can't help but to try to edit in my head and try to piece together what I think will work in the film. Starting out as an assistant editor was also a great experience - to just sit back and watch other directors' work, their styles, to see what I responded to about their work, what worked, and just as important - what didn't work.

I don't think it's essential to have a technical background, but I do think as a director you need a certain amount of exposure to others' work to find your own point of view and voice.

What are some of your favorite documentary filmmakers or films?

One of the first documentaries I remember having a real impact on me was Errol Morris' A Thin Blue Line. I saw it at university - I was really struck by his use of music, visual style and very candid and intimate interviews. That was probably 13 years ago but I'm still inspired by the way his film feels crafted and its strong narrative feel. 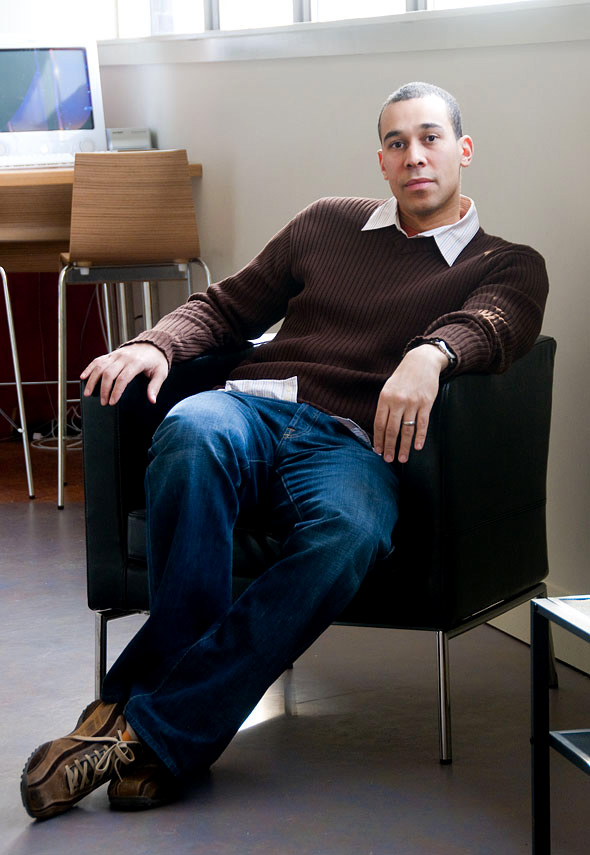 Behind the Doc is a series of five blogTO interviews with Toronto documentary filmmakers. Future posts in the series will include Min Sook Lee and Alan Zweig.