Music videos will never be the same as they were in the 90's. Opulent sets, armies of extras...that era is over, about as dead as the compact disc.

Lower budgets have brought at least one advantage to the medium; more artistic freedom. Young directors like Sara St. Onge have been remaking the music video industry in their own image, cutting back the corporate slop of the gay 90's and substituting cleverness for cash.

Sara was born in Orillia, about an hour and half north of Toronto. She didn't stay for long though; her family moved to Winnipeg when she was six, Tsawwassen B.C. when she was nine and Seattle at eleven.

"I stayed in Seattle for about twelve years, through my teens and early adulthood. Seattle was an exciting place for music; I was heavily involved in the indie rock culture. My contemporaries were the Modest Mouse guys; I didn't really follow what MTV was doing at the time. I vaguely remember seeing one video with Paula Abdul and Keanu Reeves in Seattle but that's about it."

After moving to Rhode Island for a degree in photography Sara began to tire of her adopted super power. Bush got reelected in 2004, and unlike a number of high profile American celebrities she made good on her promise to move North. She started out at the Vancouver film school but the city or the program didn't do it for her. That's when she came back to Ontario.

"Vancouver is beautiful but it wasn't the right vibe. I didn't want to go kayaking every weekend. I think the reason I stayed here is it's a great place to live. There's a lot of people trying to do cool stuff; a lot of energy that I didn't find in Vancouver or Seattle for that matter."

Sara hit the ground running; after deciding that music videos is where she wanted to take her career she made a pitch to Owen Pallett of Final Fantasy.

"I told Owen that I would do all the grant work; all I'd need was his signature. And then we got the grant, I don't think either of us thought we would get it, but with his name on it low and behold we did."

Since then she's continued to direct sharp, unique videos for Canadian artists like Gentleman Reg and Word Burglar. Once considered a trashy promotional device for record companies, new music videos have gained a lot of respect in the arts community. Sara's work has played in a number of film festivals across the country.

Maybe part of the renaissance is that the labels aren't too involved. Many of them just don't have the cash to put up anymore, even for marquee acts like Final Fantasy. Government grant applications have become the new way of getting them rolling.

"I think that the music industry is tanking so it makes sense that they're cutting back on videos. Music in general is suffering and no one wants to spend the money anymore. When I got here I was hanging out with people in bands, I loved music and I wanted to make films so it seemed like a natural fit for me." 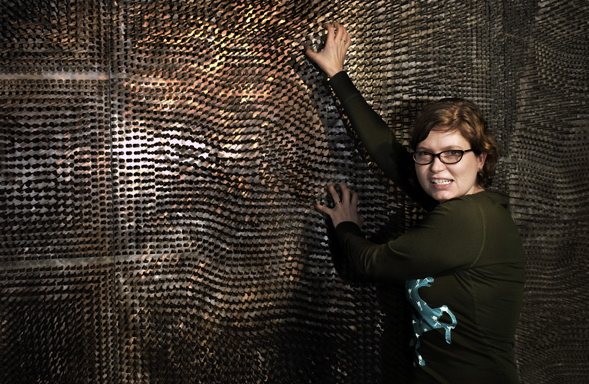