This weekend, the 8 Fest returns for its second annual spotlight on 8mm, Super 8 and 9.5mm film. With a program that showcases the 70-plus year history of small-gauge cinema, as well as recent Canadian & international films, the 8 Fest provides a forum for filmmakers committed to preserving the nostalgic look of analog film.

Chris Kennedy, 8 Fest Coordinator and co-programmer, was kind enough to fill me on what small-gauge film is and who is still using it today.

For those of us who don't know anything about making films, can you tell us about 8mm, Super 8 and 9.5mm formats?

In each case, you had a wide range of cameras, and could get good quality images, especially if you were a committed amateur (like Harold Norris who we're featuring in the Home Made Movies screening) or had an interest in pursuing it as an art form, which a lot of people still do, especially with Super 8. They tend to like the intimacy of it, the quality of the image (characterized by a grainier, punchier image), the need to think economically about your time (you only have 3 minutes of film per cartridge) and the ability to take it everywhere and do some exciting things.

How difficult is it to work in these formats today?

Kodak still manufactures Super 8, even introducing negative films in the last five years to facilitate music video makers. There are three labs that process Super 8 in the city and stock can be acquired at West Camera (or LIFT, when its back up and running). All you need is to pick up a Super 8 camera at a yard sale or thrift store for 5 bucks, buy a fresh set of batteries and away you go. Even Regular 8 is still possible, although you have to go farther afield.
And there's a good selection of festivals that show the work, although we're one of the few places that only show the work on its original film format.

The festival is presenting selections from an international call for recent Super 8 films. What sort of response did you get from the open call?

We only had the call for submissions out for about two and a half months and we got over 50 submissions - from Canada, the US, quite a few films from Japan (which we might do a focus on next year) and some films from Europe and Mexico. We've only just tapped into the possibilities of this medium. Even if everyone stopped shooting (which they're not going - I just got a DVD of 13 films from one French filmmaker last week), there's plenty of excellent Regular and Super 8 films out there waiting to be shown. One of our filmmakers this year, Alex Rogalski, runs the One Take Super 8 event--a traveling film challenge that has shown 400 brand new films in the last 5 or so years.

Highlights of the festival include the World Premiere of Jonathan Culp's Red Shift on Friday, January 30th. The collage piece was commissioned for this year's event and will be presented with live accompaniment from local band Picastro. The film's title, Culp tells me, "refers to the faded color of many of the more than three dozen prints that I excerpted for this project - everything from old monster movies to an extended lesson on making a cheese sandwich."

The 8 Fest will also host a Home Movie Repair Clinic on Saturday, January 31st. And, if you have ever wanted to learn how to shoot a movie, there is a free (!!!) Introduction to 8mm Filmmaking workshop on Sunday afternoon (preregistration required).

Stills from 4 Kilos de Recuerdos and The Irradiator courtesy of the 8 Fest. 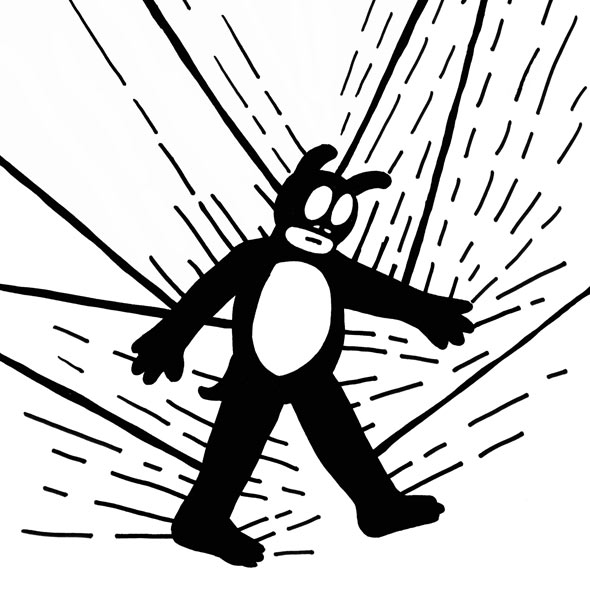