It's hard to believe that there's never been a non-documentary film with 'Toronto' in the title. But this was one of the motivating forces driving directors David Weaver and Aaron Woodley to create Toronto Stories, which premiered at this year's TIFF and opens this Friday, December 12th at The Royal Cinema.

Speaking with these relatively new directors (both of TIFF fame, David Weaver for Century Hotel and Siblings, Aaron Woodley for Rhinocerous Eyes and upcoming Tennessee,) I was amazed to learn that affiliating a film with Toronto has something of a reputation for disaster. "We were told, if you put Toronto in the title, no one will want to see it. We decided... let's prove them wrong."

Living in Toronto, I find it difficult to understand how setting a story in this city could be detrimental to a film. In fact, it seems like the diversity of people, places and surroundings would make this a practical filming location. Nevertheless, Toronto Stories is viewed as a bold venture. 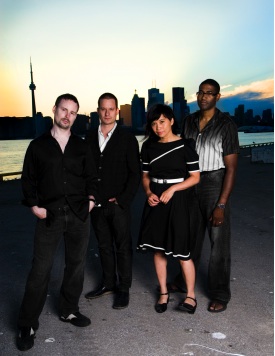 As Woodley explained, the film image our city has is really an 80s vision of Toronto. Interestingly, he's referring to the film image created by directors like his uncle David Cronenberg, well known for establishing a Canadian presence in film but not necessarily for showcasing Canada in movies. "The old directors present an interior vision of the city," agreed Weaver, "while Toronto Stories is meant to get out and explore the spaces we pass through in our daily lives."

The movie features four distinct filmmakers "on the tipping point", including Sook Yin Lee and Sudz Sutherland, in addition to Weaver and Woodley who conceptualized the film together. Shot entirely on 35mm film, the movie offers a visually stunning narrative of downtown's most well known spaces; the resulting vision is a powerfully familiar yet unpredictable Toronto.

This is furthered by the four distinct parts to the film; each features a different cinematic genre and is shot in a different corner of Toronto, all linked through the experiences of a small boy who is new to the city. Sook Yin Lee presents The Brazilian, a modern comedy set in Kensington, while Sudz Sutherland's Windows is a fast paced look at our city's issues with crime... sort of.

However the opening and closing shorts, Shoelaces and Lost Boys are by far the most compelling of the stories, speaking most clearly to the original concept for the film. 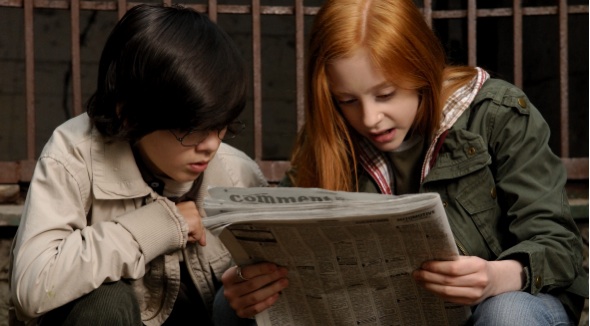 Shoelaces, written and directed by Aaron Woodley, is an homage to the quiet Cabbagetown neighbourhood in which he grew up. Riverdale Park in the full glory of autumn is also heavily featured, making for a strange contrast to this rather dark fantasy/real life horror piece.

Inspired by an article he read as a child, Woodley created a story where two children set out in search of the 'Cabbagetown Monster', a creature of fantasy, but instead come to face profound experiences in reality. He also told me one of the more jarring incidents, a close encounter with a suicide, was a true story from his own childhood experiences. The result is a very compelling demonstration of how the illusion of order can be easily disrupted, in both beautiful and horrific ways. 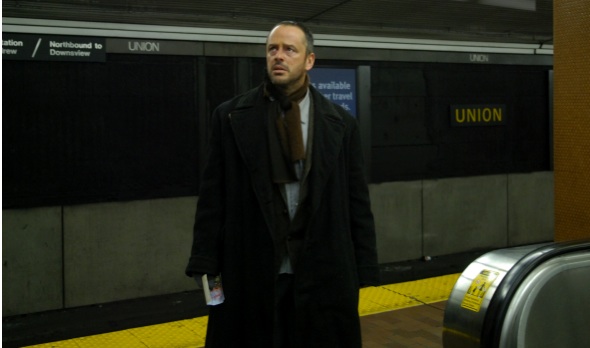 The final story, David Weaver's Lost Boys, shares a similar glimpse into the chaos teeming beneath the city's overlying order. This Calvino-esque tale completes the four stories, finally bringing the young boy who's been wandering the city to Union Station. The grandeur of this public space and the dark relentless alleyways connecting the city become the setting for the story of Henry, a homeless man who tries to help the lost young boy.

In a very understated look at the marginalization of the homeless, Weaver's Lost Boys examines how the perception of Henry's mental illness has a profound impact on the young boy, the uniting element behind the four stories in the film. Here Henry, who has the knowledge to save the young boy from harm, must struggle to alert authorities who simply view him as a vagrant who is mentally unfit.

Inspired by actual events and several real homeless men in Toronto, Weaver wanted to highlight how Toronto's homeless population is unique to almost any other. "I read not long ago, that the population is overwhelmingly Caucasian men. This is because there is a lot of opportunity for the people who come here, and our homeless population ends up where they are due to mental illness and addiction."

These unique and definitive forces which shape Toronto's population, growth and identity were clearly the focus of Weaver's attention in the making of this film. Although Toronto Stories is quite entertaining, I have a much deeper appreciation for the method behind the film having spoken to Weaver and Woodley; this beautifully shot film is ultimately a labour of love, and couldn't have happened without the cooperation of many Toronto interests.

"We're challenging the notion of inferiority in Toronto. It's a Canadian thing, and so galvanized in Toronto. The purpose of this film is to say, there's nothing wrong with doing a film about Toronto. We just wanted to do it proud and do it right."

Toronto Stories opens for one week starting December 12th at The Royal Cinema, and will feature a Q&A from both directors David Weaver and Aaron Woodley at Friday's opening night.