Toronto's 2008 ReelAsian International Film Festival is almost here, kicking off on November 12th and running until the 16th. One of Toronto's most entertaining and longest-running small film fests, the ReelAsian program features films from 14 different countries and some of the most talented directors in the World.

With over 50 film premiers and entries from Hong Kong, Japan, Korea, Taiwan, Thailand, Malaysia, Singapore/Cambodia, the Philippines, Vietnam, USA, and Canada's own Paul Wong, I had to narrow down a few of the best picks at this year's fest. Banzai! 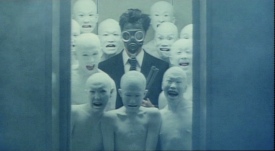 Monday
Director Sabu (Hiroyuki Tanaka) is known for meaningful but extreme delineation in his stories, and has two incredible films at this year's festival. Monday begins when a man wakes from a night of drinking, only to slowly recall the events of the previous evening. An exploding corpse, a fancy dinner, a Yakuza encounter and a violent robbery all play into a massive psychological break that is surprisingly funny and touching.

The Blessing Bell
Another offering from director Sabu (Hiroyuki Tanaka), this simplistic story of a labourer's life reflections has a very deep Zen undertone. Lead actor Susumu Terajima may be familiar from Takeshi Miike films. Sabu has also drawn influence from Miike, creating a violent story with an underlying beauty and uplifting spirit. 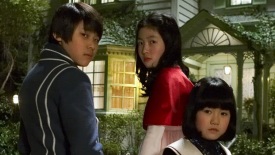 Hansel and Gretel
Since I love fantasy, horror and psychological suspense films, Hansel and Gretel easily grabbed my attention. However, this grownup look at the darker side of many fairy tales is nothing like a re-telling; but rather a remarkably creative combination of eastern and western children's stories. Creepy and magical, Hansel and Gretel is also beautifully shot, constructed so as to blur the boundary between real and imaginary. This surreal South Korean suspense flick will be a sure standout at this year's festival.

Ordinary Shadows, Chinese Shade
From Canadian director Paul Wong, this sincere and intimate film looks at the challenges faced by Asian immigrants to Canada, and the changes occurring in modern China. "Wong presents a complex portrait of the People's Republic of China in the midst of rapid cultural transformation. Demystifying the exotic images of "Chineseness" seen in the first scene, Wong records daily occurrences in old rural communities and modern urban cities." Having been to China myself, I highly recommend this for anyone who feels mystified and would seek to understand Chinese culture. 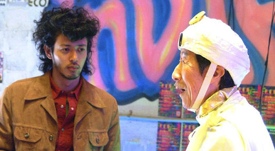 Adrift in Tokyo
Director Satoshi Miki is well loved for his comedies, including his latest road trip movie Adrift in Tokyo. Just as the title suggests, the characters are set adrift, wandering through the urban landscape of Japan's capitol city. The film offers both a charming story and a visual feast, as the characters encounter different people and places throughout Tokyo. Promising to reveal the hilarity and general craziness of this Asian metropolis, I'm excited to see what Miki's comedy has in store.

While larger festivals may steal most of the spotlight, the 2008 ReelAsian program rivals any of their offerings, bringing truly unique and skillful cinema to the Toronto screen. With so many highly-acclaimed Asian filmmakers in town for the week, I can't wait to check out the short film programs and special events - especially the RAMeN music night at the Rivoli.

I'll be sure to review my favourites in full detail but I should finally mention, the 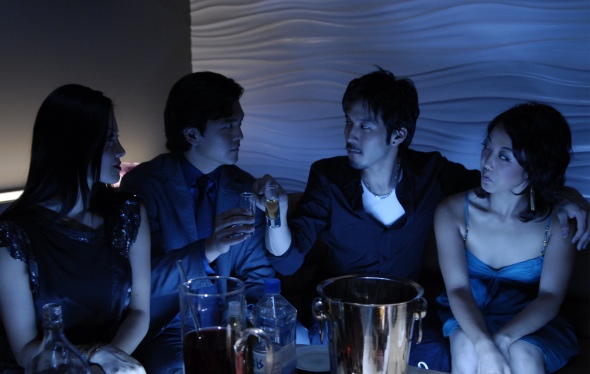