In celebration (and proliferation) of the 'green shift', I'm excited see the Planet in Focus Film Festival return October 22nd-October 26th for an incredible ninth year. Through artfully documented cinema, Planet in Focus will open your eyes to some of the most critical environmental issues in Canada and abroad, and once again, blogTO is proud to be a media sponor.

If you've never experienced the festival first hand, here's your chance. I have a pair of complimentary tickets to the opening night gala Blue Gold: World Water Wars and the Opening Reception to pass on to a blogTO reader.

Here are a few of the very best picks from this year's lineup. 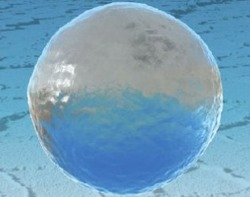 Blue Gold: World Water Wars
Kicking off the festival, this aptly chosen documentary by Sam Bozzo examines the water (not the oil) crisis as a source of future global conflict.

Stemming from the book Blue Gold: The Fight to Stop the Corporate Theft of the World's Water (Maude Barlow and Tony Clarke), the film looks to send a powerful message of anti-commodification, and preservation of natural resources.

Blue Gold will launch Planet in Focus on October 22nd at Royal Cinema, and if you enter our contest below, you might just win a pair of tickets.

A Massacre Foretold
This feature tells the story of Las Abejas (The Bees), and the massacre of 45 members of the pacifist group in Acteal Mexico. Combining archival footage, interviews with survivors, Zapatistas, Mexican government officials and eyewitnesses, this film will surely help bring awareness to an otherwise silenced tragedy. Plays October 24th at Innis Town Hall. 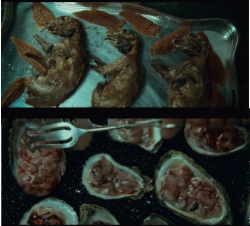 Canada Shorts Program
These 6 short films from Canadian directors offer an excellent sampling of some of the most currently relevant issues at home. In particular, Dennis Villeneuve's Next Floor, which won the Grand Prix Canal for Best Short Film at this year's Cannes, is a must-see. Villeneuve uses extravagant gourmet delicacies to show "the excesses of our ways and the primeval carnivore who lurks beneath our shallow veneer of civility."

See all these films on October 23rd at Innis Town Hall.

Umbrella
With the recent focus on Beijing during the Olympics, the Western world is becoming more aware of the dramatic differences in Eastern society. Having studied in China, I am very eager to see Du Haibin's metaphorical documentary, which uses the manufacturing and consumption of a simple product - an umbrella - to examine class structure and struggle in China. Umbrella promises "true cinematic storytelling, honest characters and camera work that makes itself as transparent as can be," playing October 24th at Royal Cinema.

Eternal Mash (Eeuwige Moes)
"Master Dutch horticulturist Ruurd Walrecht, sorted, protected and preserved the seeds of rare vegetables on the brink of extinction. One day, he stopped, packed his collection and disappeared somewhere in Sweden, along with his knowledge of these endangered plant species. He has never been heard from again." This Dutch offering sounds contrived, like a Hollywood plot, but this true story looks at the lament over the loss of both the environmentalist and his work. Plays October 25th at the ROM.

Scarred Lands and Wounded Lives: The Environmental Impact of War
In what is sadly an eternally relevant topic, war is examined as an assault on the environment, "the silent victim". Starting with the use of Agent Orange and leading right up to critically relevant issues in today's global conflicts, I expect this film will have people rethinking the cost of war; playing October 25th at Innis Town Hall.

Atlantis Approaching
This well-titled documentary explores the small island 'world' in the Heart of Polynesia, and their struggle in the face of both the rising sea level and impending modernization. Two short films also play alongside this documentary, looking at equally rare phenomena. Crabs on the Road and Enjoy Your Meal (Disfrute Su Comida) both focus on Colombia's unique relationship with the ocean. All three films play October 26th at Innis 222.

Mama Coca: The Sacred Leaf
This Canadian film takes a unique journey from Quebec and the abuse of cocaine among natives, to Peru and the farming of the coca leaf. The director essentially asks whether this is a plant for healing or just the cause of rampant cocaine problems. What he finds is "the inherent difference between the two worlds of the coca leaf." Mama Coca plays October 26th at Innis Town Hall.

Digital Cemetaries
Everyone by now should realize the transience of our technology and the problem of disposal; but I don't know that much about the reality of this problem. This film shows how dangerously toxic this waste can be, and how developed countries are 'exporting' the waste, turning poor villages in to recycling plants. As one of the lesser known dangers of our technological progression, I'm glad to see this film focusing on the impact of our technological evolution. Playing October 26th at Innis Town Hall.

There are many other great films playing at Planet in Focus, as well as industry workshops and the Canadian Eco Hero Awards.

CONTEST ENTRY:
If you would like to enter for a chance to win a pair of tickets to Blue Gold: World Water Wars, and the Planet in Focus Opening Reception, here's how:

Post a comment below that briefly outlines one other film (NOT on my picks list) playing at this year's Planet in Focus, and why you think it's environmentally relevant.

I'll draw one winner from the first 5 entries. Deadline is Monday October 20th at 9am.Good luck!

Photos: Lead by gardinergirl, Agent Orange by Gersters, and others Planet in Focus.