The dreaded Wednesday of the Toronto International Film Festival is usually the day when festival-goers (such as myself) hit the proverbial 'wall' due to a disturbing lack of sleep, unhealthy food, over-reliance on caffeine and the like. This usually results in sleeping during or through screenings, getting impatient in line or foregoing films all together. I decided on the latter and took Wednesday off to collect my thoughts about some of the thirteen films I've seen so far.

While I've already written up two of the best and one of the worst films I've seen so far at the festival, there are still several I have yet to address. To simplify things, these films are organized from my most recommended to my least. 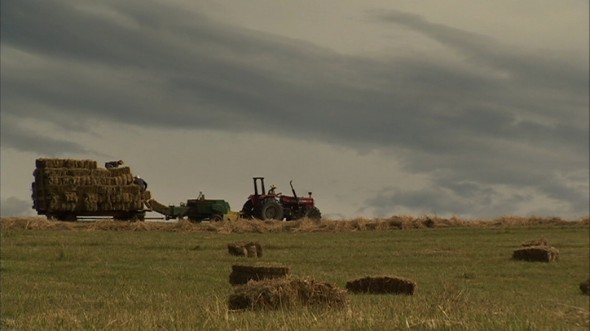 While I usually get my fill of documentaries during Hot Docs, the Reel to Reel program has really taken it up a notch with their programming this year, most notably with their selection of Food Inc. Working with literary food critics such as Michael Pollan and Eric Schlosser, director Robert Kenner spent the last several years attempting to facilitate a dialogue between food conglomerates and their consumers, regarding food safety standards and increasing corporate control of food.

While it would have been so easy for Kenner to simply rehash information from the novels of Schlosser and Pollan, he manages to find his own stories, usually tragic, of those who are suffering from the pinch on farmers or farming practices, or those who have suffered from lax food and safety standards. In the end, the film is really effective due to the lack of propaganda or stunts which have become common in political documentaries as of late, instead Kenner relies on skilled story-telling and persuasive editing techniques to inform and hopefully inflame consumers into taking action. 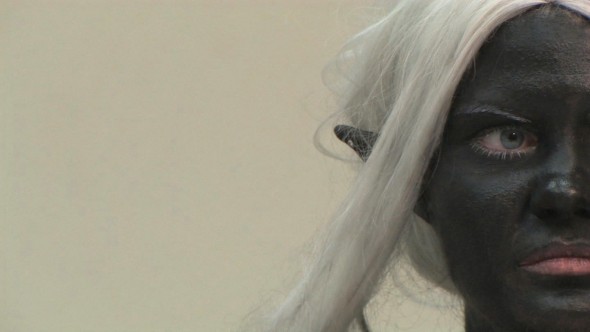 The charm about The Dungeon Masters is that it really isn't about the game, it's all about the players of the game. Similar in theme to recent docs such as Carny, The Dungeon Masters is more interested in the personal lives of the characters, and discovering what D&D fills in their lives and why, as opposed to a documentary about the playing of the game itself. McAlester follows three Dungeon Masters (the leaders/creators of the events that will happen in each game) about their daily lives, superficially focusing on what the game offers them, but really delving into their own personal histories, whether it be spousal abuse, abandonment, career failure, and their attempts at creativity, focusing on their hobbies and interests. The best way to describe their dedication is as Thom Powers mentions in his synopsis of the film, whether it's film festivals or D&D, we all need a little escapism sometimes.

To describe the narrative organization of Firaaq, just imagine the editing style of Stephen Mirrione (Traffic, Babel) but transcribed to India, following individuals affected by the religious clashes between Hindus and Muslims. Directed by prominent actress and first time director Nandita Das, the film flourishes. You can tell she understands working with actors, as each of her characters are carefully constructed and offer varying and sensitive perspectives, opinions and actions. The only thing I can hope for in the future is for her to embrace a little more subtlety because at several points the film overdoses on overly dramatic scoring when simply the visuals would have been effective enough.

While not exactly a new release at this years festival, the audience came out in full force to see the final cut of one of Kar-Wai's earliest cinematic works, and to add to the excitement, Wong Kar-Wai was able to attend the Toronto International Film Festival for the first time in thirteen years. The film is a ronin/mercenary film done Kar-Wai style, following the lives and loves of swordsmen, starring late actor Leslie Cheung, retired actress Brigitte Lin, Tony Leung Chiu Wai and more. New additions for the redux included a new score for the film and some reorganization of scenes, but the digital restoration itself is worth the price of admission. The film looks fantastic and will be an extra special treat for Kar-Wai fans unable to see the film in cinemas the first time around.

To begin with, Gigantic really isn't that big of a film. The central character is Brian (Paul Dano), a 28 year old mattress salesman awaiting approval to adopt a Chinese baby, when he meets the charming and flighty Happy (Zooey Deschanel) and his life becomes a little more unclear. Gigantic could have been your typical boy-meets-girl film of yesteryear, but Aselton, as noted in his Q and A session, really didn't want us knowing exactly what came next. While the film stars John Goodman and Ed Asner as parents of our main characters, they don't overwhelm and act as great supports for Dano and Deschanel whose characters have become one of my favourite accidental couples in recent movie memory.

The Paranoids is an interesting film from Argentina about Luciano, an awkward late twenty-something male who has a penchant for keeping his real emotions bottled up inside when it's about something that really matters, and for sweating the small stuff. When his best friends' girlfriend stays over at his place for a few days, those things begin to change. The first half of the film felt really disconnected and unfocused, around the 1 hour mark I was actually ready to leave, but the second half felt really charged and with purpose, thus I stayed. I have a sneaking suspicion that this disconnect between the first and second halves of the film was intentional, as a reflection of the changes in Luciano's life, but if not, the film may need some retooling in the first half.

I was very excited to see South Korean film Daytime Drinking when I first read about it in the programme book, but when the film turned out to be like watching a South Korean TV drama, I very quickly tuned out. The same shiny, glossy, bizarre style of film has worked in the past with extremely successful films coming out of South Korea such as My Sassy Girl, but the lead character Hyuk-jin in Daytime Drinking doesn't bring out any of that charm or comedy, as he is more of a whiny pushover than anything else.