Looking for some tips on what to catch at the Toronto International Film Festival this weekend, or just looking to be kept in the loop on some of the big film-related talking points in the city this week?

Special guest critic Matthew Price will be chiming in from time to time to give you the scoop on some of the films playing at TIFF. Today, a review of Achilles & the Tortoise, C'est pas moi, je le jure, and The Sky Crawlers. (Plus my own quick review of O'Horten.) 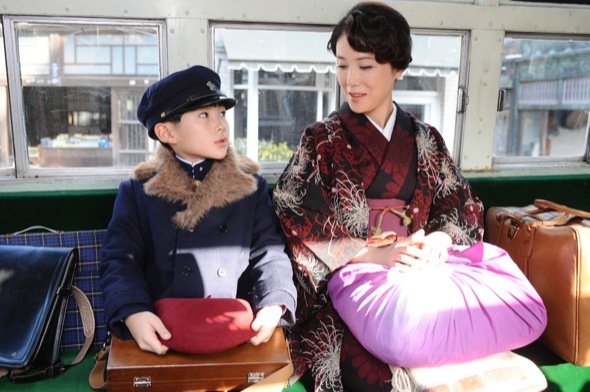 Achilles and the Tortoise

Beat Takeshi is a TIFF favourite, a Masters inclusion in almost every year that the program has been in play. He's as close as it comes to an automatic selection for me. After last year's stream of consciousness goof-off "Glory to the Filmmaker" I didn't know what to expect from another one of his self reflective tear downs of his cool, tough guy film persona. It never helps that festival programmers invariably schedule him for the opening day 9 am slot this guaranteeing that I'll be recovering from midnight madness ending less than 6 hours earlier.

So mermaid logo'ed coffee in hand I climbed into the back row of the theatre, having no way of knowing what to expect this time around. Achilles & the Tortoise, after an opening explanation of the operative metaphor, turns out to be a fairly straightforward and winning examination of the creative impulse and a hell of a character study to boot.

It's structured in distinct chapters, its protagonist a thinly veiled riff on Takeshi himself. Beginning in postwar Japan, Machisu is a little boy who only wants to do one thing, make art. His father is a wealthy art patron, the owner of a silk factory who encouraged Machisu to develop his talent. Machisu spends the rest of the movie trying to become a famous artist. It's as familiar as the narrative bio film can be, but I was completely engaged because Takeshi holds onto two distinct tricks to keep the audience going.

Every twenty minutes or so, Takeshi wants to jump the film forward in time and end the current chapter so we can see some more of Machisu's life. Usually this is accomplished by having someone commit suicide, or get hit by a car to provide closure on the current situation. Also, the movie makes it clear over and over again that even though Machisu is talented and dedicated he really isn't a great artist and be really isn't going to break through and become one. His attempts at artistic breakthrough are all warmly funny and inspiring in method, if not in result.

Takeshi himself eventually plays Machisu to great effect, and the film does feel like a beautiful if somewhat slack tour through his creative yearnings. Takeshi spent the first part of his career creating an impenetrable cool for himself, and he's spending the rest of his life tearing it down to show everyone how silly it was in the first place. -MP 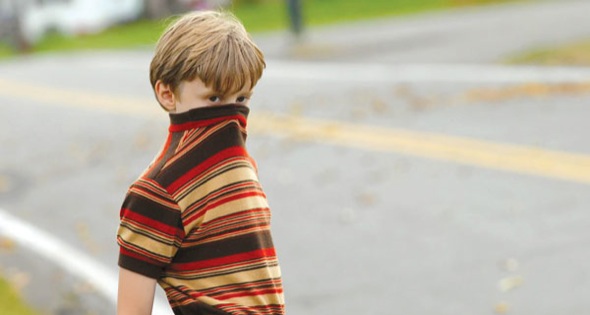 Patrick Falardeau makes the case for some continued life in Canadian cinema with this acutely realized '60s period piece. Set in rural Quebec, it's the story of ten year old Léon. His mother encourages him to develop himself in equal parts music and mayhem and his parents are splitting up because of it He's dealing with it like any normal ten year old would, breaking into neighbours houses and lighting his parents bed on fire.

Falardeau captures the unexpressable anger of children caught in dysfunction and divorce better than anyone since Noah Baumbach's The Squid and the Whale. In both cases, the break up only intensifies character already established. Léon is only happy when he's in trouble, and the trouble he decides on is never less than spectacular.

I love the truth and genuine quality of a film like this, earning its way and never cheapening out. In many ways a kind of suburban companion to Léolo, the quirk never overwhelms the story but instead layers itself in to amazing effect.

The supporting cast is uniform in their excellence, but this movie rises and falls on its young lead and in Antoine L'Écuyer Falardeau has found his answer. This is a guileless and brilliant performance worthy of an actor of any age, not a cute little-miss-sunshine-level traipse through the indie landscape. L'Écuyer merits serious consideration for a long career in film, and received a legitimate five minute standing O when the film was over. He carried the movie on his slender shoulders like a real movie star. Highly recommended. -MP 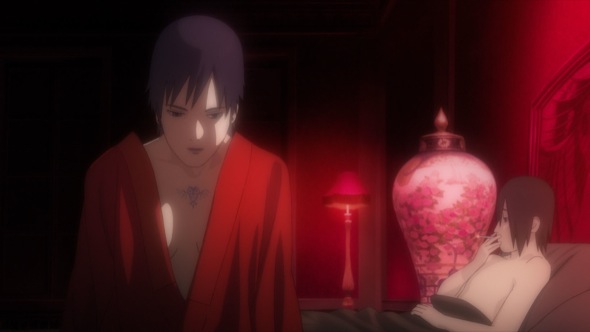 Early morning Animè sounds good in theory. Throw in a picture in the guidebook of a gorgeous plane in full on dogfight and a previous director's credit like "Ghost in the Shell" and I'm all over that thing.

Sure enough, we slam into an aerial multi plane fight as soon as the opening logos subside. Impeccable spatial logic, tremendous speed and grace, propulsive sound design and economy of edit made my brain salivate. This is a true step forward for the genre, and that's saying something because for as long as people have made action pics, they've made them about dogfights and aircraft.

Unfortunately, we have to come down to the ground at some point. It becomes frigteningly clear that the actual story, a kind of mish mosh of warmed over Ender's Game and some cloning b.s., can only sustain about twenty minutes of screen time. This is a two hour plus movie. That's a lot of pauses and infinitely long establishing shots to make that all work.

Japanese cinema values the reflective pause, and I am all for that, but it helps if there is actually something happening to reflect on first. Not even the aerial stuff can save it, because although it's all beautiful and amazing to look at, none of it makes any connection to what happens on the ground. -MP 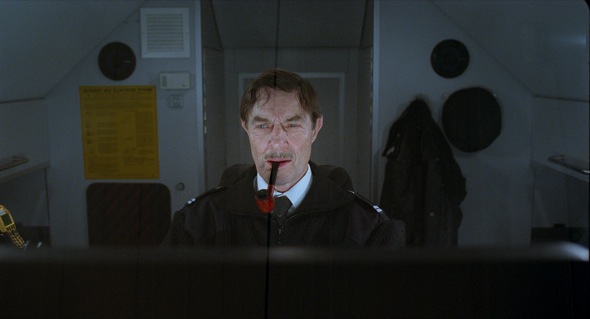 Gone are the days where one person worked the same job for the same company all their life. Odd Horten seems to be the last of a dying breed, as he is forced to retire from his job as a train engineer at the age of 67 after almost forty years on the job.

So what does an old man do after being forced to retire? Bent Hamer's expose of old age in O'Horten is melancholic but absolutely hilarious at the same time. The film is all about Odd Horten's decisions and adventures in a new world where he doesn't have to report to work every morning, and the consequences of those decisions are often remarkably funny.

Hamer, however, doesn't set out to make a comedy — O'Horten is full of levity, but also full of depth and poignancy as we are left to wonder what will happen when we are old but yet still full of life. A must-see at this year's festival.-SV