Looking for some tips on what to catch at the Toronto International Film Festival this weekend, or just looking to be kept in the loop on some of the big film-related talking points in the city this week?

Special guest critic Matthew Price will be chiming in from time to time to give you the scoop on some of the films playing at TIFF. Today, a review of $9.99 and Waltz with Bashir. (Plus my own quick review of Dioses.) 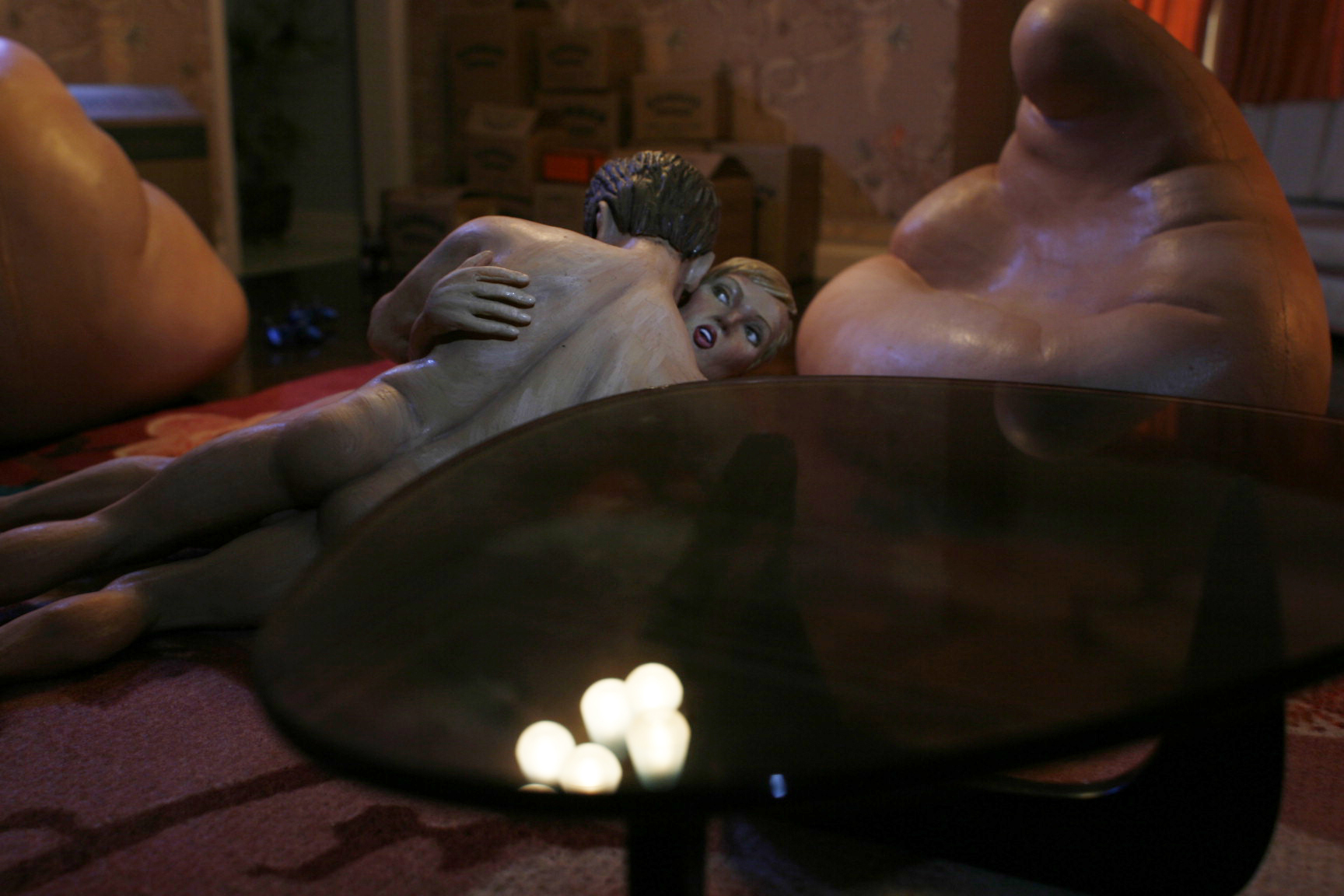 This was the first of two non-traditionally animated Israeli co-productions I saw tonight. God bless TIFF, because otherwise how on earth would that previous sentence get constructed.

9,99 is an amalgam film, taking the Altman Short Cuts approach to several original stories. The script is co-written (along with director Tatia Rosenthal) by Etgar Keret, the Tel Aviv author whose last adaptation to the screen was Wristcutters, a Love Story. For what I can only assume are co-financing reasons the cast is exclusively Australian and despite Keret's background the stories do seem somewhat relocated to the land down under.

There's the sad sack Willy Loman type and his disturbing encounter with extreme panhandling. His two sons each get stories of their own, including the titular tale of the mail order meaning of life. Throw in some tiny drunken Aussie surfer dudes, a super model with the best furniture fetish ever and an angel that says heaven looks like a tiki bar for good measure. They all live in the same apartment block to tie the whole shmozzle together in one nice package. The pomo twist is that the film has been animated by stop motion.

Beautifully, if weirdly animated too. Think less Henry Selick and more Davey and Goliath by way of Edvard Munch. In most cases this is a real enhancement to the story, allowing the absurdist and surreal to nicely coexist with the mundane. Stop motion puppet sexuality proves harder for the viewer to deal with on a purely surface level. "Were penises ever meant to be animated one frame at a time like that?" is not a question one should find oneself asking. Kind of takes you right out of the moment.

For the most part the film avoids the obvious traps that beset multi story narrative, with less of an episodic quality and more a sense of each story improving on and deepening the others. Performances and animation are matched well, and on balance this was as nice a way to kick off ten days of movie-going as could possibly be imagined. -MP 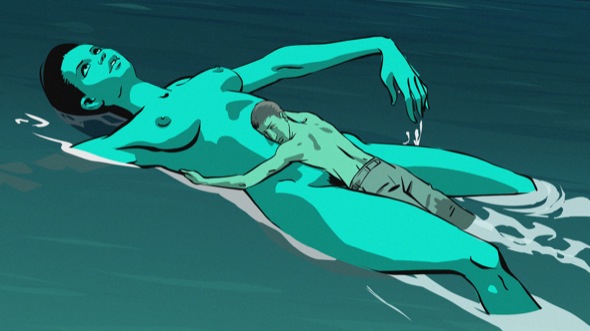 The other non traditionally animated Israeli co production (NTAICP?) on offer this year came out of Cannes being billed as the male version of Persepolis. And while it shares a part of the world and a world weariness earned through life lived in the political extreme, this is most definitely not Persepolis II: The Persepolisining.

What Waltz with Bashir is, on the other hand, is a remarkably agile examination of memory and traumatic memory block. It's structured as a series of interviews in which the filmmaker attempts to reconstruct exactly what he was up to during the war. He knows there was a massacre, and he's pretty sure he had a hand in it, so why can't be remember? What can he do to find proof of what he's done, he asks his friend the psychiatrist early on in the film.

It's at this stage that Bashir takes a bold step past just examining the horror of war and charges brilliantly into an examination of the horror of self. Thematically it pulls us along parallel tracks of findng the answer to the mystery and understanding what leads people to atrocity and chaotic evil.

The style of the storytelling, with it's monochromatic palette and music video aesthetic works fitfully, but may be necessary to help deliver the movie's knockout punch climax. At it's best it abstracts and magnifies the themes being discussed, but at times it winds up looking an awful lot like a cinema from Call of Duty: Beirut Takedown. On balance it works, but it almost needs to be less pretty and preplanned at times to really break through to the audience. -MP 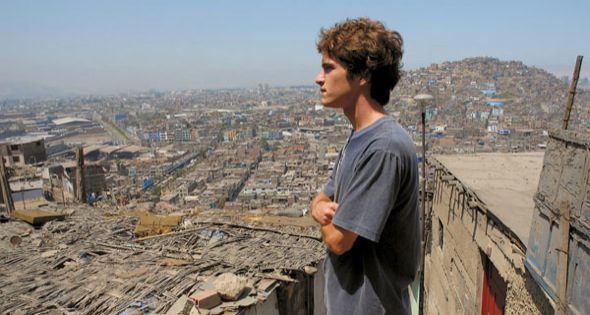 For a film that purports to be about the class differences in Peru and the problems of two-tiered societies, Josué Méndez' Dioses certainly makes high society living look good. Huge houses, great parties, hot cars, (extremely) beautiful women. Instead of making us sympathetic to the lower classes, however, the glitz and the glamor of the rich overwhelms us and makes us forget that the film is trying to make a statement.

Apart from the parties and the sulking spoiled daughters sleeping around, Méndez' film also lacks a real cohesive story to make it move forward. Nobody ever seems to worry about the consequences of their actions, which is not a problem since nobody ends up having to pay for their actions in the end after all.

The film is beautifully shot, but that only reinforces the glamour of the high society. The two divergent storylines — Diego and his sister, Elisa and her older husband — come together in a forced, unnatural finish to the film.

The gestalt effect is one of disappointment: we all know Méndez could have made a better film with the material he was working with, but all he ended up succeeding to do is to make pretty people look even prettier. -SV