Tonight is the last night to join the gawkers and photographers at the big multi-block film set for The Incredible Hulk. Filming is slated for 7am and goes all night. The set runs on Yonge Street from Dundas north to Gerrard.

The last 2 nights most of the action has been at the Gerrard end with little visible from Yonge. Tonight? You don't know until you show up. Visibility from the side streets has been basically non-existent, so I'd just skip them (unless you know a good spot to get onto a roof-top!).

Since most of the action is at Gerrard, that is also where you'll fine the photogoons. These crowd minders are outfitted with fully functioning umbrellas that they strategically deploy in-front of anything that looks like it might have some zoom capabilities. They can't tell you to stop, but they don't have to move. If this happens to you, no problem. Just leave the crowds at the barriers and walk a bit up Yonge Street. There isn't much traffic there, and you can just stand in the middle of the road and use your zoom to get the action. The blurry photo at the top was taken while dodging one of the more persistent ones.

And when you get home, upload them to the blogTO flickr pool and tag them blogTOIncredibleHulk.

Want to see some additional photos? 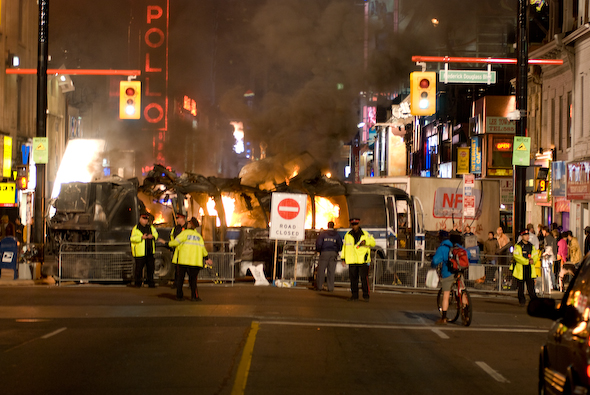 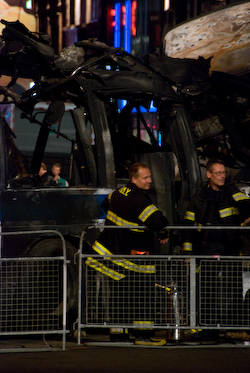 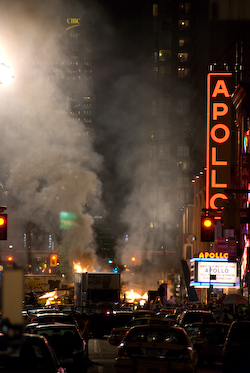