Trilogy of Trilogies at the Worldwide Short Film Festival

Sure, you may have seen some of these at TIFF throughout the last few years, but this was a chance to see them all, back to back, together in their full glory.

Saskatchewan Parts 1, 2 & 3 were light-hearted, endearing little gems. They were the autobiography of the director Brian Stockton, and the story of his roots, of where he grew up. His narration was straightforward and charming, throwing in humor by poking fun at his family members and at his native province, but without being overly disrespectful. At the same time, he threw in quirky little facts and tidbits, like Dick Assman being their most popular celebrity. Stockton loves his native province and shows great pride in it too. I've never known or cared much for the rectangular western part of Canada. If anything, I've learned more about Saskatchewan in the three films than I would have in a lifetime. 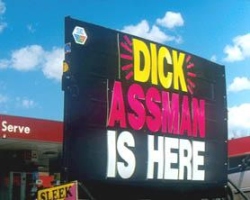 Benny Nemerofsky Ramsay's I am a Boyband, Live to Tell and Subtitled, were all choreographed pieces fueled by pop soundtracks. Each one was clearly experimental, such as the security cameras used in Live to Tell. Given the background of his previous works, they all seem like they can be put on display as art installations at the Power Plant.

The Patterns trilogy directed by Jamie Travis was a joy to watch, taking hints from the 60's French films a la Godard. Even lead actor Courtenay Webber had striking similarities to Anna Karina. But the similarities end there. Each piece looked as if Travis was experimenting with various genres and pushing their boundaries. If you want to know more, they were also shown at TIFF 2006. Our coverage after the jump.

The Worldwide Short Film Festival ends today with several screenings until 9:30PM including a repeat of the Opening Gala: Award Winners from Around the World.