Inside Out to Showcase the Best in Asian Cinema

As the world awaits Wong Kar Wai's My Blueberry Nights (which opens Cannes this week), the 17th annual Inside Out Film & Video Festival is celebrating with the retrospective screening of Happy Together. It's a chance to revisit that beloved, vintage Wong style in all its wild kaleidoscopic glory, before it got tamed down slightly in the follow-ups, In the Mood for Love and 2046.

Happy Together is one of the best films of the 90s, and certainly the most mature and linear of the Hong Kong auteur's pre-millennium works. It's hard to forget the haunting performances of Tony Leung and the late Leslie Cheung as two tortured lovers drifting in the tango bars of Argentina. Cheung's performance is arguably his greatest before his tragic suicide in 2003.

Hard to believe the film is already ten years old; regardless, it's always a good opportunity to see a Wong Kar-Wai movie in celluloid -- it's so much prettier that way. 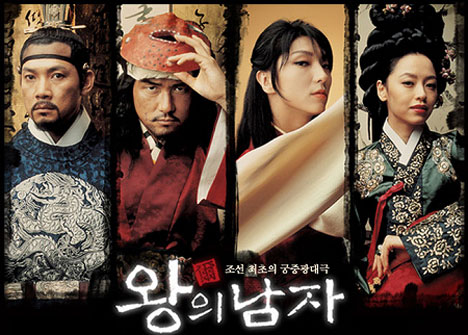 The King and the Clown is the second highest grossing film ever in South Korea (The Host has recently surpassed it). The period drama set during the Joseon Dynasty is about two street performers whose bawdy mocking of the tyrannical King lands the duo in jail. With their lives at stake, they make an appeal to perform for the King: if he laughs, they get to live. Fortunately, their performance manages to charm and delight, so much that they're appointed official court jesters. The King also becomes quite smitten with one of the minstrels, and not before long a messy little love triangle starts to form.

A sure crowd-pleaser (as it was during TIFF last year), The King and the Clown is the Centerpiece Gala of the festival. 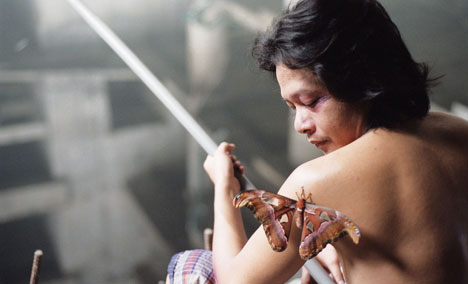 Tsai Ming-Liang is one of the most austere, challenging and uncompromising filmmakers in contemporary world cinema. Based in Taiwan, Tsai has a style that's unmistakable; a signature so distinct, it's a whole different cinematic grammar: static long-shots, stoic characters, minimalism, and existential absurdism. He's a personal favourite of mine.

I Don't Want To Sleep Alone is a quasi-sequel to his previous and brilliant The Wayward Cloud. Unfortunately, however, "Alone" is a minor disappointment. It's a dark and murky film; everything feels dank and blackened by shadows -- surely, we're not in Taiwan anymore; in fact it's all set in Tsai's birth place, Malaysia, where the air pollution is palpable. Nonetheless, despite the familiar tropes of his previous work (i.e. water, quietude, urine), its emotional depth here feels a bit shallow and unfocused. What's worse is that for most of the film, Lee Kang-Sheng (the oddly charismatic hero of every one of Tsai's films) is even more inert than ever... he's actually comatose.

In the latest adventure of Hsiao-Kang (Lee Kang-Sheng), we find the Truffaut fan and one time porn-star mysteriously stranded in Kuala Lumpur. After getting viciously beaten by a street gang, Kang is rescued by a local Malaysian man, who patiently nurses him back to health. Much of the film shows the two sweaty guys sleeping, bathing, and peeing together. As such, the plot is flattened and for the most part elided altogether; however, in spite of this elliptical structure, there's a memorable climax that culminates with the two men in a flooded building, sleeping on a floating mattress.

Even though Tsai's plodding pace is difficult to sit through at times, the endings to all his films (including this one) are always sublimely rewarding. Still, his work is an acquired taste, and newcomers, I suggest, should start with Vive L'Amour or his masterpiece What Times Is It There?

The Inside Out Film & Video Festival kicks off tomorrow (Thursday May 17). See here for complete film listing.