And So Goes the Revue

Early this morning around 3 AM the Revue's marquee collapsed, likely the result of pressure from the weight of the recent snowfall. This afternoon, owner Chris McQuillan, former Revue employees, members of the RFS, conspiracy theorists and other onlookers gathered outside the theatre on Roncesvalles to think about what was, what might have been and watch a demolition crew clean up the mess. 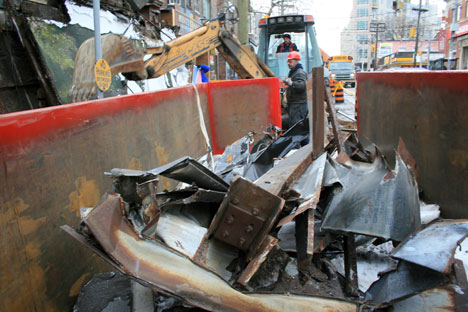 This latest twist in the ongoing saga of the Revue is as shocking as it is saddening. With the marquee goes one of the more memorable and iconic landmarks in the west end. The marquee could not be saved. The core was rotted (not to mention damaged) and was relegated to scraps that the demolition crew was tasked to dismantle and tow away. 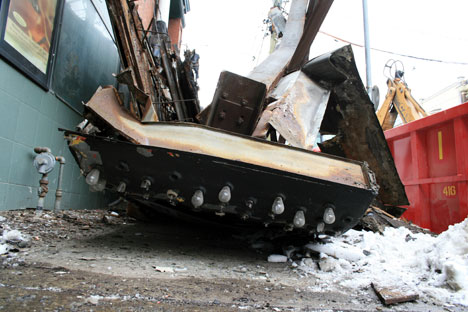 Among the rubble, the only salvagable parts were the signage which dated back to the 1930s. Since city bylaws have changed over the decades, a marquee like this cannot be built again and thus the Roncesvalles streetscape will be changed forever. What becomes of the signage or the theatre for that matter is now anybody's guess. 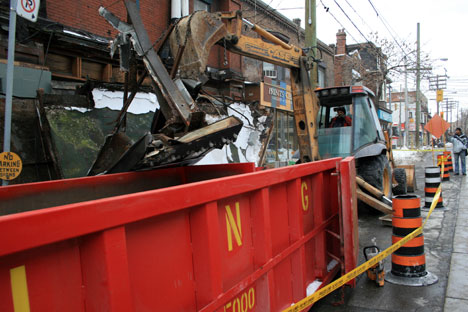 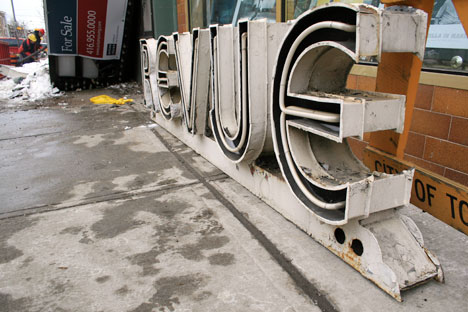 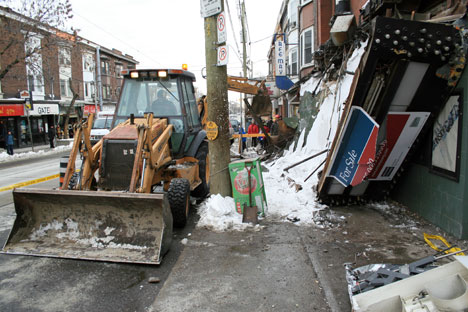 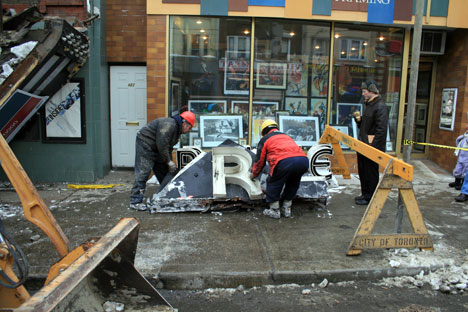 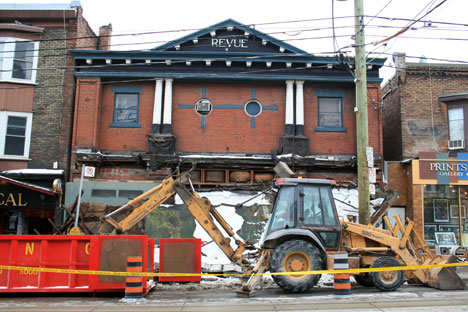