Toronto's denim master has been repairing jeans for a decade

Toronto is secretly home to a denim master that's been repairing jeans for 10 years, but you have know where to look to find him.

Toronto Denim Repair was founded by Penny Forde, who actually got the project started in part due to something he saw on blogTO after looking to learn a new skill. 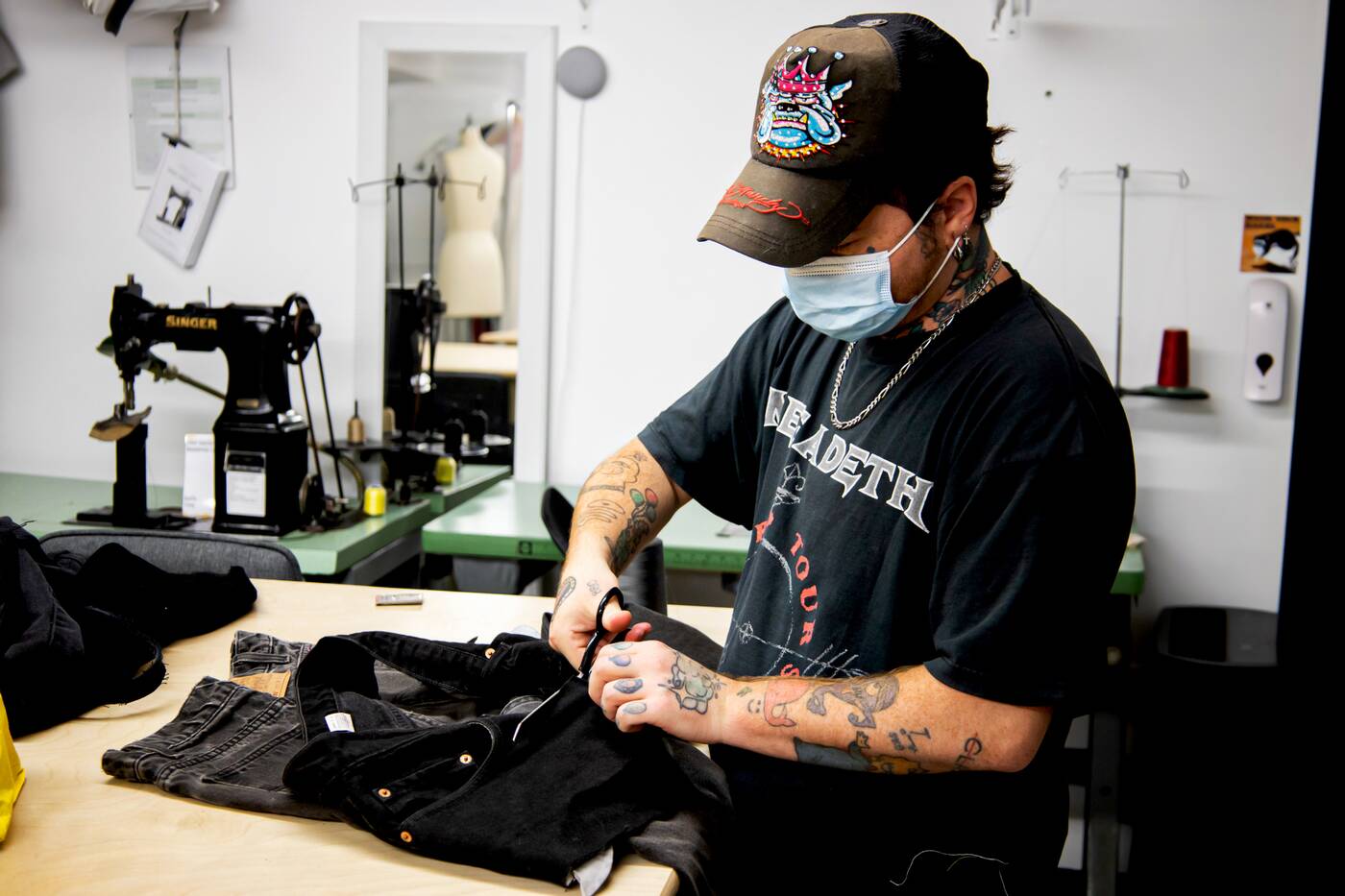 "Fast forward, I was looking for work and went back on blogTO and found Dutil and had noticed they offered repair and alteration services, so I emailed them and was hired on as the new repair person and sales associate and eventually shop manager." 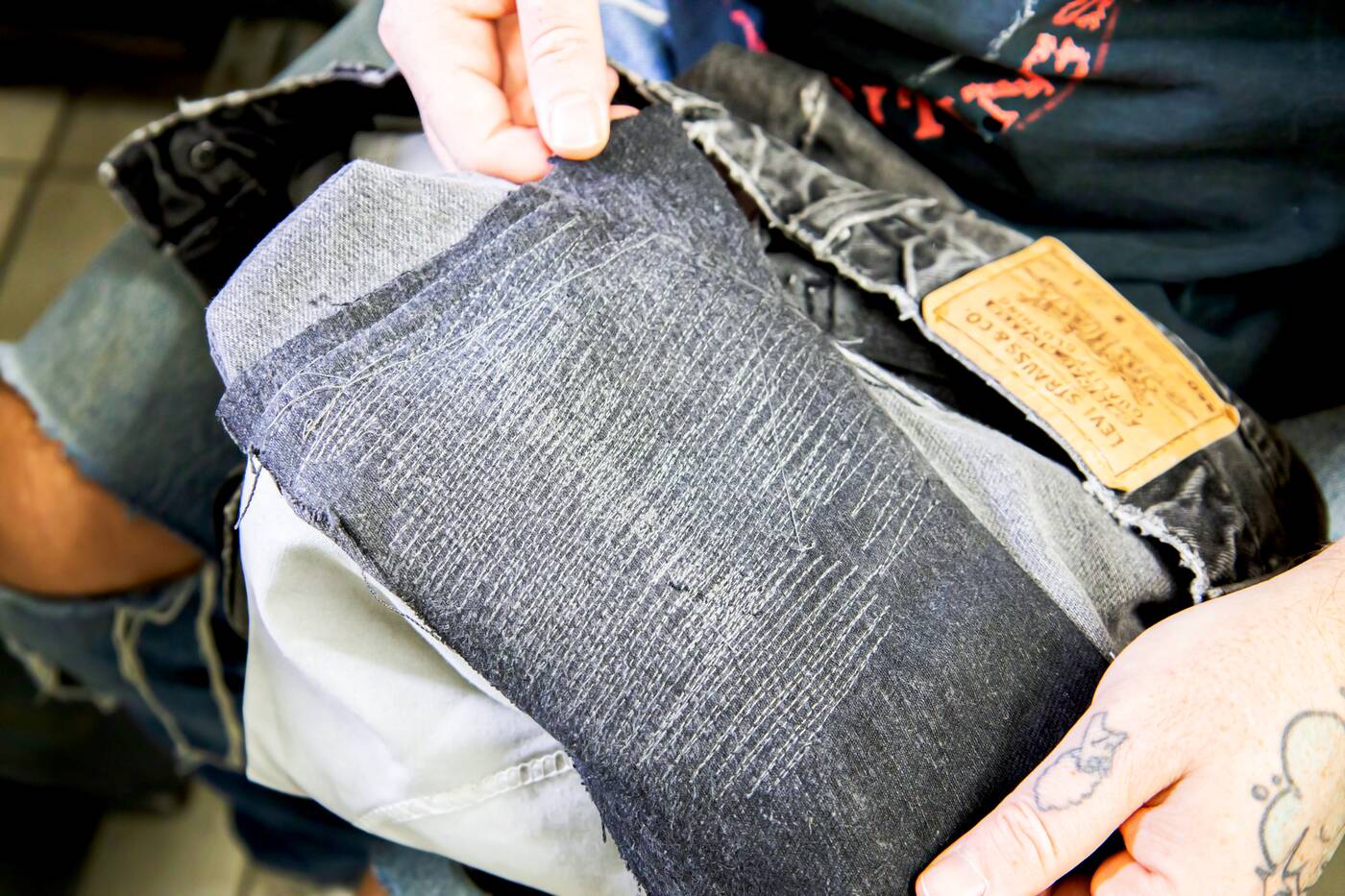 From there, Forde dove head first into a world of over 20 different brands in the Dutil rotation, the denim industry, different fits for the body, denim textiles and the repair process. 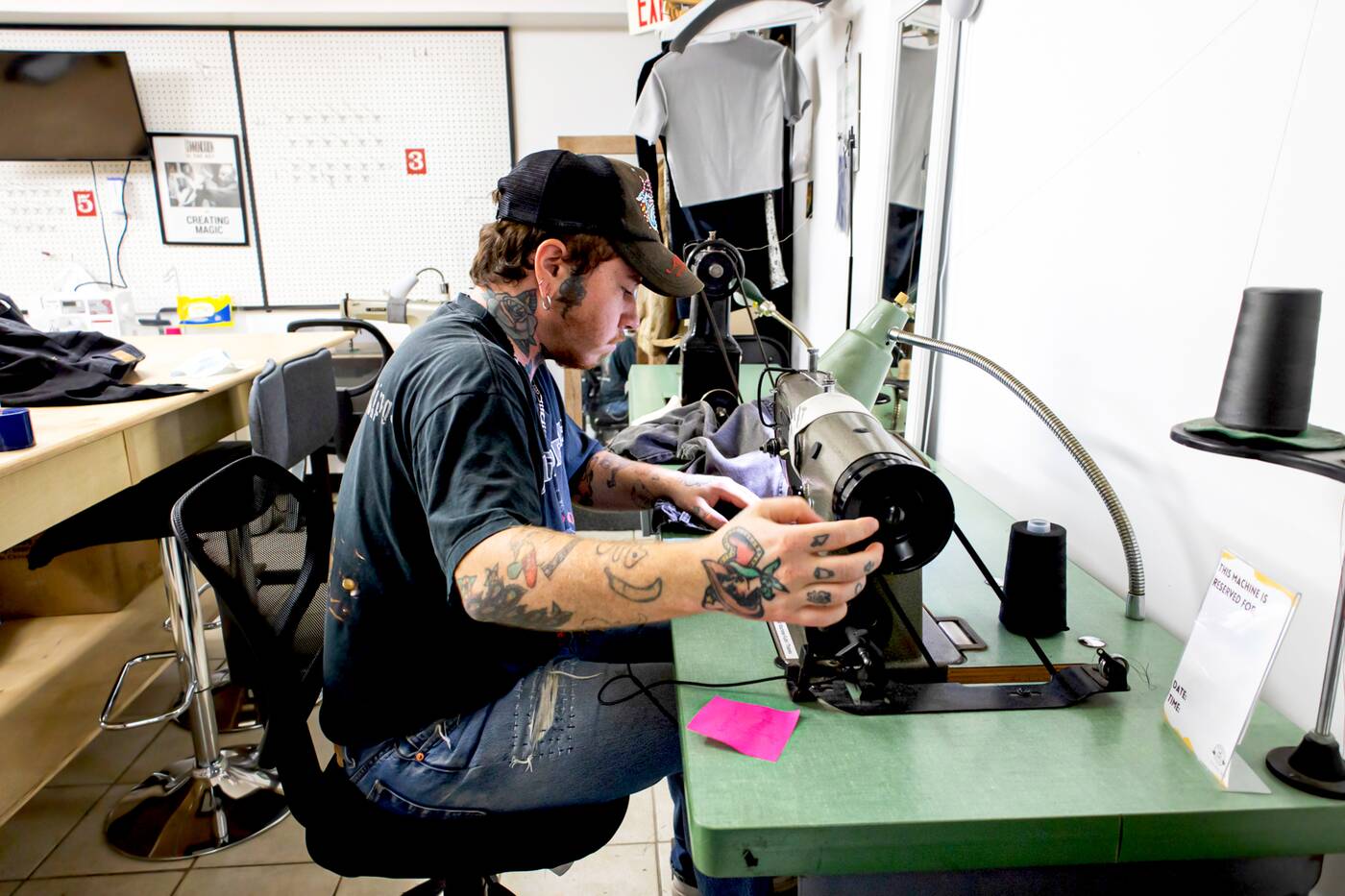 "I was fixing denim about eight hours a day, five days a week," says Forde. "Sometimes I didn't leave the machine for a full day." 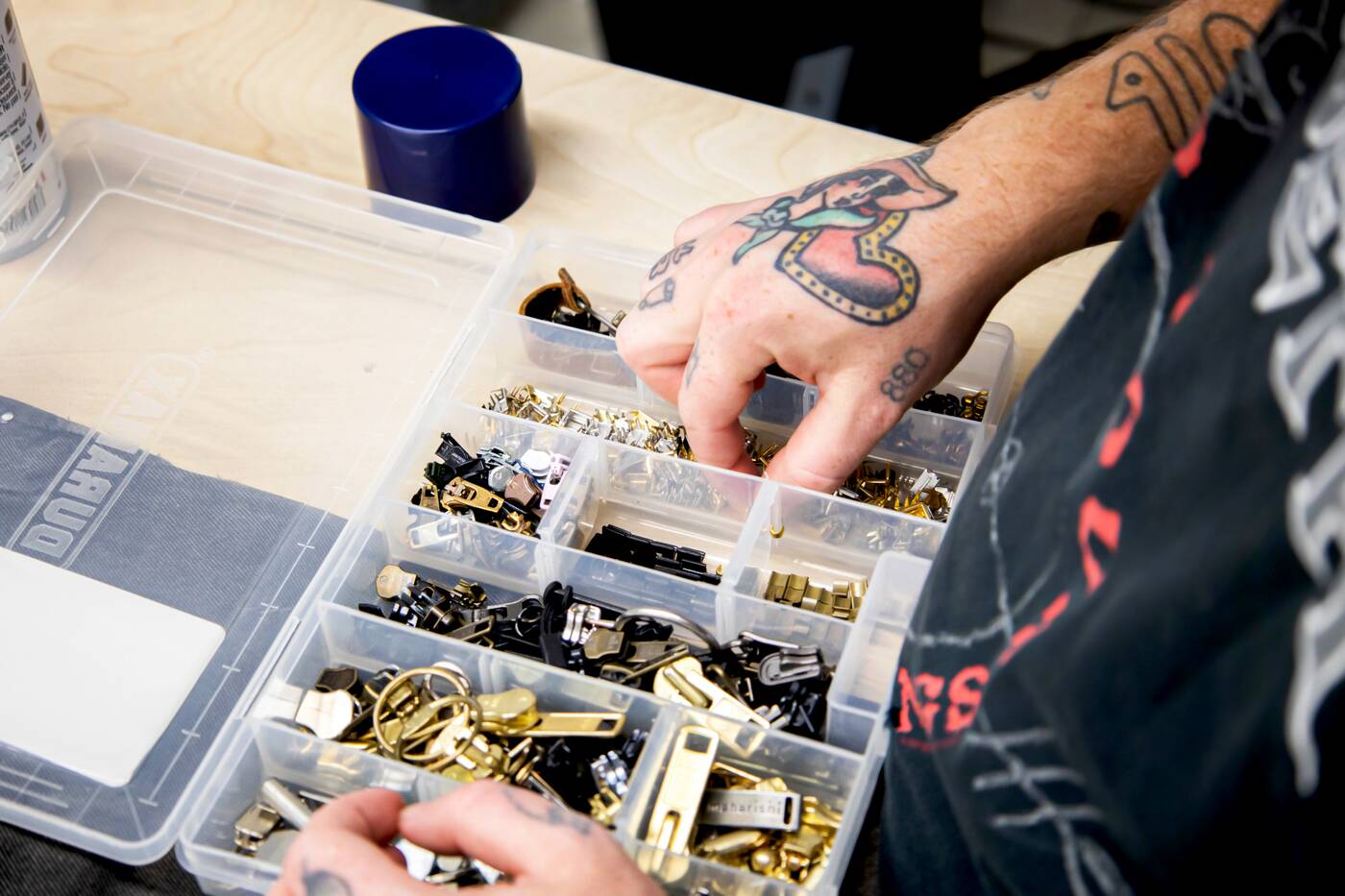 Forde ended up leaving Dutil in 2019, not specifically to start up Toronto Denim Repair, though the idea was already germinating after gaining trust from clientele.

"I was in the midst of my gender journey starting HRT (testosterone), was burnt out and decided to leave to focus on my physical and mental health while I navigated transitioning," says Forde. 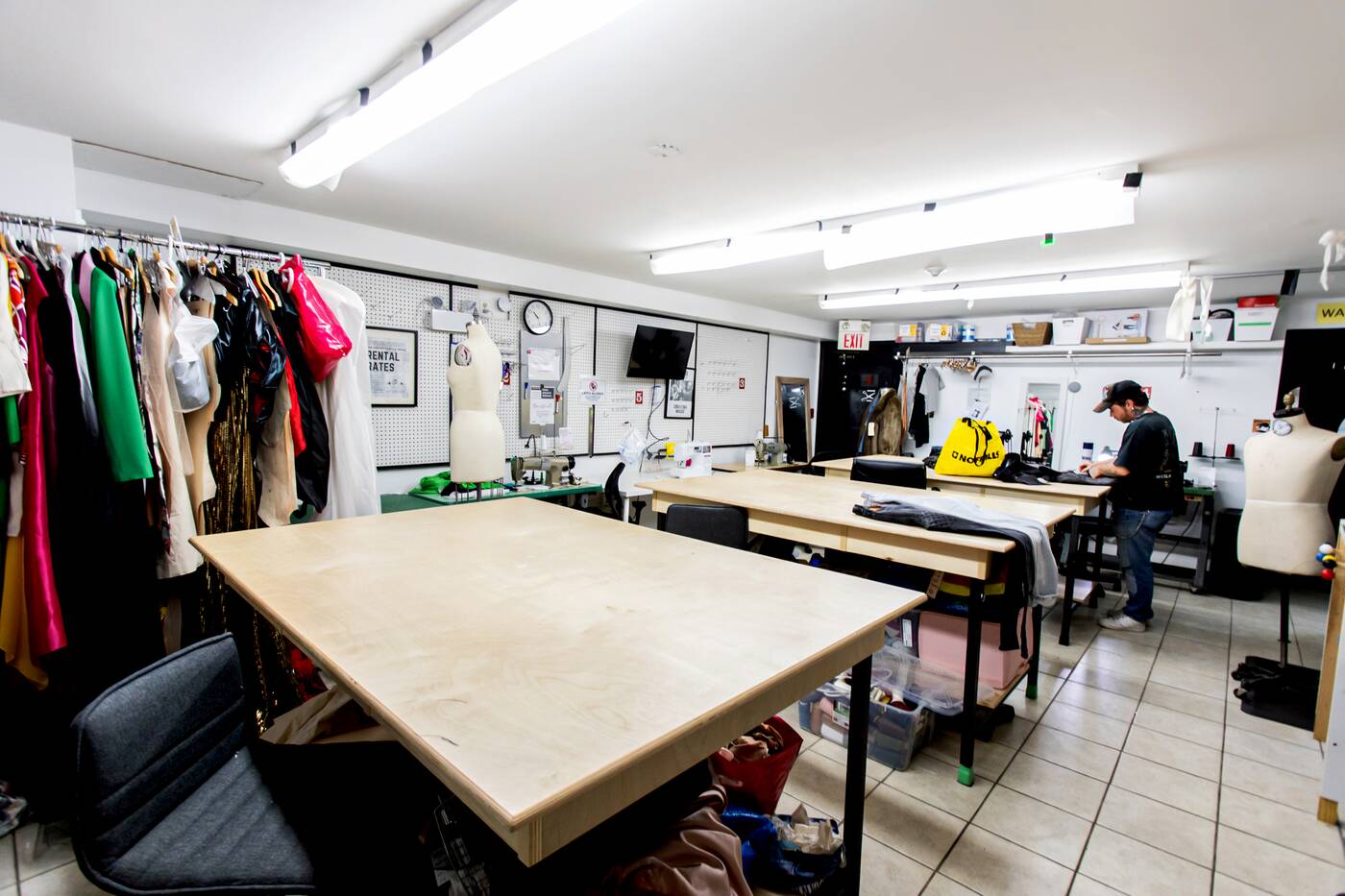 It wasn't until June 2021 that he officially decided to start up Toronto Denim Repair, which operates out of Shoppe and Tailor Studios on a by-appointment-only basis. 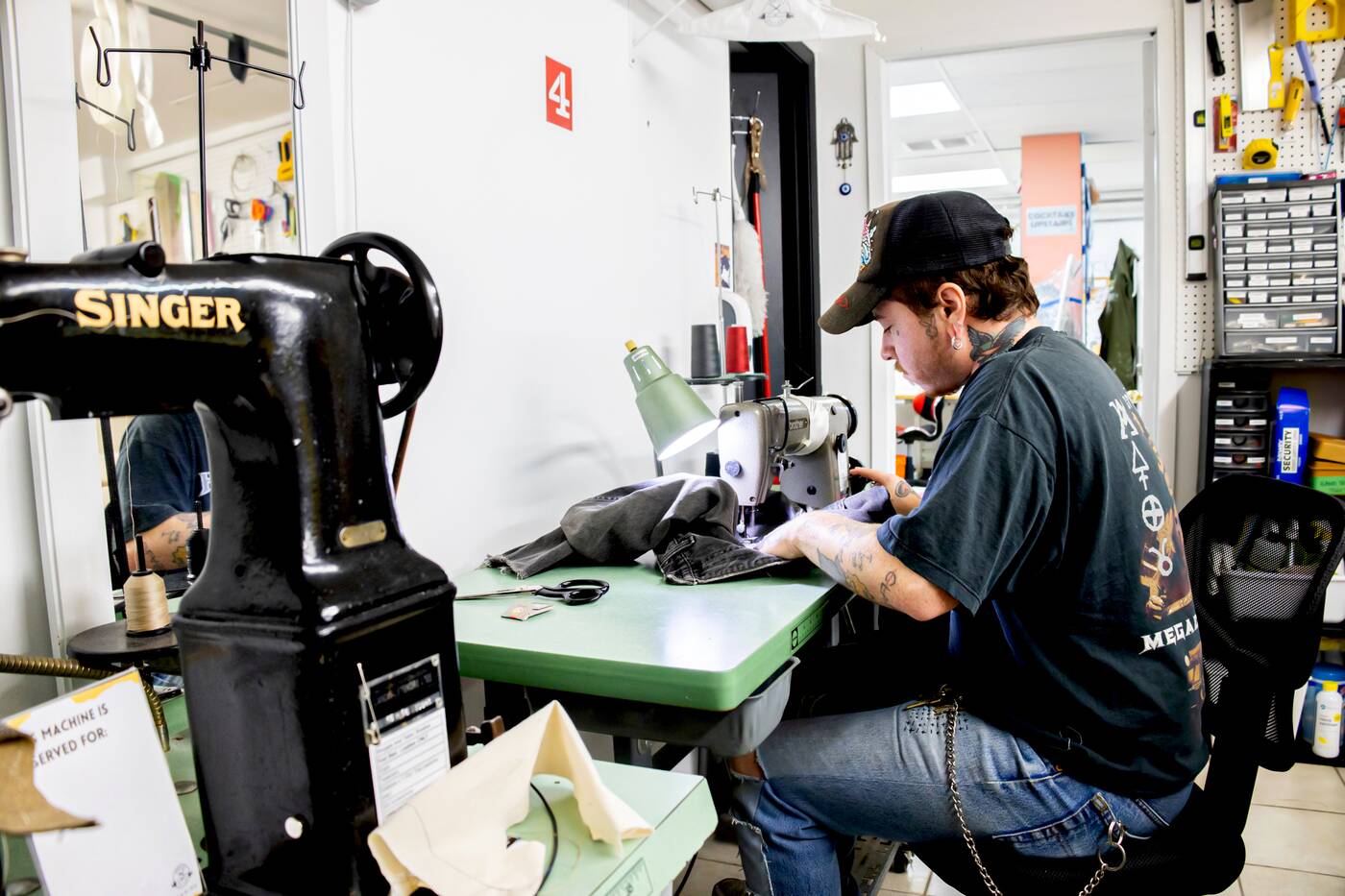 The project specializes in premium custom denim repair, and pricing starts at $20 for hemming, $50 for crotch repairs and $65 an hour for custom repairs. 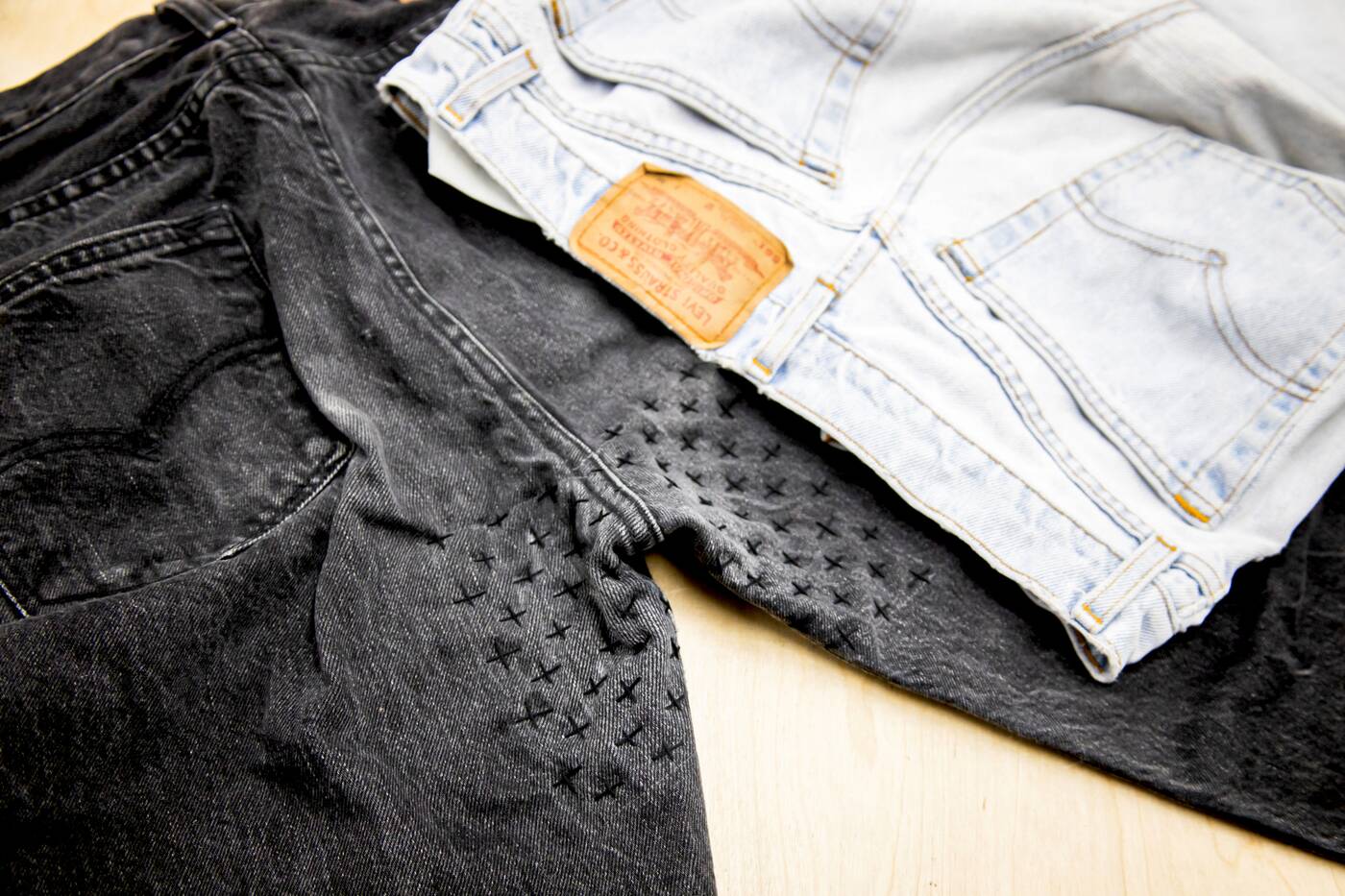 Denim has to be freshly washed to drop off, and you can make inquiries through Instagram DM. 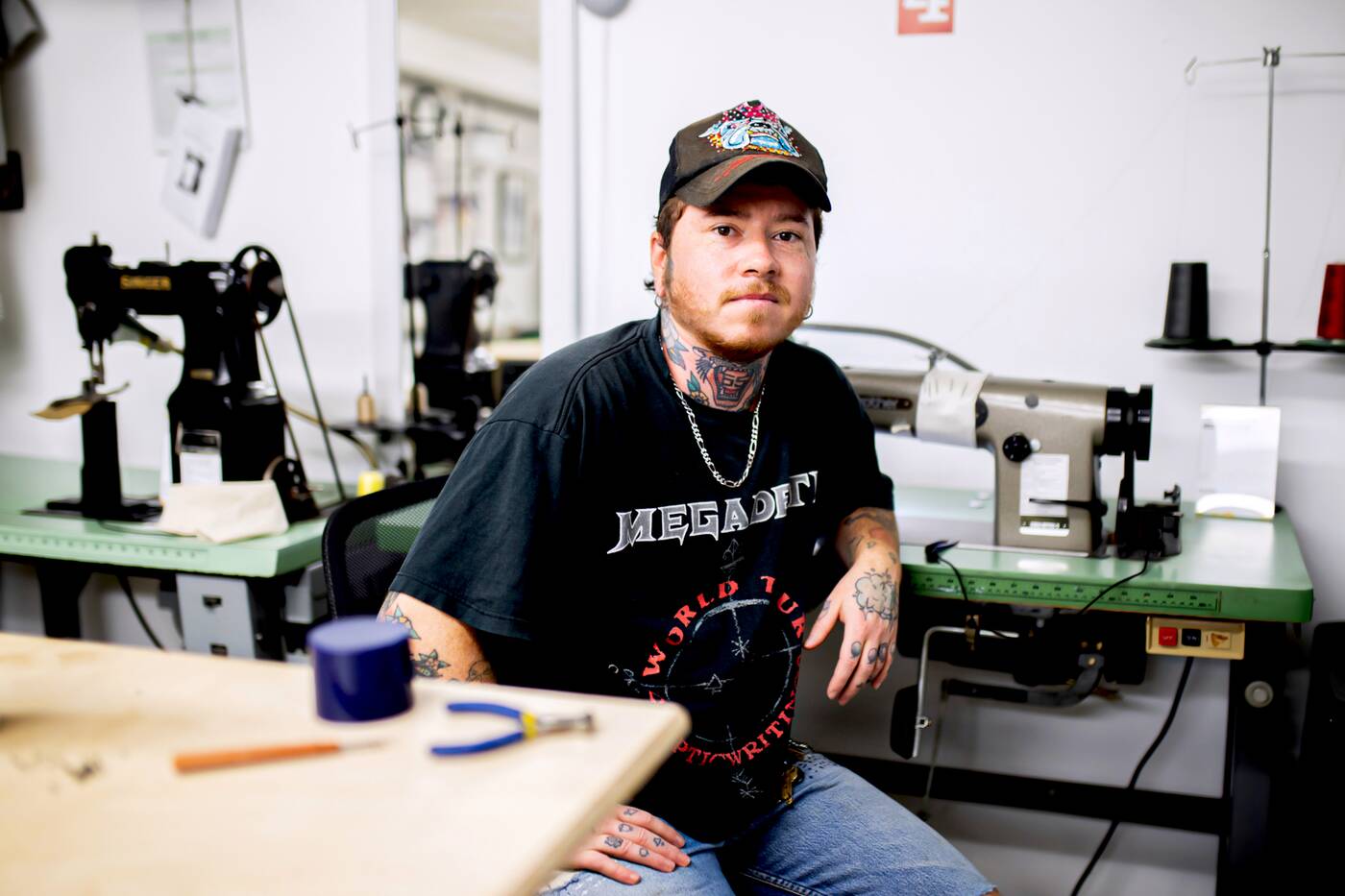 "The dream would be to have my own space where clients can come by and drop off their denim on their own time. Maybe sell some vintage and reworked pieces and maybe some collaborations. I'm still scheming. I want people to know that their denim doesn't have to cost $300 in order to give it a second life," says Forde.

"I believe our denim can be very sentimental and almost sacred. I know finding the right pair can be exhausting and defeating. The denim industry has a huge impact on our environment so don't toss your denim! And if you do, I will take in donations. All my repairs are fixed with donated denim." 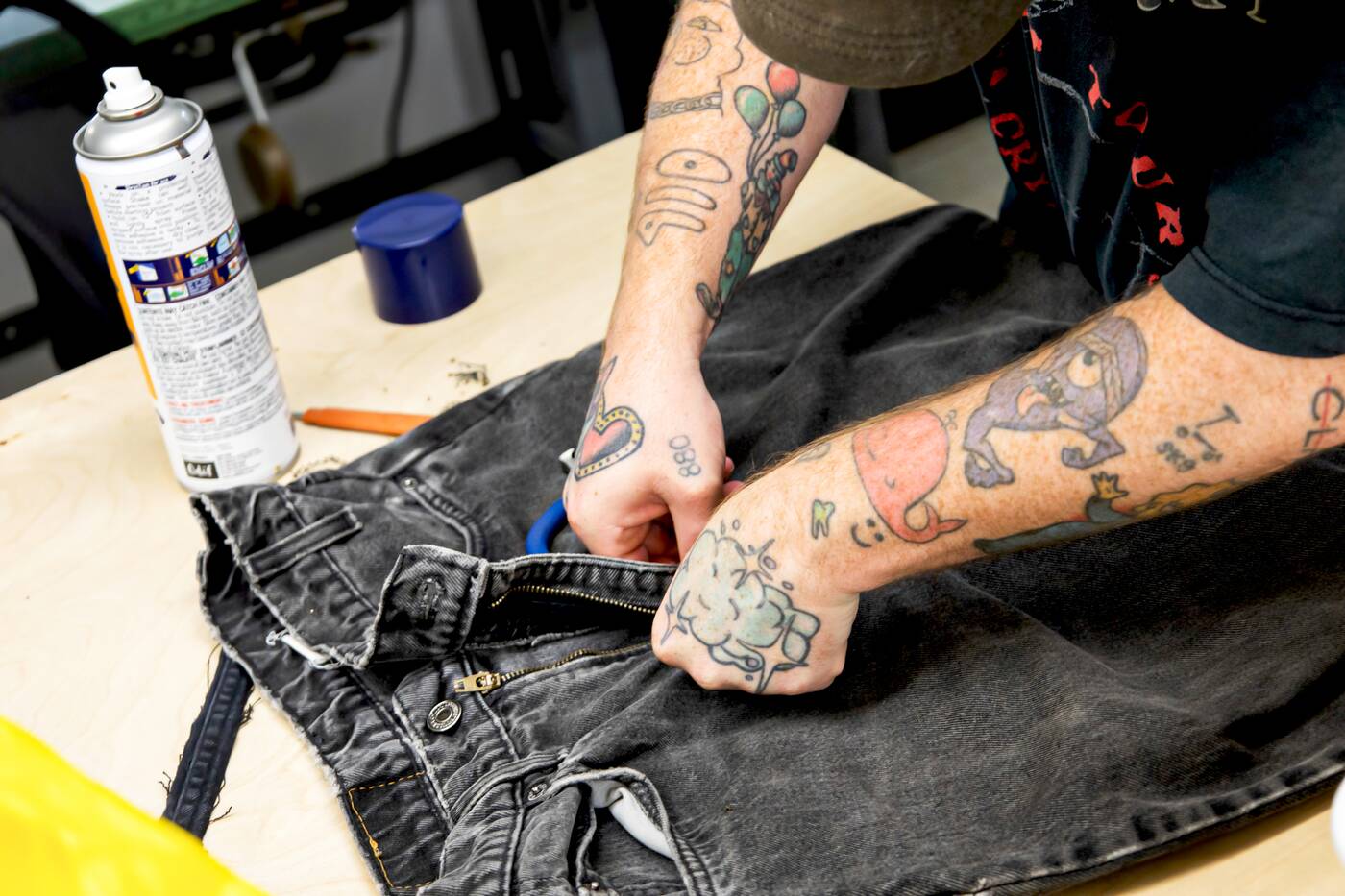 Whether you need some denim repaired or just don't want it anymore, take it to this secret Toronto denim master and see what he can do with it. You might just be amazed. 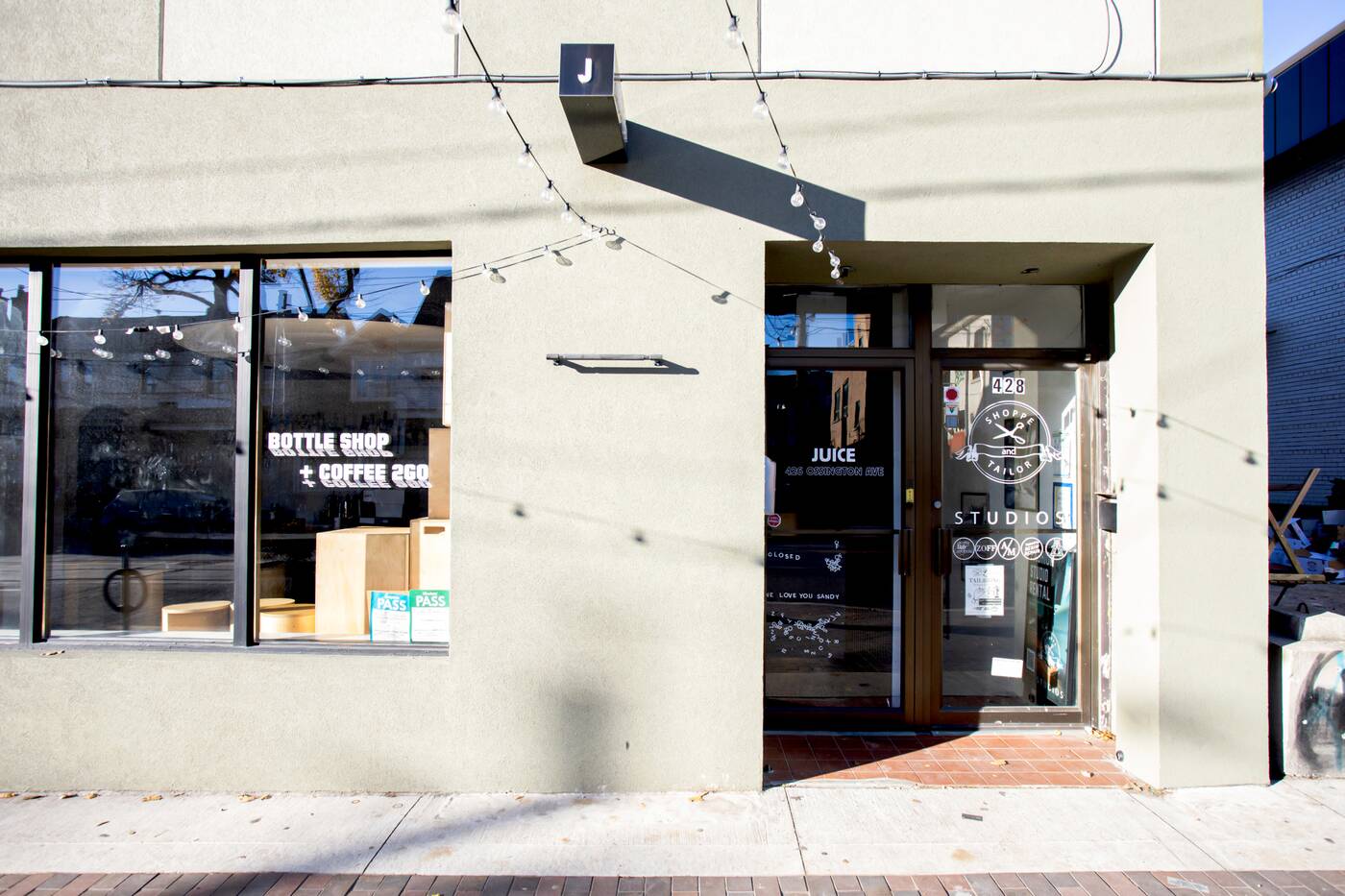