An 18-year-old Toronto designer known simply as "Ice" first started customizing clothing during lockdowns, and now his pieces are selling out in under 12 hours.

The pieces have been selling out so quickly that the shop he works out of, the newly opened Location, hired him. 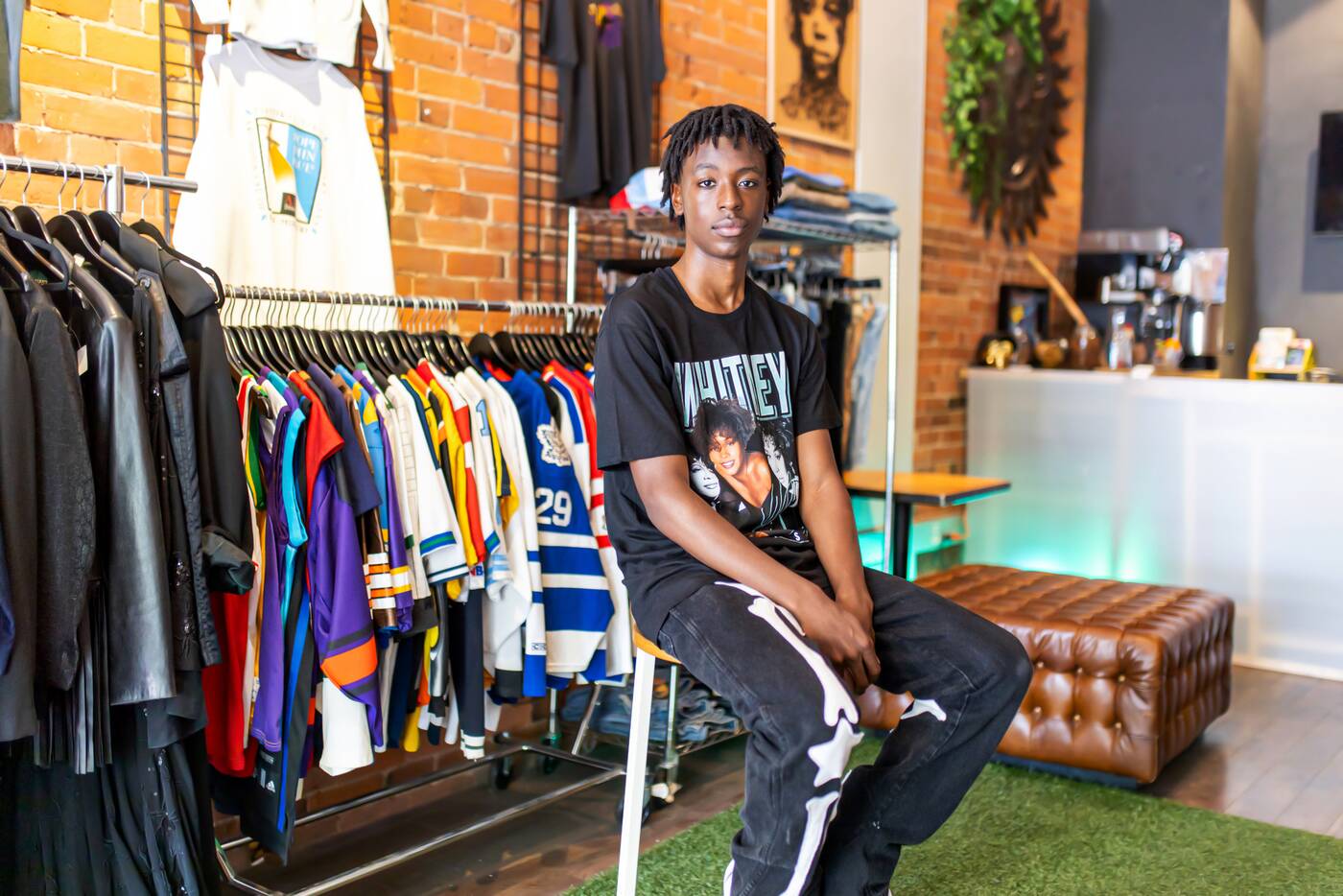 All the experimentation started in March 2020. 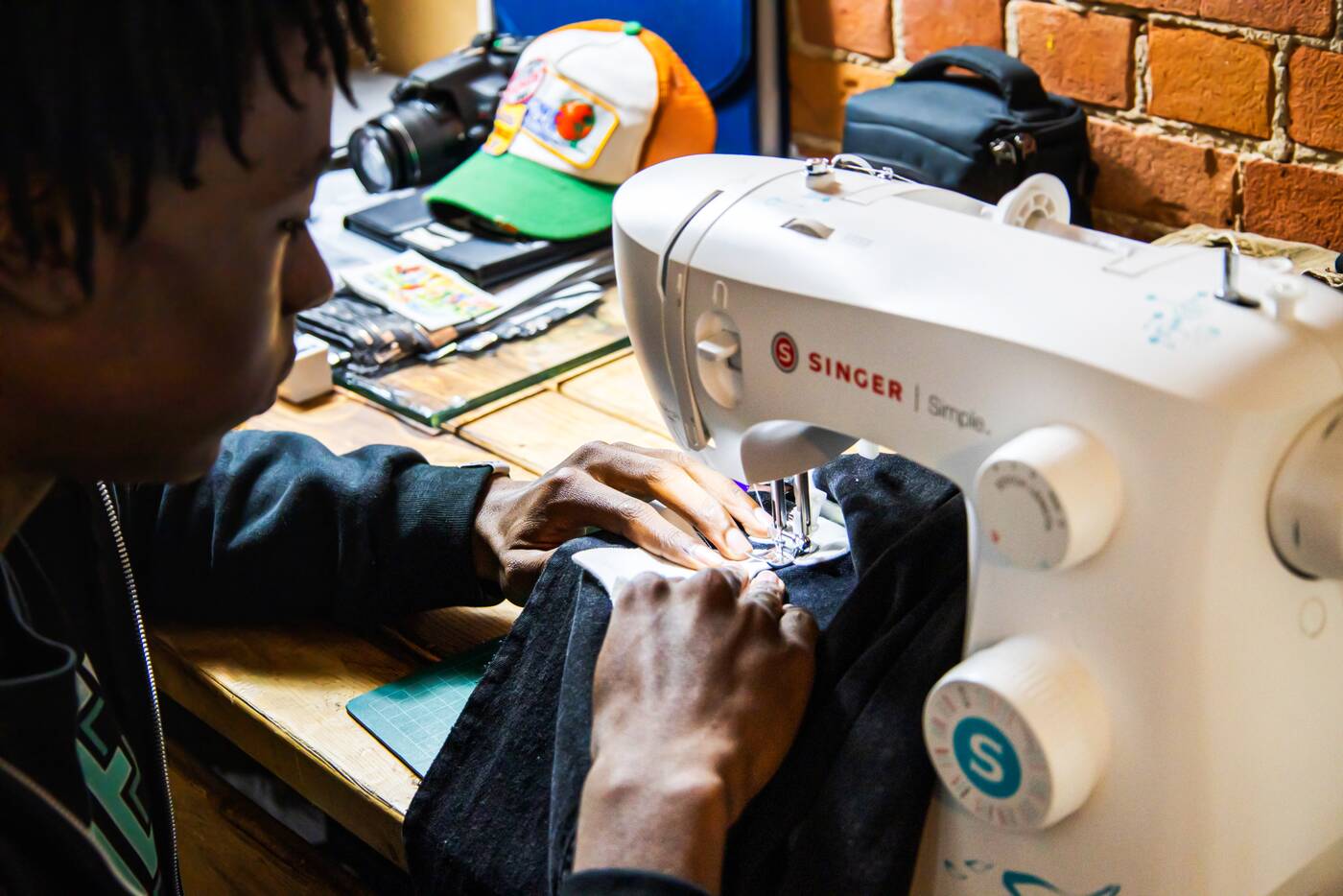 "I wanted to try something new. I am a little artistic and I first started drawing onto t-shirts, and then moved on to ripping and painting onto jeans," Ice tells blogTO.

"I don't really like symmetry in my pieces and I like to incorporate different types of material into the pieces that I make." 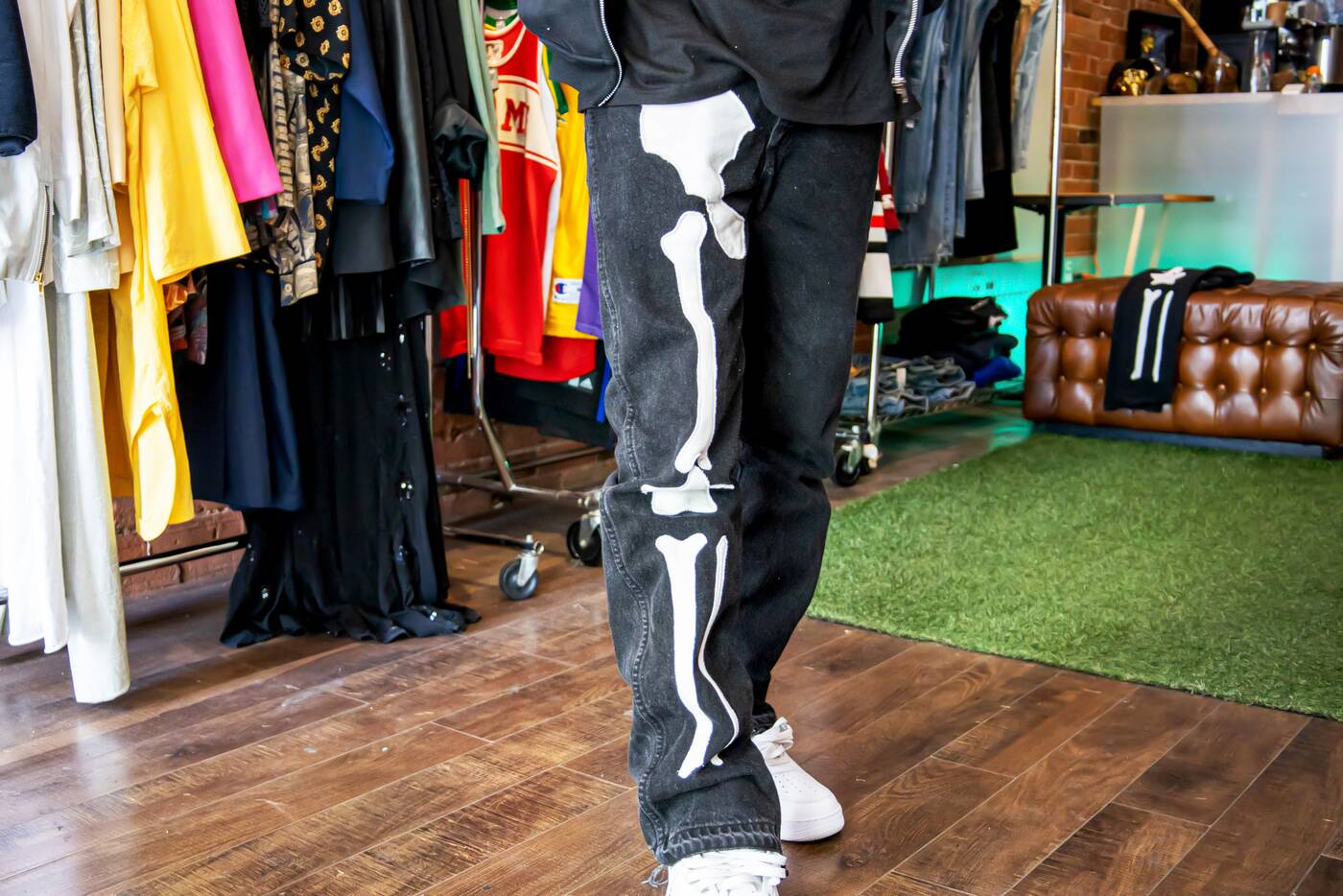 By October of that year, he was already selling his pieces, and has been ever since. He's still doing business via Instagram DM but is working on a website. Every piece is one-of-one, and they all sell super quickly. 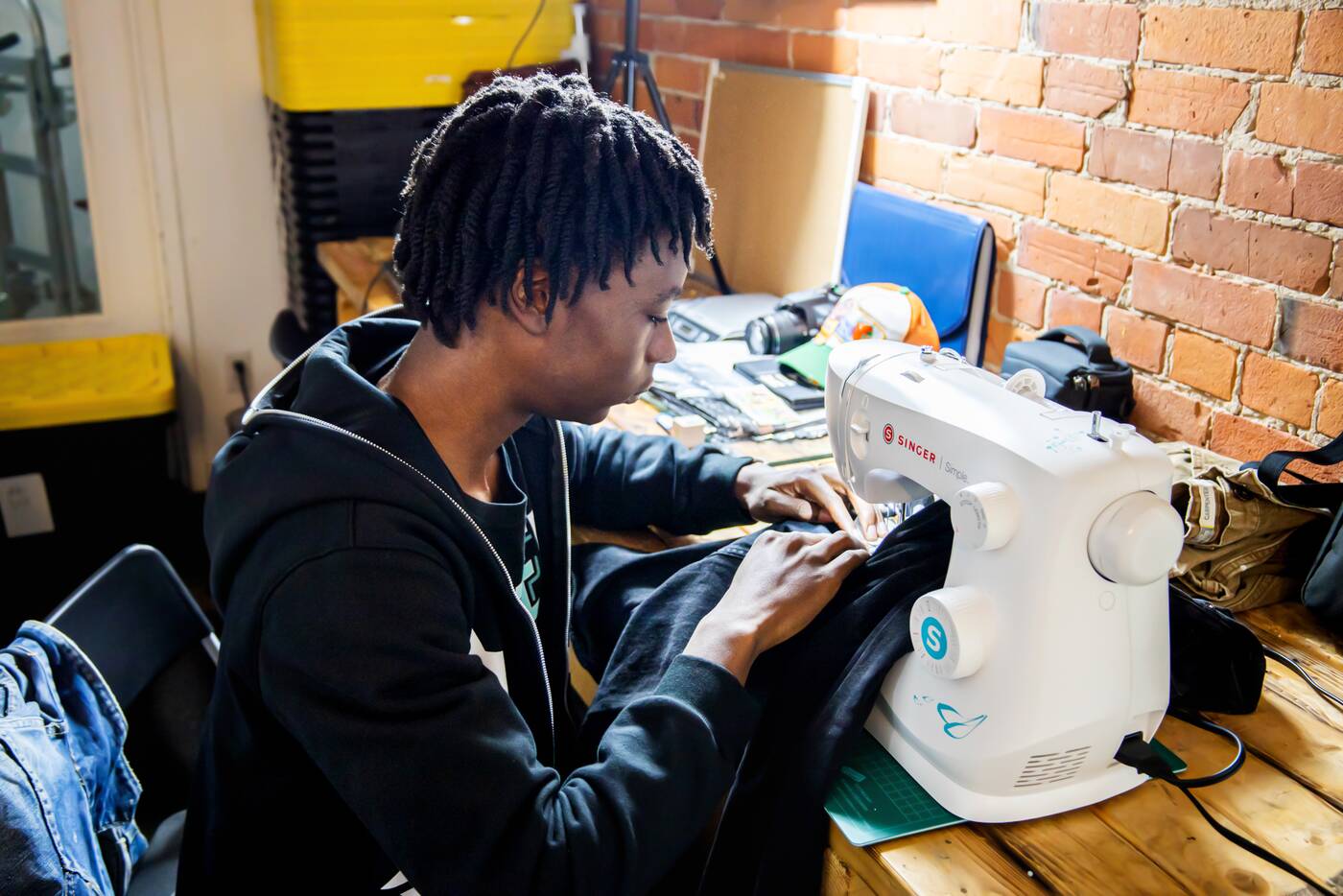 "Location acts as a hub for a local bike collective which Ice is a part of," Location co-owner Isa Cargill tells blogTO. 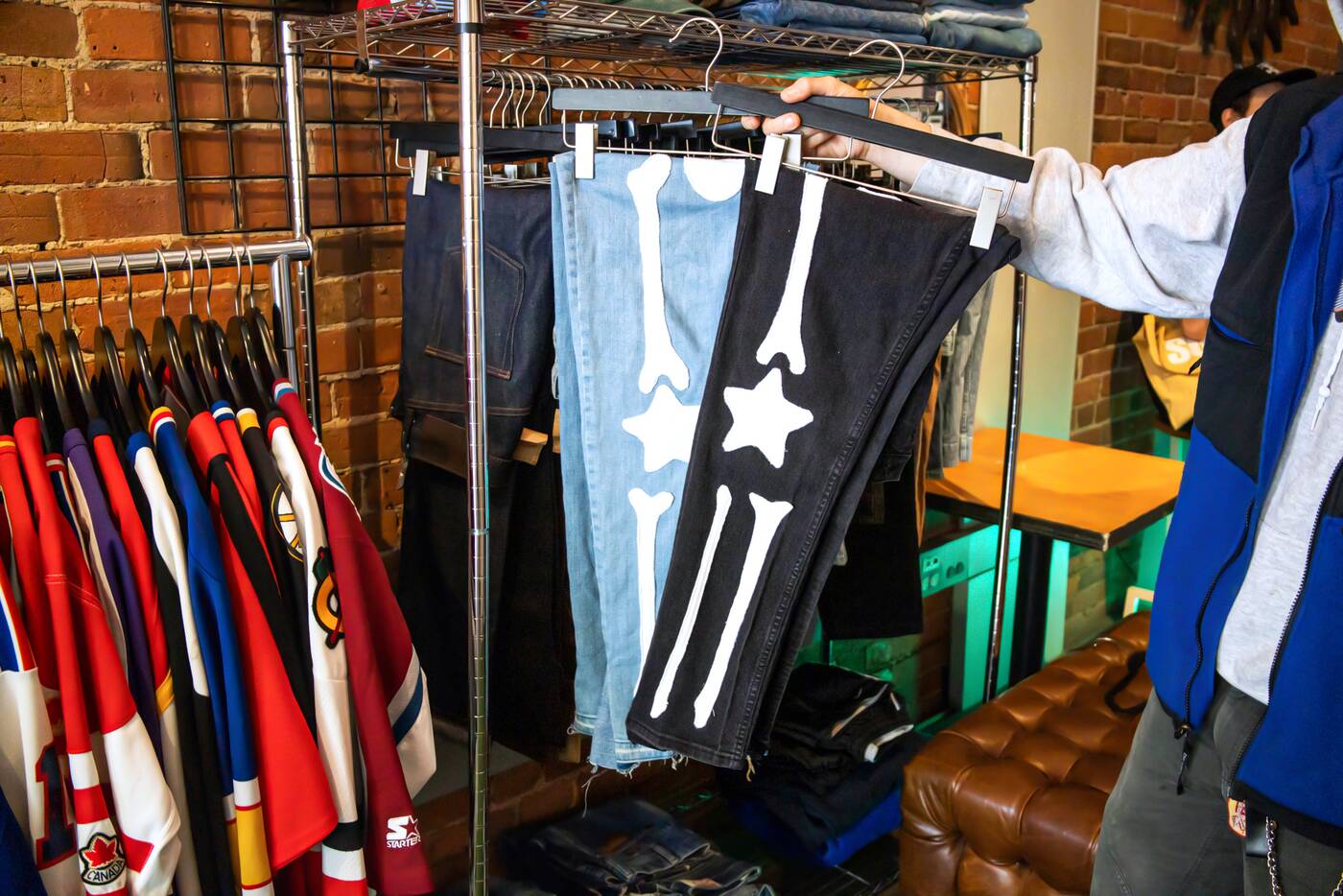 A representative from the bike community brought Ice by Location on a rideout, bringing his work to the attention of the store owners. 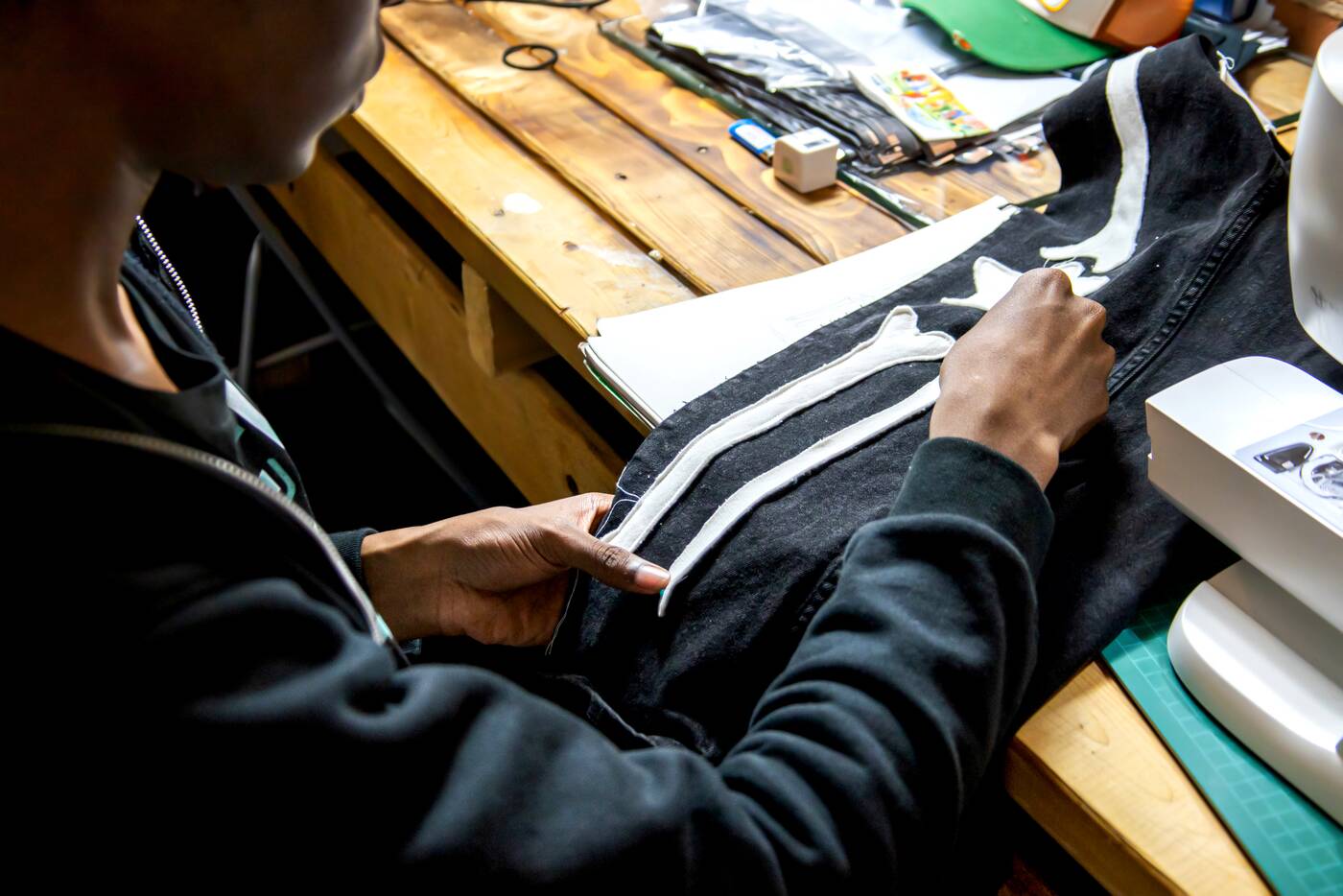 "We were already looking for someone who does alterations/up-work and we saw Ice's potential so we decided to offer him the opportunity to sell his pants in the shop," says Cargill.

"Within 24 hours both pairs he brought in had sold out, we then decided to offer him permanent space in the store to continue doing his work and to grow with the brand." 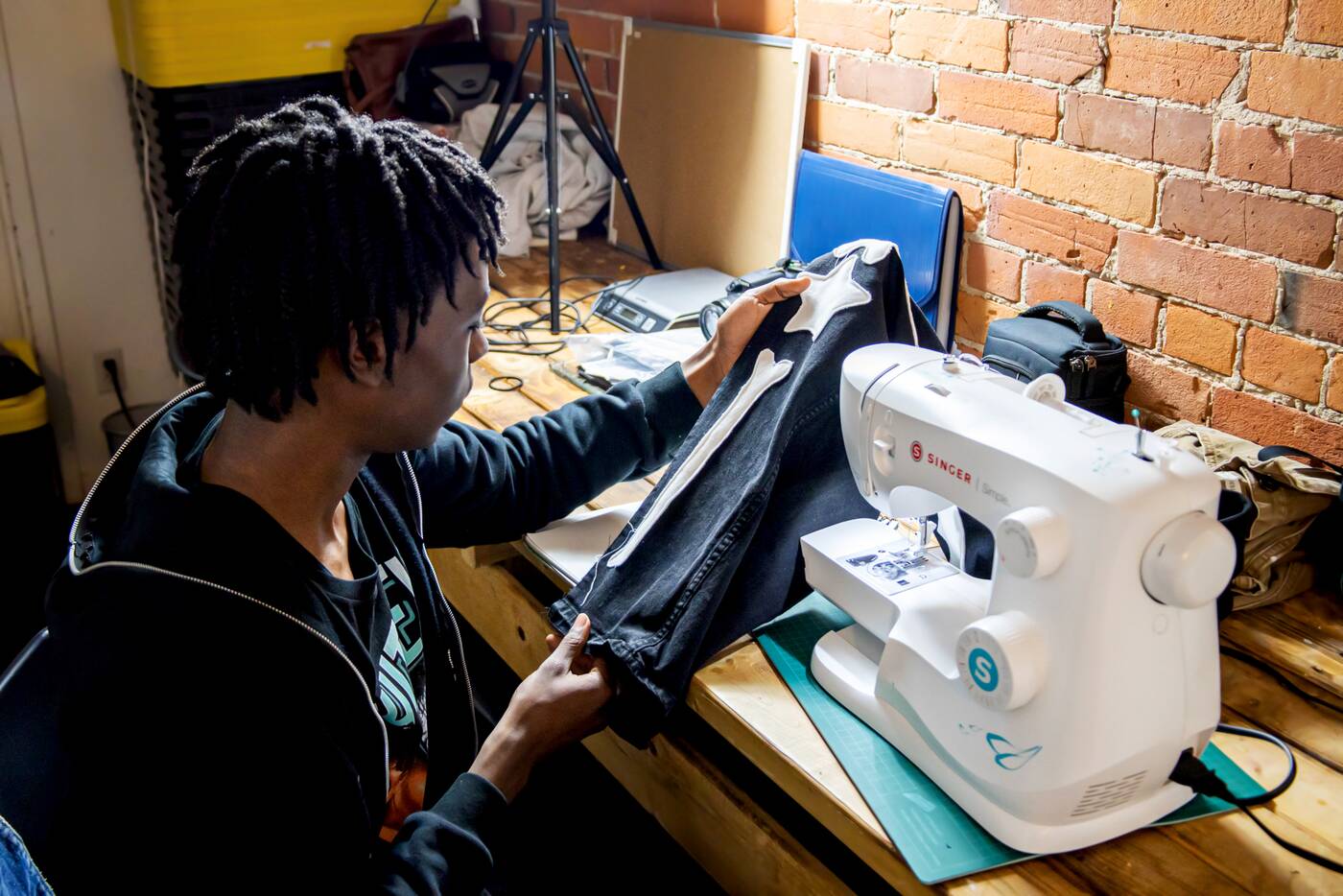 "It helps a lot to have a space at Location because it gives me an opportunity to see a different environment, learn different skills and meet people in the fashion industry," says Ice. 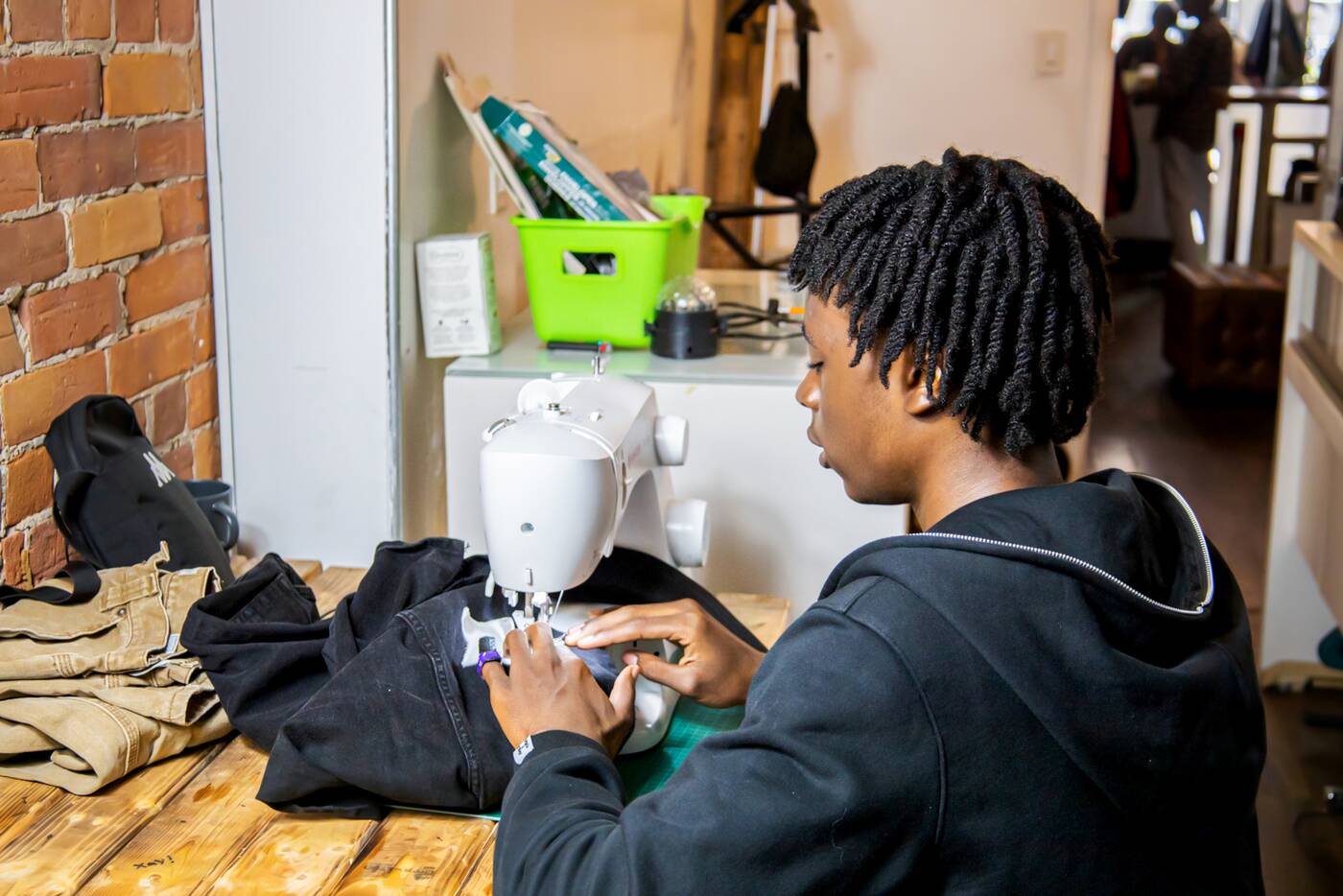 He just began working out of the shop, but already has plans to take his career to the next level. 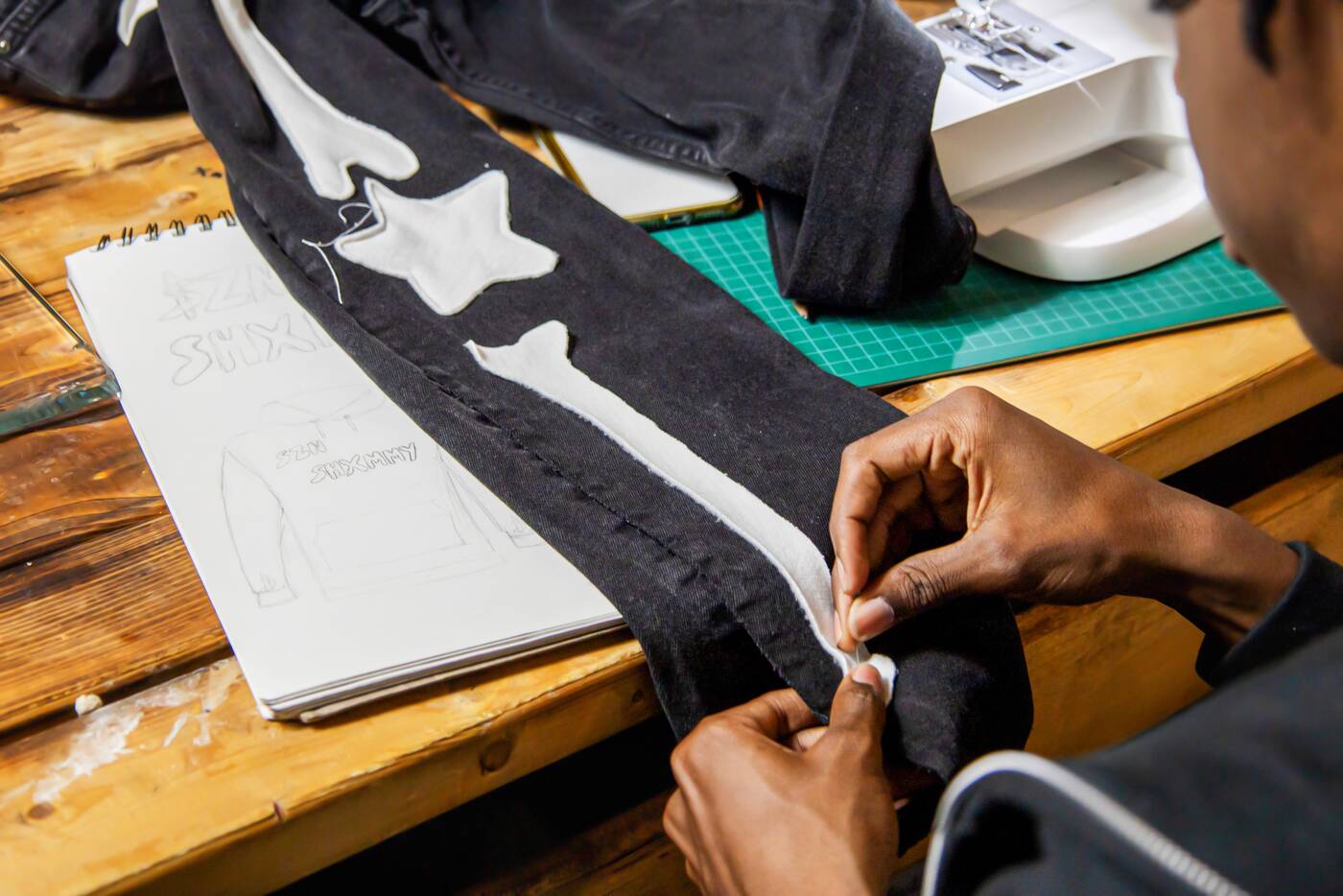 "I'm hoping to be able to make something for Trey Richards and Drake soon so we'll see how it goes," says Ice. 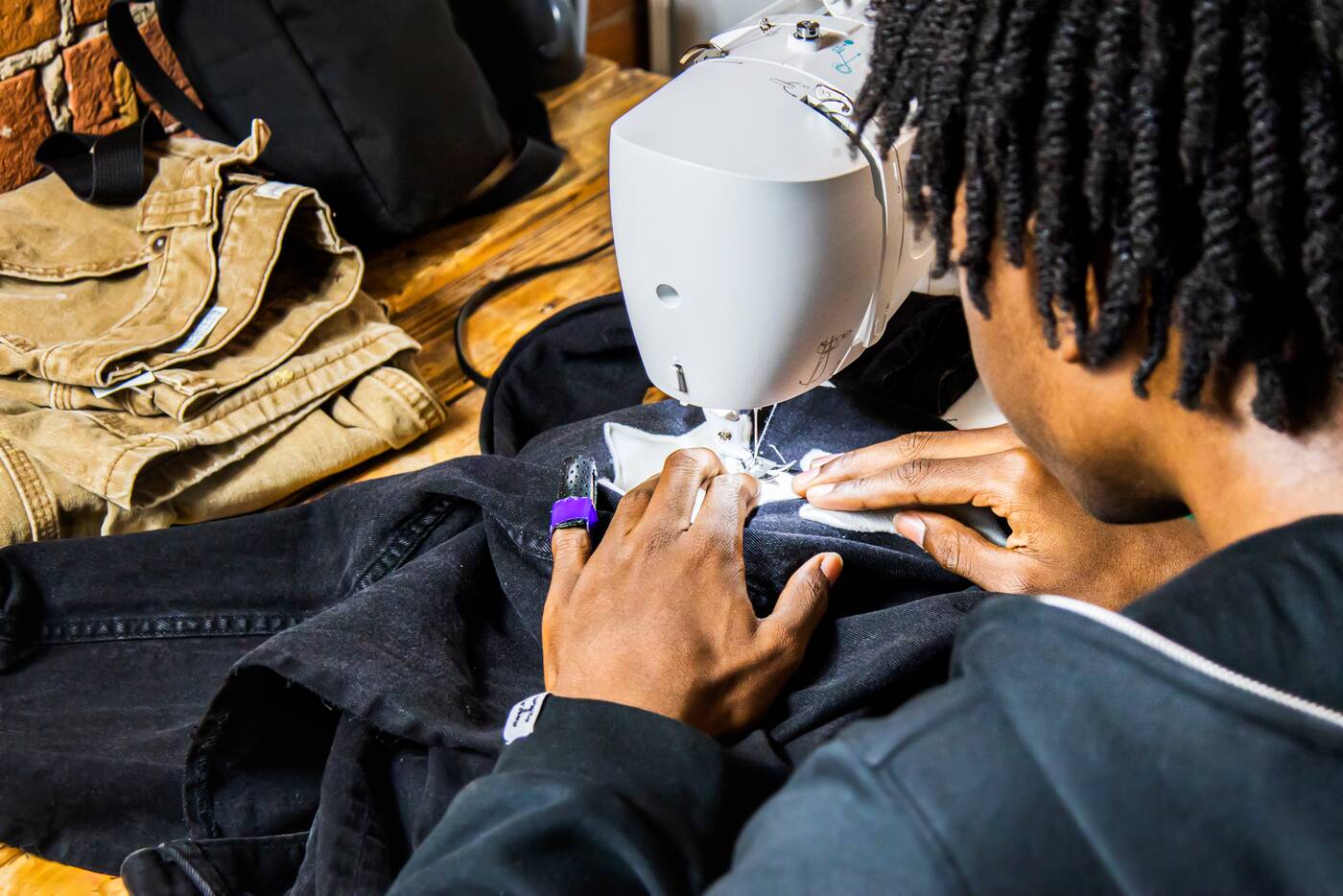 "At the moment Ice is the only designer on site working with us," says Cargill.

"We do have consignment and other local brands in store, but we do plan on implementing other local creatives in the near future."