Decluttering Marie Kondo stans take note: Some possessions really are worth holding on to for decades, even after you've stopped using them.

Conor Hildebrandt of Toronto would certainly agree with this statement after discovering that his grandmother was in possession of a very old, authentic Louis Vuitton trunk that by some estimates could be worth around $30,000 — or more.

"My grandma and I were just talking about how I just recently sold some odds and ends from around the house and she randomly brought up the fact that she has an old trunk or suitcase she's had since she was a kid," the 32-year-old creative professional told blogTO this week.

"Me chuckling to myself, thinking it was probably some worthless retro suitcase from the '80s," Hildebrandt continued. "When she dug it out of the basement filled with old newspapers and sewing supplies, I immediately fell to my knees in disbelief." 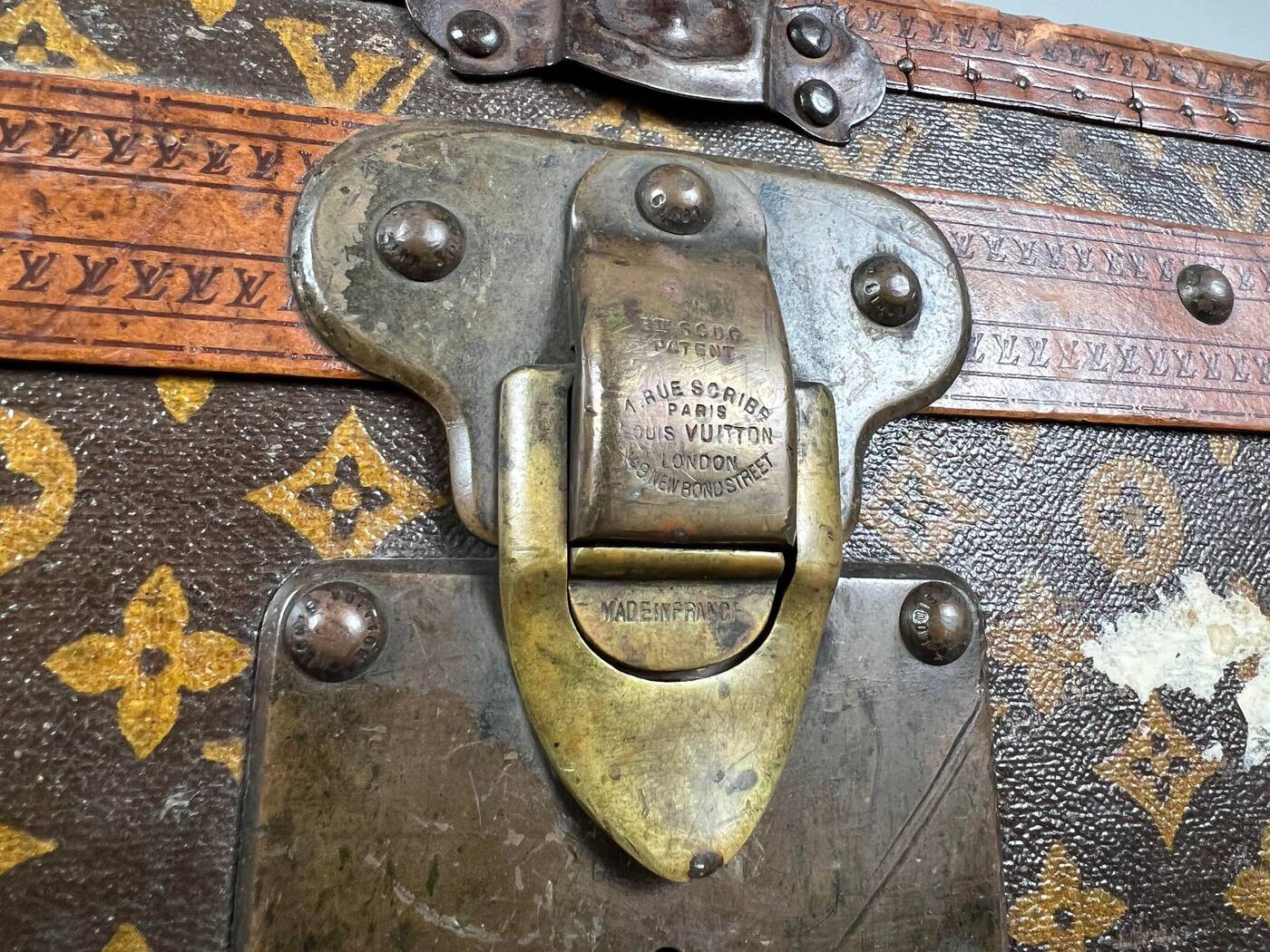 Before him was what appeared to be a vintage Louis Vuitton Brevete Cabin or Steamer Trunk with its original LV monogram print. Originally owned by his great, great grandmother, it is believed to be more than 100 years old.

"I've yet to determine its  exact age, but it's well over a century old. I know the Louis Vuitton brand didn't create the monogram pattern we all know and love today until 1896. So it could be as old as 1896 but I suspect it isn't any newer than about 1915 because my grandmother (born 1940) recalls it being in the possession of her grandmother," he says.

After years of languishing in darkness and solitude, the chest isn't in mint condition, but it's undoubtedly a real Louis bag. Nobody was producing knockoffs in the early 1900s, and labels don't lie; from the buckles to the slats to the inner lining, every part of this bag screams "Louis Vuitton" and "PARIS." 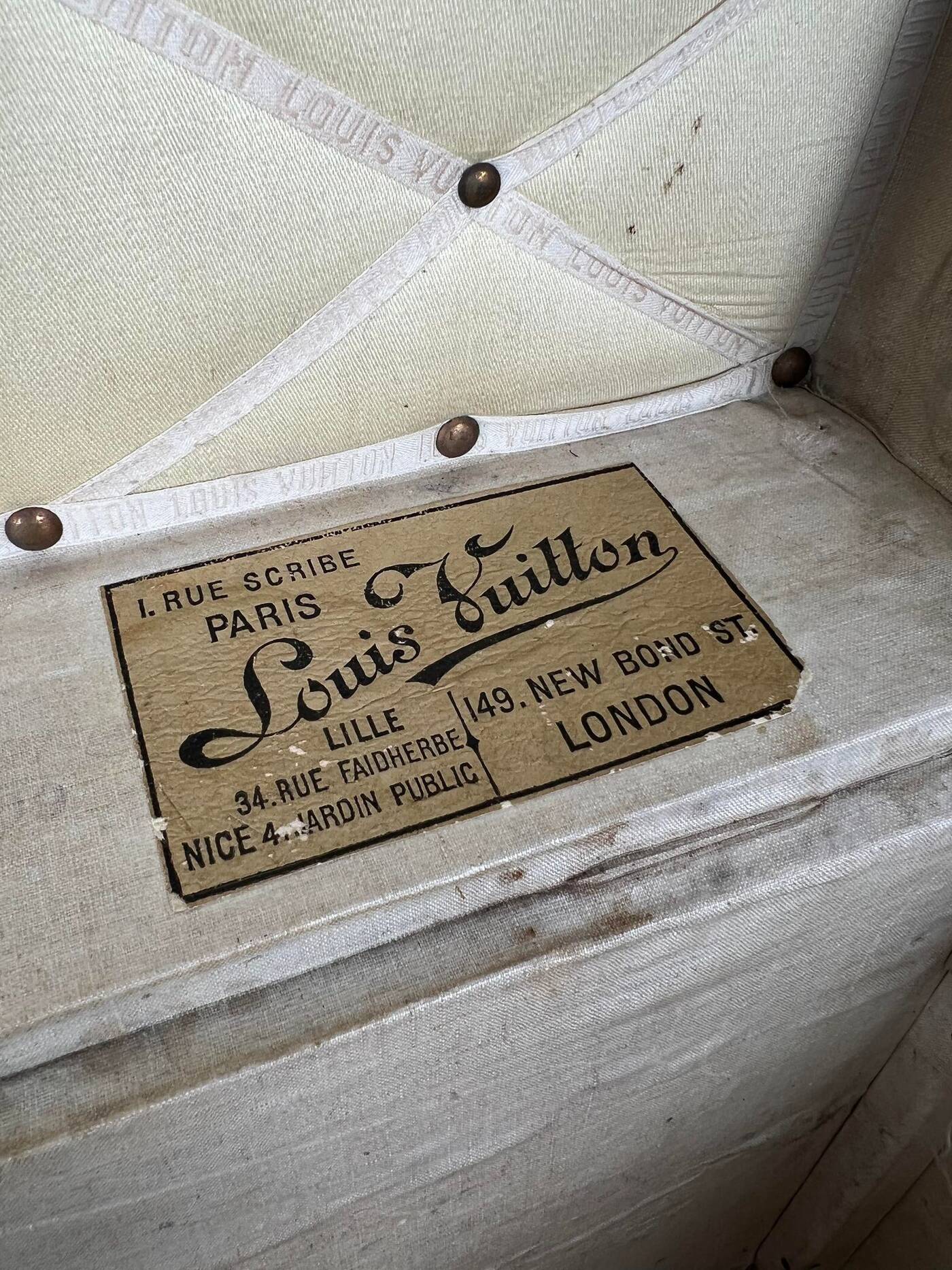 The best part? Hildebrandt's grandma had no idea that it was worth anything. She simply remembered it fondly from her days as a girl at summer camp some 70 years ago.

"My grandmother told me she use to take the trunk to summer camp for several years in the 1950s so she never saw it as anything more than 'just a suitcase'," he tells blogTO.

"Needless to say she was quite shocked when I told her the potential value it could have. Not to mention it's a piece of history! You don't come across items like this every day."

You certainly don't, which is why Hildebrandt turned to a private Facebook group for buying, selling and trading Supreme products in Canada for a read on how much it might be worth. 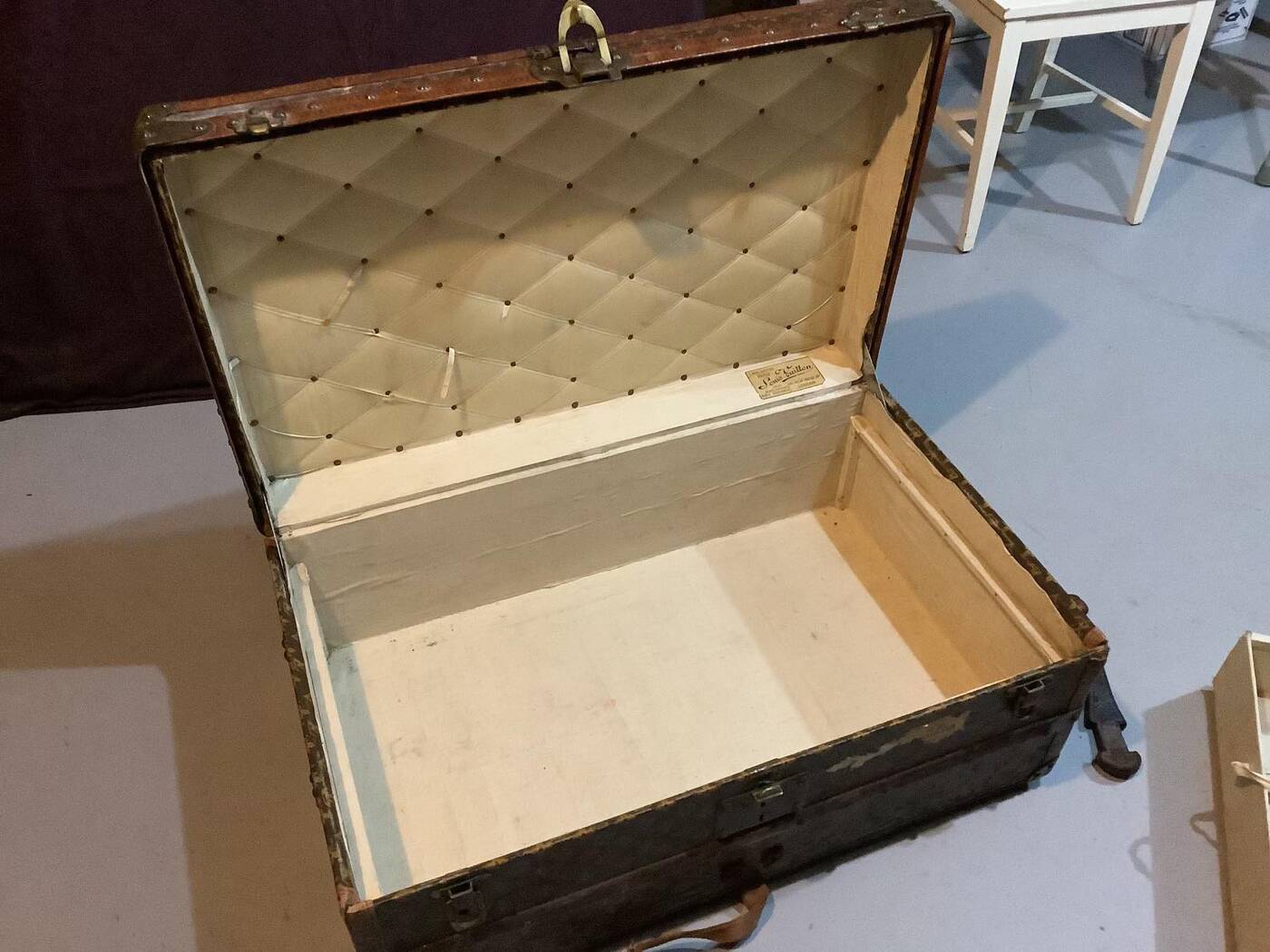 "PRICE CHECK: Circa 1890's Louis Vuitton Trunk. This is my great grandmother's LV trunk... no clue what it could be worth, anyone have any insight or idea? It's in pretty good condition for being over 100 years old."

Blown away, members of the group started sharing their expertise in the world of designer reselling. Many suggested that he keep the trunk — that it's too valuable to sell.

"If it's authentic I've seen these sell for 100K USD and up depending on the condition," noted one.

"I dont even know if you could put a price on something sentimental like that. Keep it IMO. Being that old though I imagine a monetary value will be in thousands of thousands," wrote another. 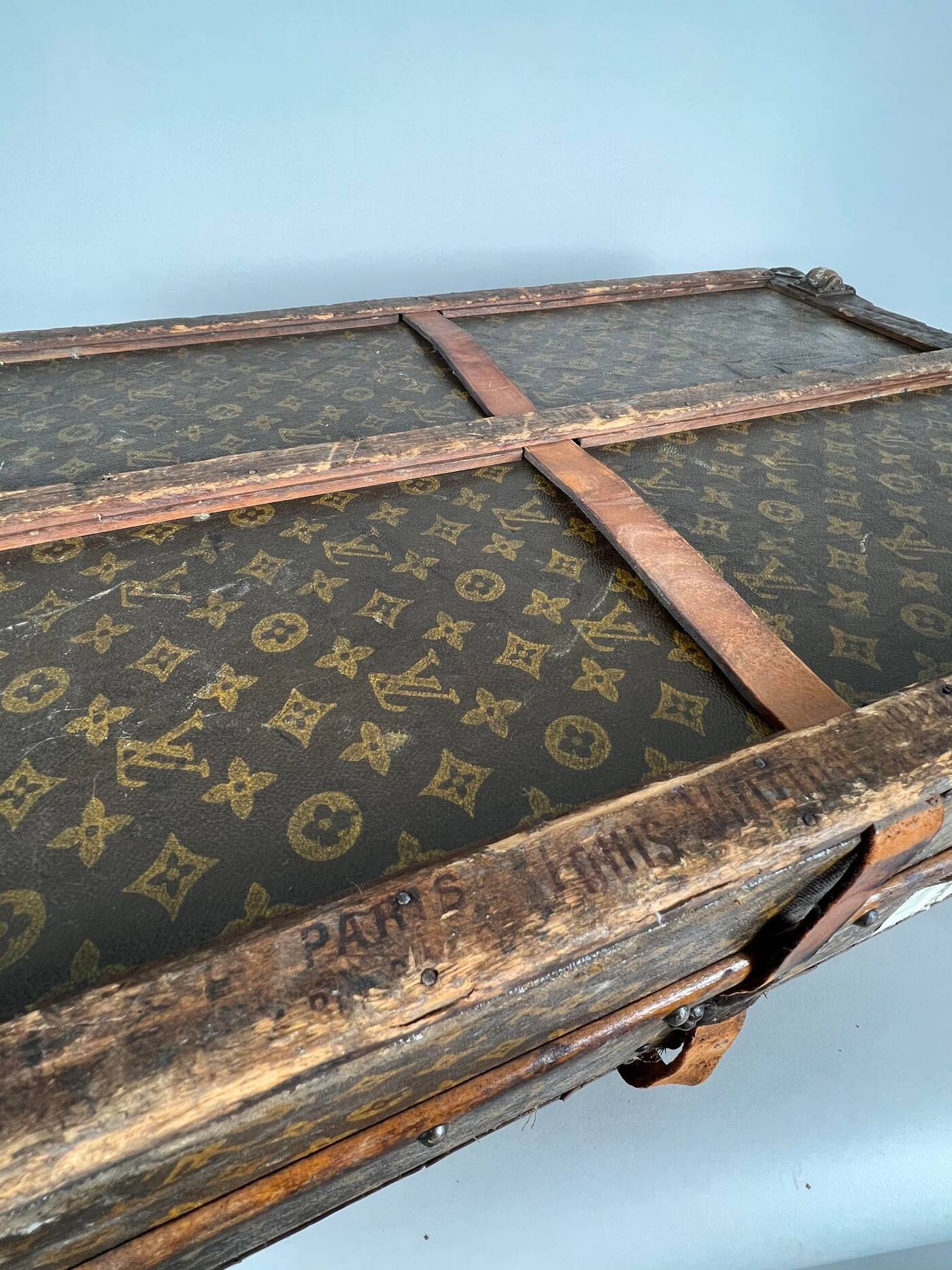 Hildebrandt, who co-operates a video production called Viva Media, is not himself an expert in vintage Louis Vuitton trunks. Few people are. He thus is looking to get the piece properly appraised so that his grandma gets its full value, should she decide to sell.

"Whatever the sale price, most of the money will go to my grandmother but she's promised to give me a cut of the sale for helping her sell it," he explained, noting that he'd put his cut of the sale into investments but might also "buy myself some new LV items in memory of the trunk."

The dutiful grandson says he's been placing some calls, including to Louis Vuitton customer support lines, but has yet to determine how to best have the vintage luggage appraised. (If you happen to know, DM him on Instagram!) 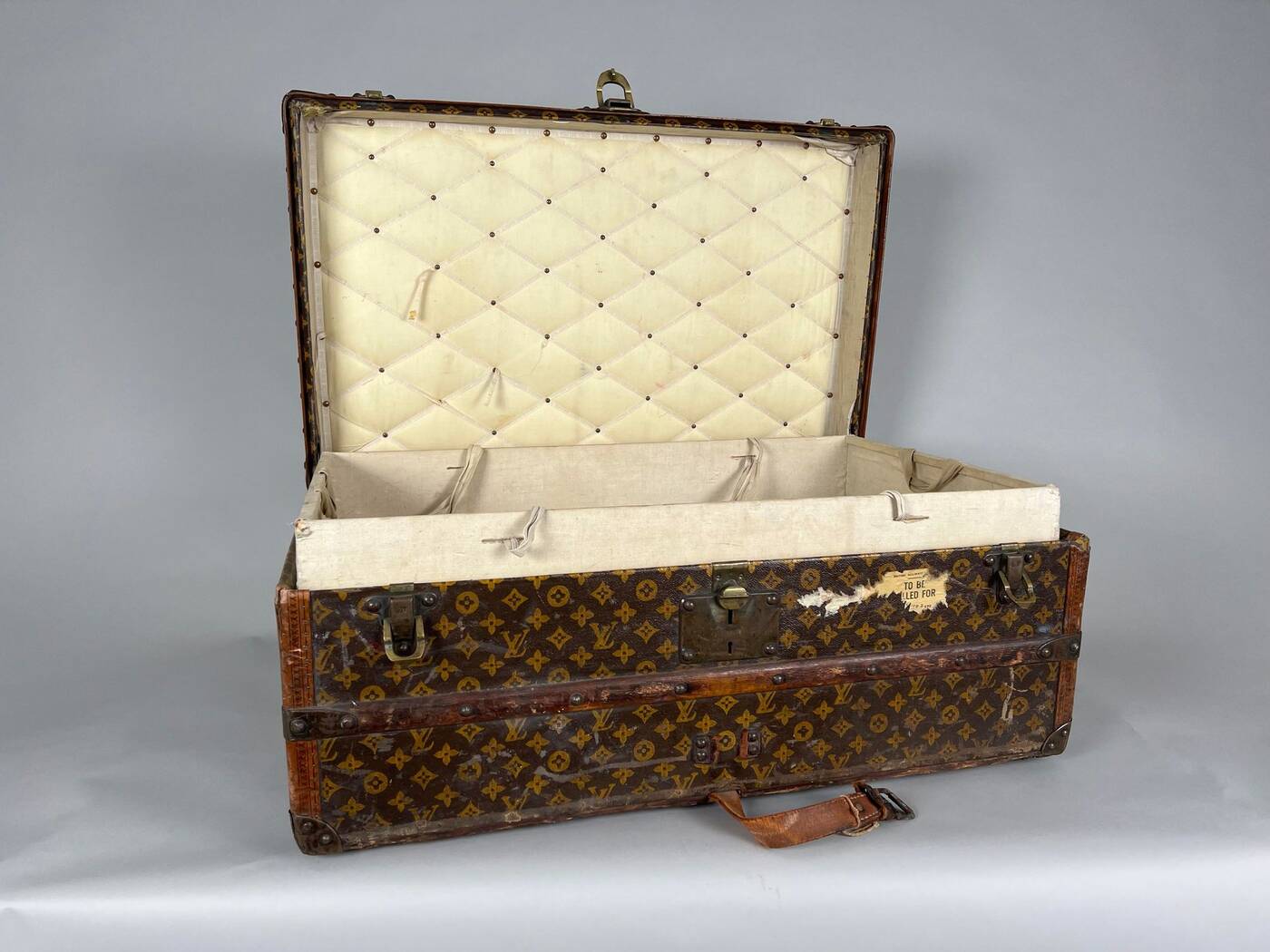 "I will definitely look into what it would cost to restore and see if that effects the value. From what I've seen online and from people in the various online communities I'm apart of, it could be worth anything from $5,000 to $20,000," he says. "So hopefully I can get a proper, professional appraisal soon."

But even if big money doesn't materialize, Hildebrandt is thrilled by his grandmother's discovery.

"Regardless of its value, this trunk is a piece of history! It was an unreal feeling just being in its presence and trying to imagine all the places it had gone and all the memories it contained," he says. "So go check out your grandparents' basement and make sure they're not storing your old toys in a 100-year-old piece of history."