A Toronto optical store looks like an explosion ripped through it after a devastating break and enter this week.

Store video captures two men walking around the outside of the shop around 6:20 a.m. and then a Ford van backing into the front entrance of the store twice — the second time smashing through the store. The store had a metal security gate drilled about 10 inches into the ground, so they needed to drive fast.

"He had to have been heavy footed it in order to get through that gate because it ended up tearing the entire front structure of our store completely off," he says.

There is no other video footage from inside the store.

"They knocked our system out completely with sheer force," he says. "The entire front structure is completely demolished."

After the van broke through, the three men took everything they could. The store sells luxury, designer brand glasses and about 95 per cent of the stock is gone.

"It's heartbreaking because all of us put our heart and soul into this place to make it what it is," says Chalifoux.

The owners do not want to reveal the total value of the items stolen but say it is a high number. 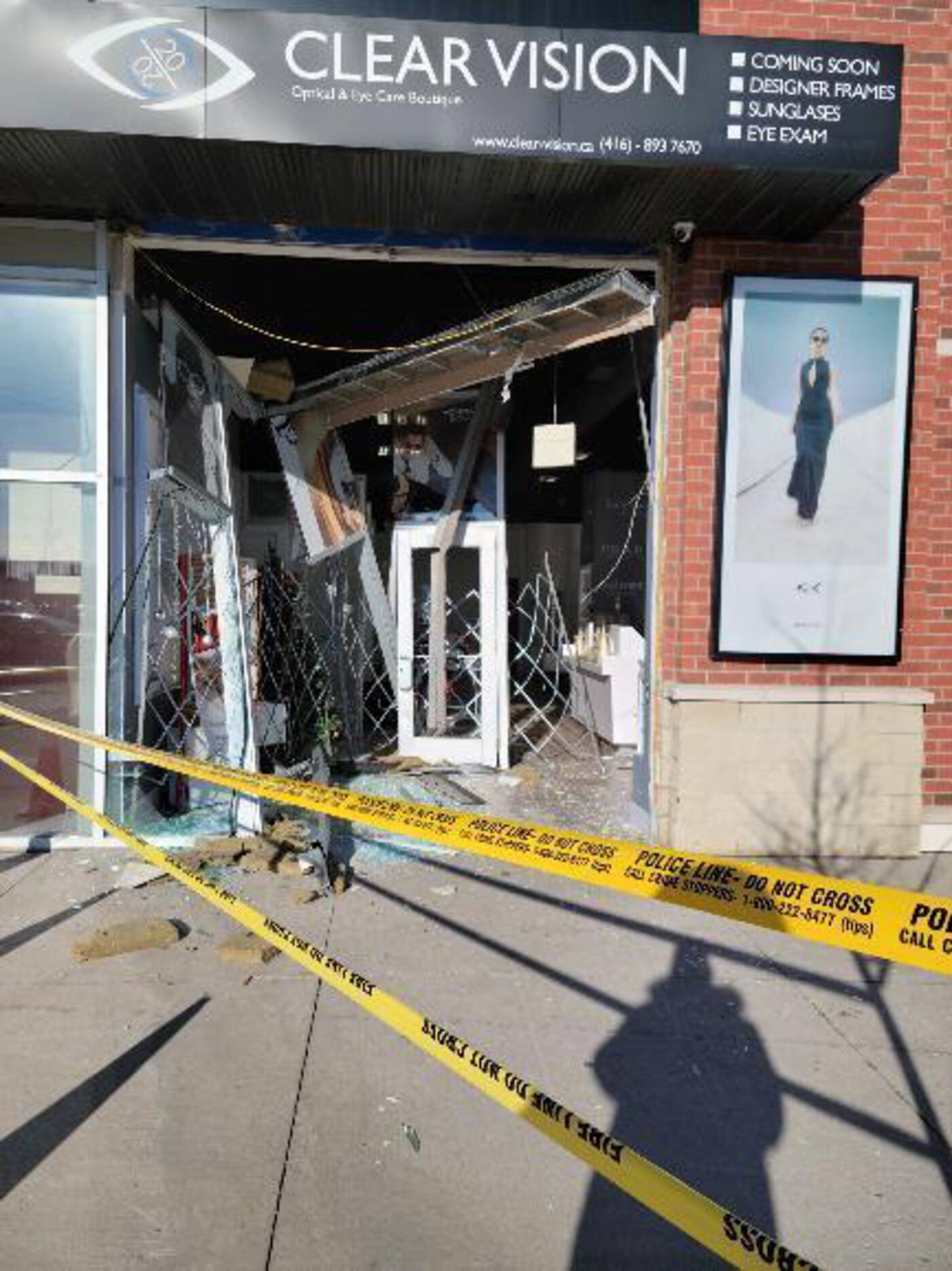 The entire front of the store was destroyed in the Dec. 14 break and enter.

Insurance will cover some of the items but the timing of the theft is devastating. As it is the end of the year, many people are using up their benefits and want to get new glasses, Chalifoux says.

"The worst timing is always around Christmas, especially in the optical industry is when everyone's using up their insurance money," he says. "They're coming for their eye exams. They're getting their prescription glasses. It's the busiest season for us."

Now they have no stock and it will take weeks or months to repair the damage to the store.

Police are investigating and the business asks that if anyone recognises the men in the security camera footage, they contact the Toronto Police Service.

"It's a warning for small businesses to take extra precautions," he says. "Especially during this time of year."